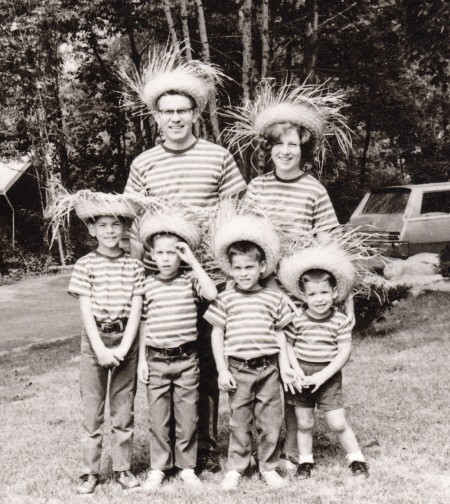 This book is dedicated to my daughter, who has been a constant inspiration in my life. Her insights into the next generation of parents have been remarkable, as well as enlightening, and inspired me to strive for a better America and to complete this work.

Cohen has roots in the heart of America. He grew up ten miles from Ferguson, Missouri, attended the University of Missouri School of Journalism, and has lived and worked ten miles from Ferguson for twenty-five years as an attorney specializing in family law. As a child, Cohen admired Robert F. Kennedy. As an idealistic young adult, he went into law to advance justice and equality. His new book, America Solved: A New Family for the 21st Century, connects dysfunctional family law to personal alienation, broken community, and despair. Written in the great American tradition of progressive social reform, Cohen’s new book proposes new family law to heal America. It’s well worth reading.

Cohen passionately believes that long-term, intimate personal relations are vitally important for adults, children, and community. He argues that children need a stable family of adults showing enduring love for each other and their children. About half of black men ages 25 to 34 are noncustodial fathers.[1] Among black children, 72% are born to unmarried mothers. About a third of young black men are awaiting trial for a crime, incarcerated, or on probation or parole. Black family and community breakdown, although deeply related to the historical legacy of American slavery, is being generalized to all Americans through child support and child custody laws. Given the injustices of those laws, men are increasingly uninterested in marriage and having children. With men socially defined as criminally suspect persons, men’s aspirations shrink towards short-term sexual couplings and not being bothered. The next generation of boys have few men to inspire and guide them. That at best produces socio-economic stagnation; at worst, riots.

Cohen’s book provides a brief, well-informed historical overview of child support and child custody law. Changes in dominant public values, most recently in affirming homosexual marriage, have driven changes in family law. Yet the resulting law is wildly inconsistent. Why does the state punish men with long-term financial obligations for doing nothing more than engaging in consensual sex of reproductive type? What interest does the state have in the specific terms under which a couple marries or divorces? These important questions are obscured in the dominant public misunderstanding of sex as private activity and marriage as a beautiful wedding, a Hollywood honeymoon, and affectionate companionship. Marriage is a legal relationship that now can be legally terminated at will by either party without any need for showing breach of obligation or fault. Ending a marriage involves public determination of the allocation of the couple’s assets and their future financial obligations to each other. Anyone thinking of having children or getting married must understand state regulation of those fundamental human activities. Cohen’s book helps to provide such understanding.

Cohen’s program for family-law reform centers on free, informed marital contracting and team parenting from the birth of a child. Marriage is now an obscure, one-size-fits-all legal regime that few understand before marrying. Moreover, when couples establish prenuptial agreements, courts often subsequently nullify those agreements in unpredictable ways. Cohen proposes that a couple be required to select an explicit marital contract before being married. That contract would provide a wide range of possibilities for personal customization in response to personal values, circumstances, and desires. Cohen’s book sets out a legal framework for free, informed marital contracting in considerable detail.

Team parenting from birth makes common sense of gender equality and working together. By virtue of human biology, women know for certain who their biological children are. Men deserve equal biological-parental knowledge under law through low-cost DNA testing. Cohen proposes regular establishment of such knowledge and reporting biological fatherhood truthfully on birth certificates. For children born to unmarried persons, current law focuses on establishing a man (not necessarily the actual biological father) as legally obligated to pay the mother child support. That law effectively punishes men’s sexuality and devalues fatherhood into paying money for having sex. Moreover, the legal focus on extracting money from men obscures child-custody issues vitally important to women. Cohen proposes that a team parenting plan be legally established at birth. That’s as reasonable and publicly important as shifting health care from treating illnesses to keeping persons healthy. Establishing team parenting at a child’s birth is easier and more effective than trying to establish joint custody amid a bitter custody dispute.

The greatest weakness of Cohen’s book is also its most endearing quality. Cohen is an idealist with a shining vision of great American family life and society. He makes bold statements, provides sweeping analysis, and urges radical change. He imagines with amusing satire Harry Truman growing up in America today. Prickly, intolerant persons might huff at Cohen categorically declaring “happiness only occurs in a life shared together in marriage.” Cohen has practiced family law ten miles from Ferguson, Missouri, for over twenty-five years and through the recent turmoil.[2] His book rises from his lived experience. His claims should be appreciated in that context.

Cohen apparently believes that great ideas are enough to produce great political change. Underlying the gross injustices and acute anti-men gender inequality of child support and child custody laws is the political insignificance of men. The dominant discourse of “gender equality” is stunning testimony to gynocentrism and anti-men gender bigotry.[3] Society, like intimate heterosexual relations, is becoming nasty and brutish. Near the end of his book, Cohen declares:

We must toss away all of these political animosities and dig in as never before against the same flood that destroyed so many empires before us, the crumbling from within. … After all, don’t fathers have daughters? Don’t mothers have sons?

Of course they do. Yet we have the gender politics that we have. Men leaders seeking to seduce women, please mother, and continue to be elected in our majority-women democracy with majority-women media patronage have made current child support and child custody law. This situation won’t change easily. Without much more powerful social and political support for ordinary men, great ideas for renewing family life won’t matter.

[2] Cohen’s ground-level practical knowledge of child-support law and practice is evident is his insightful description of prosecuting persons for child support arrears. See Cohen (2015) n. 135, pp. 271-3. His understanding of the common law of coverture is less up-to-date. He declares that coverture “in practical effect, put women, not on a pedestal, but in a cage.” Id. n. 3, pp. 223-4. The bitter irony in that statement is that coverture was very significance protection for women from the massive imprisonment of men for debt in late-seventh-century England.

[3] Most of the scholarly literature on child support and child custody is rife with anti-men bias. Mason (1994) provides a good example. That book might be better titled: From Formal, Largely Irrelevant Law of Father’s Property to Children’s Rights as a Pretense for Treating Fathers as Wallets. Cohen’s book seems relatively even-handed with respect to women’s and men’s interests. That might be considered inappropriate given the overwhelming dominance of women’s interests in current child support and child custody policies.