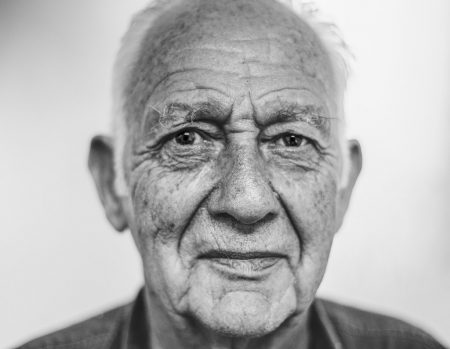 Marriages between rich old men and poor young women can regrettably experience difficulties. These marriages can contribute greatly to reducing wealth inequality. However, men under the oppressive social construction of gender experience crushing pressure to perform. Poor young women married to rich old men should make a special effort to encourage and support their husbands’ sexuality.

All wives, and especially young women married to old men, should guard against circumstances that might cause their husbands to become exhausted. One issue is men’s tendency toward competitiveness and men’s disregard for their own age and health. Consider the case of an old man married to a young woman in early fifteenth-century Florence. A handsome young nobleman fell in love with the wife. Nightly he would serenade her from the street outside her home. This became a mortal issue for the husband. He met with the young man’s father, a good friend for years, and bitterly complained that his son was killing him. The friend, horrified, asked how that could be. The husband explained:

Your son is desperately in love with my wife. Frequently with flutes and singing, he at night is waking up my wife and me. When we are aware of what’s going on, in order that my wife not desire another man, I try to have sex with her. As this happens too often, I am now not able to perform this manly work. If your son doesn’t desist from what he has undertaken, such sleeplessness will soon surely kill me.

The friend immediately ordered his son to stop serenading the old man’s wife. He thus saved the old man’s life. Wives of older men should be careful not to put their husbands’ lives at risk in this way. A simple preventive measure would be for wives to suggest gently to their husbands that they both together get sound-suppressing hearing aids to wear while sleeping. If the husband’s hearing aids already have such functionality, only one new set of hearing aids would have to be purchased.

All newly married women, and especially young women newly married to old men, should warmly nurture and support their husbands’ sexuality. Consider another case of an old man married to a young woman in early fifteenth-century Florence. Just as many women do today, the young women had received bad advice about men:

When a dearly beloved young woman married, older women indoctrinated her to refuse her husband’s first leap into her and not to surrender her bunker in the first tussle. The wife thus refused to have sex with her husband on their wedding night. The husband to navigate the passage expended the labor of having his mast full and ready. When he recognized her resistance, he asked why she wouldn’t yield herself to him. The maiden said that the reason was her headache. The husband, his staff lowering, turned around and slept until dawn.

So much for the joy of their wedding night. The young bride attempted to salvage this special occasion:

The girl, no longer feeling his embrace, regretted that she had followed the given advice and hadn’t consented to his request. She woke her husband and told him that she no longer had a headache. To her the husband then responded: “But now I have a tail-ache.” The virgin wife thus so remained.

That’s a terrible beginning for a marriage. It’s an ominous portent of sexless marriage. Neither husbands nor wives get any younger and more physically vigorous over time. Wives should happily make the most of each day that they can enjoy being with their husbands, especially when their husbands are older men.

Gather ye rosebuds while ye may,
Old Time is still a-flying;
And this same flower that smiles today
To-morrow will be dying.

The glorious lamp of heaven, the sun,
The higher he’s a-getting,
The sooner will his race be run,
And nearer he’s to setting.

That age is best which is the first,
When youth and blood are warmer;
But being spent, the worse, and worst
Times still succeed the former.

The great medieval church official Poggio Bracciolini recorded the cases of the two elderly Florentine men married to young women. The first is Facetiae 243, “The humorous petition of an elderly man incapable of his work of copulations {Faceta petitio senis laborem copulae non potentis},” Latin text from Poggio (1879) vol. 2, pp. 182-4, my English translation with help from that of id. The second case is Facetiae 231, “About the dear young woman mocked by her elderly husband {De adolescentula per senem maritum delusa},” similarly from id. vol. 2, pp. 162-3. Here are the Latin texts in machine-readable form.

The concluding stanzas of poetry are from Robert Herrick’s seventeenth-century poem, “To the Virgins, to Make Much of Time.”

[image] Face of an old man. Excerpt from a photo that Neill Kumar graciously contributed to Unsplash. The pictured old man of course has no specific relation to the cases of the old men in early fifteenth-century Florence.