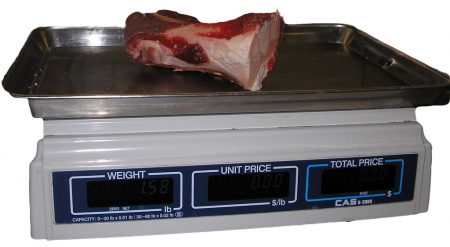 O, how harsh is Primas’s fortune!

The current social construction of gender and sexuality makes sex a service that men predominately purchase from women. Men pay women for sex with money, material goods, or even at the cost of their whole lives. That’s a structural gender inequality and an injustice. Moreover, the invisible hand of the sexual market leaves many men sexually impoverished, enjoying little more than the work of their hands. The great twelfth-century medieval Latin poet Hugh Primas personally understood these gender-based, sexual-market injustices. With elegant poetry and wry humor, Hugh Primas sought to educate men so that sexual-market injustices wouldn’t be men’s inevitable fortune.

Men’s sexuality has been so thoroughly commodified that the price men pay for sex with women is regarded to vary deservedly by sexual position and the man’s weight. Hugh Primas wrote down the words of a local whore:

I got two coins, but the foreign whore took five,
and deservedly, because, lying on her back, she bore a heavy weight.

Having the woman on top, or the man on top, is no significant hardship for either man or woman in having sex. Men’s sexuality is metaphorically disadvantaged. Men should not have to pay more for sex when they are superficially on top. Moreover, weighing men to determine the price they have to pay for sex dehumanizes men.

A more fundamental problem of gender justice is men having such a disadvantaged social-sexual position that they are effectively compelled to pay women for sex. Men are thus socially constructed as having no intrinsic sexual value:

Because you’ve nothing to give, the slightest chink of cash will carry her.
You promise her money, she’ll come back running to your door.
If your jingling wallet gives her the slightest hope of profit,
it calls her back. She’ll run to you, and dump the other man.
But if he’s not a beggar, the cheat will never jilt that lover.
A wallet calls a whore just as a leg of chicken or
a scrap of meat calls back to its master’s glove a sparrowhawk.
She’ll accept your money, then swear to you devotedly:
“I shan’t send you away unless you’ve first rejected me.”
When you give her a coin, she’ll swear that you’re her favorite man,
then fake some tears to prove you’re the prime object of her love.
“Even if someone else gives more, I love you more,” she says
to extract her presents and drain you dry of all your substance.
She guards her property and wears you down remorselessly.
And if you’re slow she baits you: give what she wants now, or she hates you.
Miserably you give her what’s yours, and as you hand it over
she won’t ask how you scraped it up, or where you’ll turn when bankrupt.

Being compelled to provide money is an onerous gender burden imposed disproportionately on men. Shrewd husbands and boyfriends encourage their wives and girlfriends to work for money for them continuously until their old age. If wives and girlfriends don’t want to work for money outside the home, husbands and boyfriends can work with them to earn money in a home-based business.

While the classical Latin poet Lucretius strove to dispel men’s delusions in love, many men are still ignorant about what impassions most women. Hugh Primas described the typical love experience of a beta man:

You’ve sent out for a whore, but she won’t leave the brothel before
she’s ready, never mind how many messages you send.
She does her face and hair, finds something prettier to wear,
rubs cream into her face, and then sets forth with leisured pace.
As soon as she’s arrived, she sits down panting as if tired.
She’s come from somewhere else, she says. Though she came to your house
yesterday, she’ll feign a bashful fear of being seen.
Welcoming her advent, a happy crowd of willing servants
hangs curtains all around, then spreads a carpet on the ground.
Your house is all aglow with roses and costly perfumes for
passion, and decked with hangings, to make sure it’s to her liking.
You offer splendid treats to impress this woman of the streets.
The cook strains his resources to serve a meal of many courses.
She scans the gourmet food in a half-sweet, half-sullen mood,
permits herself a taste, and lets most of it go to waste.
The whole house gives her homage. The butler brings her his best vintage:
she plays at sipping it — ignores the cost of shipping it.

At night she lies beside you like a new and virgin bride;
you mount her, and she cries over your thing’s excessive size,
nervously struggles, swears it’s really more than she can bear,
and, as she groans and begs, contracts the space between her legs,
which if she spread it wide, could take at least a mule inside.

Like most women, the whore didn’t find attractive a man who groveled servilely before her. Women tend to find sexually attractive men who act decisively, make demands, and don’t apologize:

Then if some fool foot-soldier, bare-footed, knocks at her door —
a cheap actor, a low servant, a habitual gambling ass, with
penis a stiff truncheon, almost about to break her door in —
a beltless pimp is let inside sooner than you.
A man on foot means more than Peleus, Diomedes, or
great Pelops to the whore: she runs so quickly to the door.
She hurries when she hears the oaf’s voice (brawling’s what she fears),
grubby and untidy, at his whim she’s ever-ready.
Whatever filthy places he demands, she has no shame;
hoping for small coin, into foul stable she’ll insert her head.

The loveless man bitterly resents the sexually successful men whom he regards as far below him in status and courtliness. That foolishness particularly characterizes modern, benighted men.

The medieval Latin poems of Hugh Primas offer men a priceless education. All men, and women too, should study them. That’s the most promising way to bring social justice to the heartless and cruel sexual market.

It was the flower season when she, my flower, the finest blossom,
left where we’d been sleeping and caused my sorrow and my weeping.
…
What are you grieving for, poet? Why cry over a whore?

All the quotes above are from the thirteenth-century poetry of Hugh Primas, also known as Hugh of Orléans. Little is known about Hugh. He apparently was a highly learned, worldly French cleric. He spent time in the cities of Amiens, Beauvais, Paris, Reims, and Sens. McDonough (2010) pp. xvi-xvii. For a good overview of all of Hugh’s poetry, see McDonough’s introduction and Pepin (1988) Ch. 3. Hugh of Primas and the Archpoet are generally regarded as the leading Goliardic poets.

I quote the Latin text for Hugh’s poems from McDonough (2010). That text is close, but not identical to, the Latin text of Meyer (1907), freely available online. The Latin text comes from the manuscript: Bodleian Library (Oxford), Ms. Rawlinson G. 109.

Whatever filthy game he asks of her she has no shame:
hoping for a small coin she’ll let him into her smelly den.

McDonough translated those lines as:

Whatever filthy places he demands [of her], she conceals her head in a stinking brothel without blushing, hoping for a trifling sum of money.

By broadly interpreting stabulo as “brothel,” McDonough may have obscured an allusion to a relatively unusual sexual practice that many would regard as degrading. I’ve adapted Adcock’s translation to be closer to the Latin and to leave open that possible allusion. Adcock’s English translations indicate the caesura of the Latin verse with spacing. I’ve eliminated such spacing to make the translations less intimidating for ordinary readers.

this man who arouses his rod with soft fingers
will outdo a ram in his sexual assaults.

Poem 16.52. McDonough labels Poem 8 “misogynistic satire” and, with respect to the whore in that poem, laments Hugh’s “degrading and lewd comments about her sex.” McDonough (2010) p. xxv. That’s dutiful support of female privilege. Anyone who takes such words seriously should label Poem 16 “misopontific satire.”