And let not women’s weapons, water-drops,
Stain my man’s cheeks! …
No, I’ll not weep.
I have full cause of weeping, but this heart
Shall break into a hundred thousand flaws
Or ere I’ll weep. [1]

Rapidly a storm blew up. Within its devastating effects, Lear remained defiant:

Blow, winds,and crack your cheeks. Rage, blow.
You cataracts and hurricanoes, spout
Till you have drenched our steeples, drowned the cocks.
You sulph’rous and thought-executing fires,
Vaunt-couriers of oak-cleaving thunderbolts,
Singe my white head. And thou, all-shaking thunder,
Strike flat the thick rotundity o’ th’ world.

The hurricane (named after the furiously crying her) kills cocks and fuels thought-suppressing fires. Ovid, the master teacher of love, sniffed out much better than Lear the working of women’s crying game:

If your lover’s late, throw him a sweet glance, sigh
Dramatically, deeply, ask him why,
Then begin to cry
As though in a jealous passion — and then
Claw his face with your nails.

Men have many reasons to cry today. Yet many men refuse to weep. Men won’t achieve gender equality with women until they learn to weep like women. Latin literature, especially Ovid, provides vital teaching to men on crying. 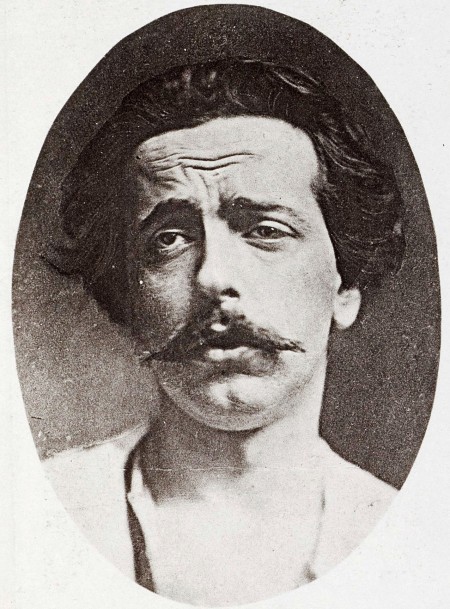 Men failing behind women in effective weeping is a relatively recent phenomenon. Empirical study makes clear that men today weep much less frequently than women do. Men also less often use tears to manipulate others.[3] But crying behavior wasn’t always gendered to provide men with less sympathy and less power. In Homer’s ancient Greek epics the Iliad and the Odyssey, revered warriors wept. Men and women in those ancient poetic masterpieces don’t differ in spontaneous expression of sorrow. Similarly, in ancient Greek tragedy, men cried in much the same circumstances as women did.[4] Major media today viciously disparaging men for crying. That’s a peculiar cultural development associated with today’s hard-heartedness toward men.

Women have learned to weep in order to deceive.
{ Didicere flere feminae in mendacium. }

A woman’s tear is the spice of mischief.
{ Muliebris lacrima condimentum est malitae. }

The Distichs of Cato, probably from the third or fourth century GC, advised men:

Fear not your angry wife’s words. But take care:
A woman by her weeping can ensnare.

The Distichs of Cato were a popular medieval Latin school text. Unfortunately, most students today never study medieval Latin literature. That particularly hurts men, because men are now not taught the importance of crying.

With formal educational institutions shirking their responsibilities, men must learn to cry by reading Ovid on their own. Ovid sets out women’s high standard of crying performance:

She can burst into tragic tears
And pretend that a jewel’s dropped from one of her ears.

The social construction of gender tends to support transfer of resources from men to women. But not all women are whores. Moreover, men who are guileful can get their lover’s gift back. In any case, well-educated men have to know how to cry when doing so is advantageous.

Tears, too, can be helpful — they can move stone.
If you can, show her cheeks wet with tears. If you have none
(They don’t always come on cue),
Dab your eyes with water; stage-manage the dew.

Crying is a critical survival skill for men living in gynocentric society:

Echo her views, whatever line she chooses;
If she laughs, laugh; if she cries, remember to do the same:
Your face must obey her rules.

That stricture applies mainly to today’s classroom discussions, workplace interactions with bosses, and expressing political views in public. Men seeking to stir women’s sexual desire must adopt more sophisticated strategies. Men who would practice the art of love without being incarcerated for their efforts must learn to cry.

We admire the valor of his attempts (and they come quite early) to be patient, to compromise, to hold back womanish tears, to cling to his reason. Nothing is more moving than his bewildered attempts to meet “social” obligations as he kneels by Cordelia’s body. We love his manliness.{emphasis in original}

Alfred Harbage, Introduction to King Lear, in Harbage (1969) p. 1062. This oppressive view of manliness tends to be associated with repressing vigorous literature of men’s sex protest.

[3] Vingerhoets (2013) pp. 129, 187-8. Here’s some gynocentric discussion of crying. Men cry less than women do even though men suffer more violence than women do, face devastating consequences of unplanned parenthood, and experience acute anti-men discrimination in family courts, among other heart-rending injustices against men.

Lord marshal Agamemnon rose up in their midst,
streaming tears like a dark spring running down
some desolate rock face, its shaded currents flowing.
So, with a deep groan, the king addressed his armies

With the extinction of most, or perhaps however, all of the traces of sage antiquity, one could not endure to continue to be free of tears when perceiving from what is set forth below how formerly the law used to take thought for the freedom of subjects, and how many the blessings were from which our time has fallen little by little as a result of the ill-fated plight of the governed.

[image] Man expressing grief, but not crying. Portrait from fold-out plate of photographs from Chapter Vll, Low Spirits, Anxiety, Grief, Dejection in Charles Darwin, (1872), The Expression of Emotions in Man and Animals. Thanks to Wikimedia Commons.