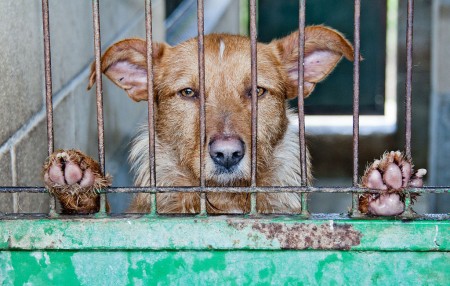 Men’s irrationality in entering the prison of marriage has long been recognized in literature of men’s sexed protest. In 1509, Wynkyn de Worde printed an English verse adaptation of the French prose work Les Quinze Joyes de mariage (The Fifteen Joys of Marriage).[2] This French source was written early in the fifteenth century. It’s a comic work of men’s sexed protest. The English translation, entitled The Fyftene Joyes of Maryage, is more solemn. Its introduction describes a man foolishly entering the prison of marriage:

As thus when men in youth courageous
With free will endowed and lustiness
Of their desire and mind outrageous
Without need, but of their foolishness,
Convey themselves from all their liberty
Nothing content with their felicity.

For whereas they may freely ride or go
And at their choice disport themselves over all,
I you ensure these young men will not so
When they least expect, then suddenly they fall
And unconstrained make their bodies thrall,
Like to a person that into prison deep
Without cause all hastily does creep.

So do they often for lack of kindly wit
And when they be within this prison strait
The jailor comes and fast the door shuts
Which is of iron strong, and in waiting
he lies often for dread that through defeat
By night or day some should escape out,
Right busily he pries all about.

He bars the door and makes sure all the locks,
The strong bolts, the fetters, and the chain,
He searches well the holes and the stocks
That woe be they that lie there in pain,
And out from there they shall not go again
But ever endure in weeping care and sorrow,
For good no prayer shall they ever borrow.

And especially men may call him besotted,
Far from reason, of wisdom desolate,
That thus his time misused has and doubted,
When he had heard such prisoners but late
Weeping, wailing, and with themselves debate,
Lying in prison as he has passed by,
And put himself therein so foolishly. [3]

The verses “suddenly they fall / and unconstrained make their bodies thrall / Like to a person that into prison deep” connects through simile imprisonment in lust to actual imprisonment and figuratively to the prison of marriage. Paul of Tarsus counseled Christians that it is better to marry than to burn with lust. The Fyftene Joyes of Maryage emphatically rejects Paul’s counsel. It figures imprisonment in marriage to be worse than imprisonment in lust.[4]

The Fyftene Joyes of Maryage contrasts the lover’s foolishness with the jailor’s diligence. Within their personal lives, many men enter into marriage without careful examination of the circumstances. Men are not, however, essentially fools. Men in their jobs thoroughly consider risks, seek to mitigate them, and diligently work to advance their employers’ objectives. Men make good jailors. Men predominate today among guards working in prisons that highly disproportionately imprison men. Men should guard more diligently their own personal lives.

[1] For women and persons entering homosexual marriages, the acute anti-men bias of family law doesn’t directly cause harm. But unjust justice is generally dangerous. Family law applied to person who have entered homosexual marriages isn’t likely to be fair and rational. Women dedicated to demanding careers and high earnings, and who allow their husbands the economic freedom that similarly motivated men have often allowed their wives, face to a lesser degree the risks and injustices that such men face.

[2] Scholars have attributed the anonymous Les Quinze Joyes de mariage to Antoine de La Sale, born perhaps in 1388. The anonymous English translation The Fyftene Joyes of Maryage has been attributed to Robert Copland, who flourished from 1508 to 1547.

Wynkyn de Worde printed the first edition of The fyftene joyes of maryage in 1509. He also printed The Payne and Sorrowe of Euyll maryage (ca. 1530), an English translation of De Coniuge non ducenda (Don’t Be Drawn into Marriage). That English translation is commonly attributed to John Lydgate, but without good reason. Boffey (1999) p. 237. Wynkyn de Worde seems to have appreciated literature of men’s sexed protest. He also printed Complaynte of them that been to late maryed and Complaynt of them that be to soone maryed. Id. p. 244. For discussion of these marriage complaints from a gynocentric perspective, Coldiron (2009) Ch. 5. Id., Appendix 3, provides the texts. For related medieval English poems, see Against Hasty Marriage (I) and Against Hasty Marriage (II) in Salisbury (2002).