Couples commonly argue about sex. Continually imbibing the poisons of rape-culture culture, women today readily feel hatred toward men. That makes girlfriend-boyfriend arguments about sex particularly nasty. Medieval Latin literature, which isn’t just for men, shows a more excellent way. It supports imagining what’s scarcely imaginable today. A woman can treat a man’s sexual feelings with compassion and respect, yet insist on what she understands to be proper conduct.

In twelfth-century France, a boyfriend and a girlfriend argued nicely about sex. They argued in Latin, the language regarded as appropriate for serious arguments. In accordance with the medieval church’s insistence on mutuality in marriage, this couple took turns saying to each other four-line stanzas of Latin poetry. They argued humanely, learnedly, and eloquently. The man started first, because his feelings were compelling him to rise.

Boyfriend:
I’m conquered and tormented by you, my sweet girlfriend:
your beauty prohibits that you demand excessively to be chaste.
Do what pleases Venus, or stop looking like Venus.
With me as teacher you can quickly learn Venus’s ways.

Girlfriend:
This pleases me and I desire that you in this way always be my boyfriend,
and this displeases me and I mourn that you sometimes be not chaste.
Flee from lust, I beg you, and embrace love.
One advises even a beautiful young man to maintain chastity.

The boyfriend starts strongly be asserting incongruities. His sweet girlfriend is bitterly defeating him and tormenting him. Being chaste is associated with sexual modesty. That’s a form of moderation.[2] Yet this sweet girlfriend is demanding moderation “excessively.” To make matters worse, she looks like Venus, the goddess of love, but doesn’t act with the sexual vigor of Venus. These incongruities don’t make sense. The boyfriend charitably offers to teach his girlfriend how to conduct herself with logical consistency.

Boyfriend:
The author of the book of love doesn’t support you.
By that author, no lover can always remember chastity.
But perhaps you aren’t a lover, although you confess so.
Your tongue sounds, yet your inner being seeks another way.

Girlfriend:
My sweet boyfriend, don’t offend my heart’s secret:
I love you more than too much, although you don’t believe me.
My love is thus no pretense, if that’s what you meant to say.
If they knew how to speak, what could my outsides say?

The boyfriend then invokes on his side Ovid, the great medieval teacher of love. Ovid authored The Art of Love {Ars Amatoria} and Loves {Amores}. Recognizing women’s power and authority, Ovid quoted the strongly drinking, independently thinking woman Dipsa on the merits of modesty:

When the time is right, the teacher of love advised boldness:

Now’s time to speak to her: flee rustic modesty, far
from here: Fortune and Venus favor the bold.

The boyfriend questioned on good authority whether his girlfriend was truly a lover. Moreover, in that questioning’s references to tongue, sounding, and love, the boyfriend implicitly invoked one of the highest Christian authorities, Saint Paul in his biblical letter to the Corinthians:

If I speak with the tongues of humans and angels, but I have not love, I am as sounding brass or a clanging cymbal.

Women rely on the power of gynocentric society. Wise men recognize authority from God the Father. This boyfriend was no sniveling woman-server.

In response to her boyfriend’s blunt criticism of her, the girlfriend responds sweetly. She re-affirms that he is “my sweet boyfriend.” She declares that she loves him very much with her heart. The boyfriend may have been disappointed not to perceive her face flushing, her body tingling, and her voice trembling. But if the love she felt inside herself had been able to express itself on her exterior, that’s what would have happened. In short, she affirms that she does want him sexually.

Boyfriend:
I don’t deny that I have caressed your breasts under your clothes,
for indeed anyone similarly permitted would have similarly caressed them.
Your thighs’ whiteness, even if you are unwilling, I would like thus to know,
if only through excessive manliness I could defeat you.

Girlfriend:
Your disposition is too simple, but not boring;
you don’t know the thinking of a virgin’s mind.
In prohibiting touching, she wants not to seem like a prostitute.
Yet she grieves inside that what she denies doesn’t happen.

With rhetorical sophistication, the boyfriend notes that they have already consensually engaged in some sexual intimacies. He affirms that in acting sexually with her permission, he did only what men normally do. Like adult male primates generally, men rarely force women to have sex, and they do so no more frequently than women force men to have sex. The boyfriend once again states his natural and valid sexual interest further down his girlfriend’s body.[7] Men frankly stating their sexual interest requires manly boldness. The boyfriend laments that his manly boldness isn’t enough to inspire his girlfriend to have the full measure of sex with him.

The girlfriend compassionately understands that men are romantically simple. She’s pleased that her boyfriend isn’t an insipid automaton who never says anything daring or offensive. She herself is a virgin and probably also debt-free and without tattoos. She doesn’t aspire to walk proudly in public as a self-identified slut. She doesn’t even want to seem to be behaving like a prostitute. At the same time, she’s a healthy woman with natural, healthy sexual desire for men. With self-conscious human sophistication, she doesn’t act on her every desire.

Boyfriend:
From love’s beginning this typically happens,
when an unexpected love burns in its first hours.
The other’s conduct is other when she finally knows.
If they like it, this is done otherwise because she then asks.

Girlfriend:
Blame yourself, don’t blame me, for confusing loves,
since I cannot become familiar with your various conduct.
Your youth rushes you here, there, and everywhere,
and so my love deservedly shows itself to you slowly.

The boyfriend knowingly explains that virgin women typically act shyly. In part because of such behavior, men historically have been structurally oppressed with a disproportionate gender burden of soliciting amorous relations. The boyfriend discretely and decorously explains, using biblical terminology for sex (“know”), that once a virgin woman has sex with a man, she enthusiastically seeks to do it again. That supports gender equality because she then asks the man for sex.

Having never heard of promoting gender equality in love, the girlfriend doesn’t understand and becomes flustered. She is less experienced than her boyfriend is, but knowingly parries the sexually loaded term “know” with a different word, “become familiar with.” She understands more about love than her boyfriend does. She understands that love for God is different from love for a human being. She understand that loving one’s neighbor, including loving the husband next door, isn’t the same as loving one’s own husband. She interprets her boyfriend’s interest in no longer carrying men’s disproportionate gender burdens as inconsistent conduct. She thus takes up the complaint with which her boyfriend began the argument. She insists that love with her progress slowly. As long as she pays for an equal share of their dates, her boyfriend might rightly continue to see her. As a woman in a gynocentric culture, she wields the privilege of having the last word. Resist!

My dearest, do not hold back,
let us dedicate ourselves now to loving!
Without you I cannot go on living:
now we must consummate our love.

Why, chosen one, does it please you to defer
what must be done eventually?
Do quickly what you will do:
in me there is no delay! 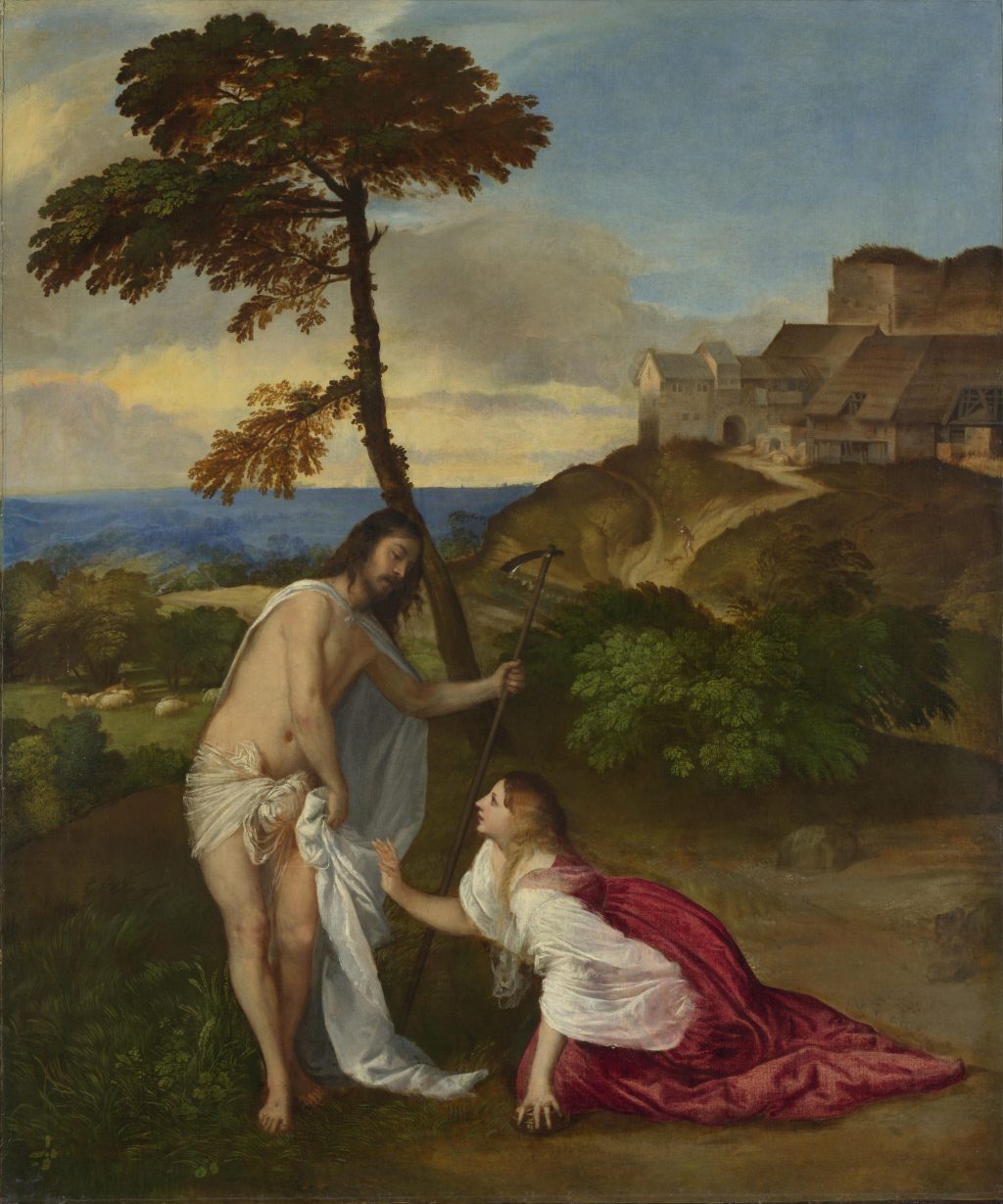 The medieval girlfriend and boyfriend argued nicely about sex. The girlfriend didn’t dehumanize her boyfriend by calling him a dog. She didn’t falsely accuse him of attempting to rape her. She didn’t verbally and physically attack him, and then get the police to arrest him for domestic violence against her. This medieval couple might even be able to discuss meaningfully abortion. In our age of ignorance, bigotry, and superstition, all couples should study medieval meninist literary criticism and learn from this couple.[9]

[1] Carmina Rivipullensia 9, titled “Ad amicam {To his girlfriend},” first line “Conqueror et doleo de te, mea dulcis amica {I’m conquered and tormented by you, my sweet girlfriend},” st. 1-2, Latin text from Wolff (2001), my English translation benefiting from Wolff’s French translation. Subsequent quotes, unless otherwise noted, are seriatum from the rest of this poem (covering all of it) and are similarly sourced.

The boyfriend here alludes to Paris’s letter to Helen of Troy:

Did you think this beauty of yours could lack fault?
Either you change your beauty, or be not obstinate – that’s necessary.
Great beauty is quarreling with modesty.

[2] The Latin root for both “modesty” and “moderation” is modus, meaning measure, bound, or limit.

[3] The question mark at the end of line 16 isn’t editorial. It’s from the manuscript. Dronke (1979) p. 24. That’s consistent with using punctuation to clarify the sense of the text. On that practice, Parkes (1978) pp. 138-9. For relevant discussion, see my post on punctuation poems, especially note [5].

[6] 1 Corinthians 13:1, Greek text and Vulgate translation (by which the Bible was known in medieval Europe) from Blue Letter Bible, my English translation adapted from standard biblical translations.

[7] Not all men seek to complete a sexual act of reproductive type. A medieval man declared to his girlfriend:

These last two stanzas in the Vienna version seem to allude to both John 20:17, “don’t touch me {Noli me tangere},” and John 13:27, “Do quickly what you are going to do {Quod facis fac citius}.” The whole poem draws significantly on the biblical Songs of Songs. This medieval poem, however, highlights men’s gender burden of providing luxurious goods to women in pursuing amorous relations. For detailed scholarly commentary on the Cambridge version, Ziolkowski (1994) pp. 251-60. For more general poetic commentary, Gray (2018) pp. 59-62.

Now come already, chosen sister
and … loved one,
bright light of my eye
and better part of my soul.

[9] Meninism isn’t concerned with only men. Meninist literary criticism includes both men and women and helps both men and women. It thus furthers the meninist project of promoting gender equality within humane, sophisticated civilization.

[images] (1) Sacred and profane love. Painting by Titian. Dated 1514. Preserved as accession # 147 in Galleria Borghese (Italy). Via Wikimedia Commons. (2) Resurrected Jesus telling Mary Magdalene not to cling to him. It’s commonly called Noli me tangere (“don’t touch me”) after an imprecise Latin translation of John 20:17. Painting by Antonio da Correggio. Made about 1525. Preserved as accession # P000111 in Museo del Prado (Spain). Via Wikimedia Commons. In Christian understanding, Jesus in his earthly life was fully an adult human male. After his bodily resurrection, he retained fully his adult male body.

7 thoughts on “how to argue nicely about sex with your boyfriend: a medieval lesson”