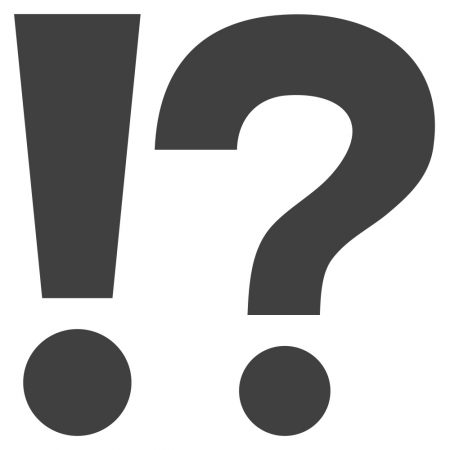 Written communication depends on shared understandings of graphical symbols (words and punctuation) and mutual experience of combinations of words being used in different ways (genres). No writer can require a reader to understand a text in the way that the writer meant it. Especially in our increasingly vicious and totalitarian age, writing is a dangerous activity. Historical knowledge of punctuation shows possibilities for misunderstanding and helps to support humane practices of reading.

If the reader’s sense or emotions do not tell him where he ought to feel exclamatory, he must suffer the consequences.[4]

That’s unfair. Men too often are assigned sole responsibility for mutual affairs. Moreover, even expert, highly attentive readers of Beowulf don’t know when the writer sincerely meant to be exclamatory!

Scribes and correctors punctuated texts to clarify their interpretations of them. Writing in 397, Augustine recognized that punctuation could affect the meaning of biblical texts. He advised punctuating an ambiguous scriptural passage such that its meaning is consistent with clearer words of scripture and church authority. He also urged interpreting ambiguous scripture in its scriptural context. Augustine even recognized the now-fashionable concept of textual indeterminacy:

Literary works and literary criticism are non-authoritative today. With respect to these works, readers always have a powerful option for readerly engagement and meaning-making. Readers should cultivate an under-appreciated form of punctuation. If you don’t like some text, cross it out in your mind and ignore it!

we do not agree, nor have we ever agreed, about this issue {of exclamation points}, and no one writes about it, as though a compulsion to pepper Beowulf with exclamation points were an embarrassing but unavoidable fact of life as an Anglo-Saxonist.

Medieval scribes and correctors punctuate where confusion is like to arise (if their Latin is sufficient to recognize the fact) and do not always punctuate where confusion is not likely to arise, even when they are concerned with the sententia literae. Because scribes and correctors were also readers they were concerned primarily with interpretation, especially with elements which might be subject to confusion. Elements which may have a similar syntactic function or convey similar meaning, and which are punctuated in one context, need not be punctuated in another when the context ensures that confusion is not likely to arise. This factor helps to explain why some modern scholars have regarded medieval punctuation as “irregular.”

[image] Exclamation point followed by question mark. Adapted from image on Wikimedia Commons, thanks to emojione.

Parkes, M. B. 1992. Pause and Effect: an introduction to the history of punctuation in the West. Aldershot: Ashgate.

Weiskott, Eric. 2012. “Making Beowulf Scream: Exclamation and the Punctuation of Old English Poetry.” The Journal of English and Germanic Philology. 111 (1): 25-41.