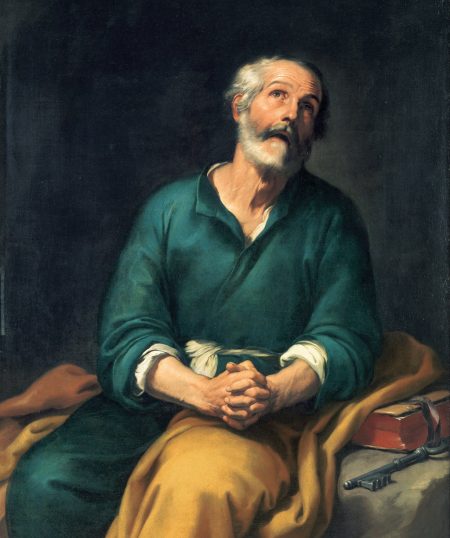 Weeping has made my cheeks all wet
for wicked words and lack of wit!
Unhappy I’ll be till I’ve atoned
for truthful telling, as conduct codes command,
regarding ladies’ love, which I have let,
that enlightens all with lovely light.
Often in jest I have them set,
in an unseemly way — there it sits!

It sits and seems for nought,
where it is said in song.
What I of them have wrought,
indeed, it is all wrong!

All wrongly I acted because of a wife
who caused us woe fully world wide:
She robbed us of riches rife,
who needed not hold the reins and us ride!
A strong one stopped her stormy strife,
who is with Heaven’s heart inside.
In her, one alighted who leads life
and shone through her worldly side:

Through her side he shone
As sun does through the glass.
No woman has ever been wicked, none,
since Christ aborn was!

There’s none who’s wicked, of whom I know,
who must for sin her cheeks wet;
They all live in blameless show,
and all are gracious as hounds where a table’s set.
Therefore in the mud I grow mad,
that wise saws I have spoken unspeakably —
my deceitful flesh, my false blood! —
on fields many times I fall to fete them fawningly:

At their feet I often fall
for falsehoods fifty-fold,
for all untruths to be tallied
with tongue as I’ve here told!

Now woe in the world has gone away,
And joy has arrived, as we would,
through a mighty, hating maiden,
who’s cast us from concerns cold.
Always my praise for women is fully laden,
and ever I publicly for them in defense hold,
and ever, as needed, I deny
that I ever said anything they didn’t like:

I didn’t and wouldn’t say aught,
for now nothing, of necessity to spout,
is true of that of them I wrought,
as Suzie was last to point out.

Suzie, source of reason right,
paragon of verse and poetry,
over hating maidens you hold might!
In mud I consider you the most mirthful lady,
of pedigree as fine as Judith Butler,
scholar starry, versed in verbiage,
everywhere students your heroics mutter,
and all heroes are in on your heritage:

tenure have those nobles obtained,
with scholarly play in hall;
may happiness for them remain
in the land of ladies all!

To fet Y falle hem feole
For falsleke fifti-folde,
Of alle untrewe on tele
With tonge ase Y her tolde!

Nou wo in world ys went away,
Ant weole is come, ase we wolde,
Thourh a mihti, methful mai,
That ous hath cast from cares colde.
Ever wymmen Ich herie ay,
Ant ever in hyrd with hem Ich holde,
Ant ever, at neode, Y nyckenay
That Y ner nemnede that heo nolde:

The Poet’s Repentance is a poem in Middle English written in the Harley manuscript (London, British Library MS Harley 2253). The poem’s first line, by which it is also known, is “Weping haveth myn wonges wet.” The Harley manuscript is dated to about 1330. Fein (2014) provides the full text of the poem, a modern English translation, and textual notes. I’ve found all three helpful.

The version above is a parody of The Poet’s Repentance. Relative to Fein’s translation, I’ve used more alliteration, more rhyming, and more unusual syntax to come closer to the Middle English. I’ve inserted a few more direct or alternate references to make the poem more accessible and interesting to modern readers. I’ve also eliminated the fourth stanza. The original Middle English poem had six stanzas. Compared to medieval readers, modern readers are less likely to attach significance to the number six, and more likely to tire in reading poetry. Eliminating the fourth stanza thus makes the poem more accessible today.

Some differences between my version and Fein’s translation reflect what I consider to be a better translation of the Middle English. In the original, the final clause of l. 5 is “that Y ha let.” Fein translated that as “which I have hindered.” Another meaning of “let” in Middle English is “granted.” I’ve used “let” to retain that ambiguity and the rhyme. Moreover, the ambiguity of “let” plays with the ambiguity of “Bruches broken” (“transgression committed” or “transgression enjoyed”). On the later ambiguity, Ransom (1985) pp. 5-6. “Bruches broken” I’ve translated conceptually, consistent with its ambiguity, as “truthful telling.”

Based on Ransom’s learned critical discussion of “Ant are al hende ase hake in chete” (l. 28), I’ve translated that line as “and all are gracious as hounds where a table’s set.” The word “chete” is attested in only this single instance (it’s a hapax legomenon). Following the argument of Olof Arngart, it’s best understood as “some kind of hut or outhouse.” For “hake” (an earlier, widely reproduced reading of the manuscript facsimile here was “hak”; see Ker (1965) p. 33), scholars have implicitly or explicitly amended the text to “hauk {hawk}.” In Middle English, “hak” can mean “a heavy agricultural tool for grubbing, chopping, or cutting.” “Hende in hall” is a common alliterative phrase. Ransom argues convincingly that “hende ase hake in chete” is a parody of that phrase. In that way it’s similar to “as hende as hounde is in kychyne”  from Piers Plowman B v. 261. Ransom (1985) pp. 15-6. My translation uses a rhyming variation following the insight from the Piers Plowman verse.

In l. 29, Fein translated “mot” as “sorry.” However, Ransom pointed out that if “mot” is derived from Old English or Old Norman, it most plausibly means “mad” or “silly.” Id. pp. 16-7. In l. 35, “on tele,” coming from the Old English tael, means “in calumny” / “slanderously.” Id. p. 17. Fein translated the word as “in slander.” But tael could also come from the Old English (ge)tael, which means “number, tally, or reckoning.” Id. That’s the meaning I’ve used above.

Critical interpretations of The Poet’s Repentance reflect our age of ignorance, superstition, and bigotry. Within the relatively liberal expressive circumstances of medieval Europe, men’s sexed protest didn’t evoke vicious, vacuous, gynocentric name-calling. Now, however, scholars perceive in The Poet’s Repentance “veiled misogyny”and the poet’s “former {unveiled?} misogynistic stance.” Fein (2014), introduction, Margherita (1994) p. 72. The Poet’s Repentance is a riotous marvel of verbal sophistication, Nonetheless, one scholar opined, “all that he can engage in are misogynistic and antifeminist clichés.” Choong (2006) p. 28. Despite the poem containing pervasive, subtle ambiguity, another scholar declared it to be a “tendentious joke about women and language.” Margherita (1994) p. 75. Other scholars read it as “an essay in mock contrition on the part of a poet who remains wedded to his anti-feminist prejudices.” Bishop (1989) p. 304, attributing such a view to Ransom. The concept of “anti-feminist prejudices” is a prejudicial gynocentric anachronism. It should have no place in enlightened study of medieval literature of men’s sexed protest.

By far the best scholarly work I’ve read concerning The Poet’s Repentance is Ransom (1985), Ch. 1. While Ransom repeatedly used the gynocentric term “antifeminism,” he applied great learning and considerable imagination to close reading of the poem. He perceptively observed, “our poet is smiling at the female pretension to a privileged and perpetual virtue.” Id. p. 15. Scholarly reviewers, not surprisingly, condemned Ransom’s study. Stemmler went as far as to claim that, with respect to The Poet’s Repentance, “Ransom bases his argumentation on line 28.” Stemmler (1986) p. 234. That seems to me patently false.

According to Freud, obscene jokes uncover the mutually dependent relationship between wooing or seduction and sexually-based aggression. … As the absent other, woman legitimizes the narcissistic moment in courtly discourse. Her presence-as-absence facilitates the equation of femininity and psychic danger; she is, within the courtly lyric, both desired object and jettisoned abject. The ostensible paradox provides the epistemological bases of the metaphoric condensation of feminine instability and linguistic indeterminacy. Elusive or perfidious women stand in for slippery signifiers, and for the sexual undecidability that is a condition of psychic life. It is thus through the representation of women that the explicitly homosocial and implicitly homoerotic exchange that marks the lyric event becomes an affirmation of patriarchy rather than a threat to it;

Margherita (1994) p. 71. This criticism is similar to a recent theoretical approach to Aucassin et Nicolette, but less entertaining, I think. Further developing such literary scholarship, here’s Choong on The Poet’s Repentance:

Recent gender criticism influenced by the psychoanalysis of Freud and Lacan has similarly alerted us to the collapsible distinctions between pen/phallus, paper/vagina, ink/sperm, by highlighting how textuality is inextricably linked with sexuality and the corpus (“body”); and being the key both to unlock meaning in a text as well as to problematize it, it is impossible for us to ignore the implications. … The homosocial context, where the poet-persona includes himself within a comitatus (community) of troubadours and trouvères engaged in the use of women as “token of exchange”, necessitates his gazing upon the “body” of Richard, the “man” who has truly embodied “woman” in his poetry, so conducting his eulogy of Richard through the extant body of his writings. However, the assertion, that “Richard” is the “man” who has fully embodied the masculine ideal of courtly poetry, is charged with irony, since “Richard” himself is performed as an empty referent, one whose life has been claimed by “hendelec” (“fortune”), and has thus ascended to heaven very much like Mary. The final four verses of the lyric ends with a masculinized fantasy that remains at best incorporeal, of Richard ending up in a paradise filled with ladies enamoured of him – an allusion to the Muslim idea that those who are martyred for their holy beliefs will end up in heaven with seventy black-eyed virgins to serve them (Richard for his “holy” beliefs of “love”, amor courtois).

Choong (2006) p. 31. Such analysis shows no awareness of the danger to men in engaging in sexed protest about gender injustices against men. Such danger helps to explain the verbal sophistication of The Poet’s Repentance.

7 thoughts on “The Poet’s Repentance, updated: apology for man’s wrongs to women”