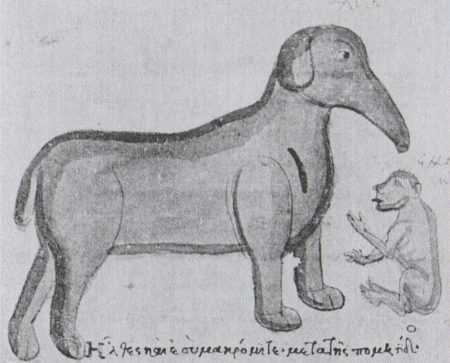 Under current codes of conduct a person can easily commit the offense of communicating offensively. Consider, for example, the code of conduct for a recent computer programming conference. That code declared:

Harassment includes offensive communication related to gender, sexual orientation, disability, physical appearance, body size, race, religion … Be careful in the words that you choose. Remember that sexist, racist, and other exclusionary jokes can be offensive to those around you. Excessive swearing and offensive jokes are not appropriate [1]

Under this code, harassment, which is now commonly defined as a criminal offense, includes offensive communication.  A leading tech-conference organizer elaborated on the offense of harassment:

The conference organizer asserted broad jurisdiction for its code of conduct, declared its discretion in judging violations, and stated that it would deport a participant without refunding the participation fee that it collected:

We expect all participants—attendees, speakers, sponsors, and volunteers—to follow the Code of Conduct during the conference. This includes conference-related social events at off-site locations, and in related online communities and social media. Participants asked to stop any harassing behavior are expected to comply immediately. Conference participants violating this Code of Conduct may be expelled from the conference without a refund, and/or banned from future O’Reilly events, at the discretion of O’Reilly Media.

Persons happily attend O’Reilly conferences under this code of conduct. Persons also happily live under totalitarian governments. One should aspire to be under much more liberal rules, or at least to enjoy the communicative liberty that persons did in medieval Byzantium.

While Byzantium had a nominally all-powerful emperor and state-institutionalized Christianity, public discourse in Byzantium encompassed harsh, wide-ranging invective. For example, in Byzantium about a millennium ago, the low-ranking government bureaucrat and poet Constantine of Rhodes attacked the high official Leo Choerosphactes. Constantine did that with a twenty-four verse Greek poem. Each verse of the poem consists primarily of one compound insult word. Some characteristic verses in fairly literal translation:

In the fourteenth-century Byzantine work An Entertaining Tale of Quadrupeds, a wolf publicly disparaged a bear:

You honey-munching, loathsome, squinting dirtbag,
who never dares look up! You cross-eyed, stump-legged
mere toy for foolish gypsies to make sport with,
you who subsist on acorns and on pears
and feeds on myrtle and arbutus berries! [4]

A rat called a cat a “shameful, filthy, flour-shitter.” A deer attacked a boar as “a gross-toothed beast brought up in dung.” An elephant screamed at a monkey to get off the speaker’s stage:

Get out, you utter filth, you skeleton,
you offscouring! You louse-munching, nit-nibbling,
disgusting dirt-face who eats bugs, flies, fleas,
and all the other tiny filthy beasts!
Get off the stage, before you foul us all up!

The invective among animals in this poem seems to be modeled on that among humans in fourteenth-century Byzantium. If anyone spoke like that to a conference speaker today, most likely armed men would come and forcibly remove him from the room.

Disparaging persons as non-human animals has been a common tactic in human communication throughout history. A leading authority on fictional literature about animals noted:

humanizing animals and animalizing human beings have long been mainstays of many adult insults and jokes, especially ones concerned with class and ethnic struggles. [5]

Diversity of viewpoints, vigorous dissent, and harsh invective are vital to maintaining humane, liberal society. A New York University Vice Provost who acted like an intellectual thug in making mendacious claims about “dehumanizing” words is worse than a louse-munching, nit-nibbling, disgusting dirt-faced monkey. University of Sidney Student Union officials who disallowed showing of the men’s human rights film The Red Pill are loathsome, cross-eyed dirtbags. So too are cinema managers in Australia who, under pressure from anti-meninists, canceled sold-out showings of that film. Such persons encourage shouting down unliked speakers and physically assaulting them. They direct public life toward vicious gang warfare. Communicative codes of conduct for many conferences and online communities are part of that same shameful fascist tradition.

Defend freedom of speech by peacefully, bravely, and wisely practicing it.

[1] From the Python Software Foundation’s Code of Conduct for the PyCon (conference) in 2016 in Portland, OR. With this communicative code of conduct, the twenty-first-century U.S. West Coast is similar to seventeenth-century Puritan New England.

[2] From the Code of Conduct for O’Reilly conferences, as is the subsequent quote. In actual practice, if a woman complains that a man has said or shown something that has offended her, penile officials are likely to spring into punitive action. The man will face considerable risk of social mobbing and being symbolically tarred and feathered. I find the O’Reilly Code of Conduct to be offensive and harassing. Of course, men’s welfare is of relatively little concern. Concern for making communities safe from offensive communication tends to make them unsafe for those historical targeted for real, authoritative punishment — men.

To hell with you, you poisonous snake,
you sea of evils, you flood

Cited in Walker (2004) p. 70. To a monk named Jacob, Psellos composed an eight-part pseudo-canon “portraying Jacob as a gluttonous drunk who, among other things, squeezes wine directly from the fermented mash down his throat to his distended gut.” Id. Leading twelfth-century Byzantine intellectual Theodore Prodromos also dehumanized others:

Theodore Prodromos’s Philoplaton or the Tanner of Leather compares a fellow scholar who intends to “improve” on the works of Plato to “a pig with a brilliant jewel dangling from its snout… a monkey with a golden slingshot in its hands” — this straw Praxiteles, his skin full of filth and hands marked by calluses and cuts, should return to his manual occupations instead of swallowing Plato’s works in their entirety.

[image] Elephant and monkey arguing. Illumination from manuscript of An Entertaining Tale of Quadrupeds, Constantinopolitan Graecus Seraglio 35 (folio 65v). This manuscript was written in 1461 in Venetian Negroponte (Euboea). Nicholas & Baloglou (2003) p. 98. Under the expert and influential legal understanding of Wikimedia Commons, this image is in the public domain in the U.S.

7 thoughts on “repressive codes of conduct for communication now pervasive”