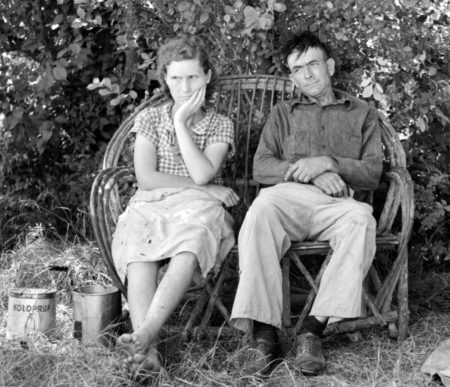 Medieval thinkers seriously examined gender differences related to lying about sexual encounters. Consider, for example, Cicero, a classically inclined priest at the church of Saint Mark near Perugia in early-fifteenth-century Italy. He ended a sermon at that church with a question for the men:

“Brothers,” he said, “I desire that you free me from a great uncertainty. During Lent, when I heard your wives’ confessions, not one confessed that she had violated the fidelity that she owes her husband. You, on the other hand, all generally admitted that you had sex with other men’s wives. In order that I no longer vacillate in doubt, I desire to know from you: who and where are the women you have fucked?

More recent empirical evidence indicates that, within the same population, women report having many fewer heterosexual partners than the men report.[2] That’s not mathematically possible. As defenders of Bill Clinton’s handling of his affair with Monica Lewinsky instructed the world, lying about sex is common behavior. Men tend to lie that they had sex with more women than they actually did, and women tend to lie that they had sex with fewer men than they actually did. At a social level, this gender differences correlates with denial and obfuscation of statistics on women raping men.

Medieval stories recognized complexities in lying about sex. For example, a medieval townsmen named after the gyno-idolator Dante heard from friends that his wife was cuckolding him. He bitterly criticized her for betraying their marriage. But she swore that she was faithful:

asserting that all was concocted by malevolent persons who envied their peaceful life together.

Like many husbands, this husband believed his wife about her sexual behavior. He challenged his friends who told of her infidelity:

“Oh! Don’t deafen me with more such words. Tell me,” he said, “can you possibly know better about her misdeeds than she herself?

Thus challenged, his friends truthfully affirmed that, as his wife had stated, they couldn’t know more about her misdeeds than she did. The husband then condemned his friends:

She affirms that you all are liars, and I have more faith in her alone than in all of you here together.

The crux of the story is the wife both lies and tells the truth about sex. The husband is a fool because he believes that his wife must either always tell the truth or always lie about sex.

An unrecorded variant of the medieval story recognizes that lying about sex could be taken to the meta-level of lying about lying. In this variant, the husband questions whether his friends could know as much about his wife sexual misdeeds as she does. Assuming his friends included the men who had been sleeping with his wife, they could know as much about her sexual misdeeds as she does. But to avoid revealing that they had betrayed their friend, they lie and affirm that his wife knows more about her misdeeds than they do. When the husband then declares that his friends are liars, he again makes the mistake of assuming that persons always tell the truth or always lie about sex.[4] 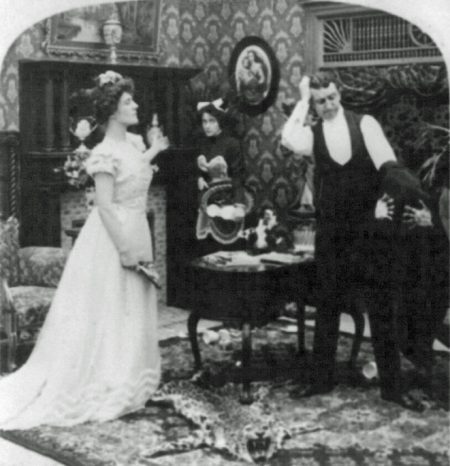 Medieval stories recognized, as should all defendants hauled before college sex-crime tribunals, that remaining silent is wiser than telling the truth in some cases. For example, a wealthy fuller lived with his wife and many man-servants and maid-servants. The fuller lusted after the prettiest and most charming of his young maids. He wasn’t content merely to engage in the male gaze. But his direct approach was redirected through his wife’s indirect approach:

With him much more than frequently asking her for sex, she brought this matter to the lady of the house. She advised her to assent to her master’s request. At the appointed day and hour at a secret and dark place, the lady substituted herself for the maid. The husband came and had sex with the woman, not knowing that she was his wife.

The fuller felt delightedly fulfilled. He was willing to share his delight:

After finishing his work, he left the room, narrated what he had achieved to one of his young men, and urged him to go and likewise thrust with the maid. The young man went in. The woman took him for her husband and didn’t say anything. After that, the husband sent in another young man. The woman again took this man for her husband, and had intercourse for a third time. All three men she thought were her husband, and they believed that she was the maid.

The wife subsequently lied to her husband about this sexual affair. Her husband, knowing the truth, wisely remained silent:

Afterwards the woman secretly left the place. During the night she rebuked her husband for being so lustful towards their maid as to have sex with the maid three times in one day. The husband said nothing about his error and his wife’s fault, which he himself had caused.

Sometimes staying silent is better than telling the truth. Life is complicated. That’s reality. In contrast, today’s simplistic “listen and believe” dogma promotes fantasy, ignorance, and anti-men bigotry. Persons who aspire to achieve at least a medieval level of enlightenment should be skeptical about what they have heard. They should also wonder about what they haven’t heard. An engaged, questioning mind is especially important in considering woman’s and men’s claims about sexual encounters.

[1] Poggio Bracciolini, Facetiae 123, “The obscene question of a certain priest {Interrogatio obscena cujusdam sacerdotis},” Latin text from Poggio (1879) vol. 2, pp. 4-5, my English translation with help from that of id. Here’s the Latin text in machine-readable form.

[2] Mitchell et al. (2018) studied a “stratified probability sample survey of 15,162 men and women aged 16 to 74 years in Britain, interviewed between September 2010 and August 2012.” Men in that survey reported having an average of 14.1 sexual partners in the course of their lives, while women reported an average of 7.1 sexual partners. That gender difference isn’t consistent with reasonable estimates of gender differences in homosexual couplings and gender differences in extra-population sexual coupling. Women and men must be differently misreporting their sexual affairs.

[3] Facetiae 139, “The story of Dante, who frequently scolded his wife {Fabula Dantis qui saepius uxorem increpabat},” Latin text from Poggio (1879) vol. 2, pp. 28-9, my English translation with help from that of id. The subsequent two quotes are from id.

[4] While this version of the story isn’t recorded to my knowledge, it’s consistent with medieval Latin rhetorical sophistication in addressing sex and marital life.

Facetiae 270, “About a miller deceived by his wife, who fed him five eggs for breakfast {De molendinario ab uxore decepto et quinque ovis refecto},” tells a similar story about a miller. In this case the husband and only one servant had sex with the wife. The wife served her husband with five eggs as a reward for this sexual service.