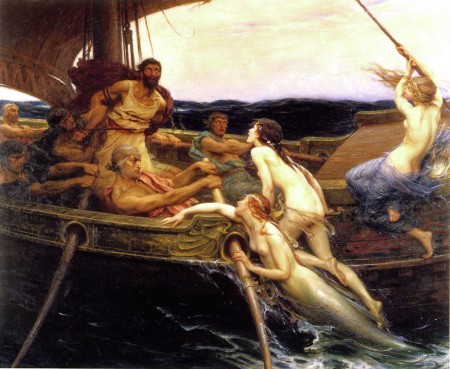 Today, as in Europe in the days of Valerius and Rufinus, men are silenced. Loqui prohibeor et tacere non possum. They forbid me to speak, and I cannot be silent. I detest the incessant howling of humans who lack the songs of a dog except one. Rufinus, Valerius’s friend, wanted to marry. Heloise urged Abelard not to marry. They now say that’s misogyny. They forbid me to speak.

Women encircling men delight them with the attention, praise, and bodies of women. You will become a husband surrounded by one threefold monster with the face of a taskmaster, the belly of an accepted fatty, and a tail you hardly ever see. Ulysses too was enchanted by women, especially the Sirens. Veritatis vinculis sibi vim fecit, ut vitaret voraginem. I foretell you will remain a man, but many are becoming manboobs. I am afraid. They forbid me to speak.

Lest you become a pig or an ass, I cannot be silent. Walter Duranty, a Pulitzer-Prize winning journalist, reported for the New York Times from the Stalinist Soviet Union amid the famines of 1932-1933. He explained to readers:

But — to put it brutally — you can’t make an omelette without breaking eggs, and the Bolshevist leaders are just as indifferent to the casualties that may be involved in their drive toward socialization as any General during the World War who ordered a costly attack in order to show his superiors that he and his division possessed the proper soldierly spirit. In fact, the Bolsheviki are more indifferent because they are animated by fanatical conviction.

Now Ezra Klein, a minister of Babel positioned in new media like Walter Duranty was in old, has taught readers the merits of arbitrary criminalization of men’s sexuality. Recently Klein coolly wrote:

Critics worry that colleges will fill with cases in which campus boards convict young men (and, occasionally, young women) of sexual assault for genuinely ambiguous situations. Sadly, that’s necessary for the law’s success. It’s those cases — particularly the ones that feel genuinely unclear and maybe even unfair, the ones that become lore in frats and cautionary tales that fathers e-mail to their sons — that will convince men that they better Be Pretty D–n Sure.

Convicting men for “genuinely ambiguous situations” is “law’s success” only in a culture of misandry without reason. That’s our mire in which you want to marry. I cannot be silent.

You have many advocates for your desire. They pour you honeyed poison that goes down pleasantly. It pleases you. I cry out bitter truth that you loath. They forbid me to speak.

Prima primi uxor Ade post primam hominis creationem primo peccato prima solvit ieiunia contra preceptum Domini. In the beginning in the apes’ forest, scholars have said that males were demonic and social groups gynocentric. Truth, which cannot be deceived, says otherwise. I have no wife to lay down for you. I will lay down my life for you. I cannot be silent.

Det tibi Deus omnipotens omnipotentis femine fallatia non falli. Let the women go first. Let them go first into the elevator to ride to the top of modern life. May the fire of my love shine a light into your heart. I have written boldly, perhaps with incivility, but that is necessary. Heloise understood. I am afraid. Stay here with me. Farewell.

The above includes text from Dissuasio Valerii ad Rufinum philosophum ne uxorem ducat (Letter of Valerius to the philosopher Rufinus, dissuading him from marrying). Walter (Gualterus) Map wrote that Latin work probably in the late 1170s. Map, who was Welsh, was a courtier to King Henry II of England. Dissuasio Valerii ad Rufinum apparently circulated on its own. Map later incorporated it into his De nugis curialium (1180-1183) as Distinction IV, Chapter 3. The Latin text and English translation, with interpretive and textual notes, are available in Hanna & Lawler (1997). The Latin text is freely available online in James (1914) pp. 143f.

Neither medieval commentators nor modern scholars have appreciated Dissuasio Valerii ad Rufinum as literature of men’s sexed protest. Four of the medieval commentaries are primarily concerned to explicate classical allusions. The other three moralizing commentaries, according to the book blurb for Lawler & Hanna (2014), “mount eloquent defenses of women.” For example, one declares, “Of Lais, Livia, Deinira and Lucilia I concede that they were dangerous; (but not all women are dangerous).” Lawler & Hanna (2014) p. 288 (Commentary Four, “Valerius qui dicitur parvu,” on Chapter Six).  A manuscript of the medieval commentary “Hoc contra malos religiosos” explains:

What he means to say is that the number of bad women is very much greater than that of the good. Indeed, morally speaking, this is just as true of men, which is something to be regretted.

Cartlidge (1998) p. 159. Lawler & Hanna (2014) follow the approach of those medieval men commentators and ponders at length “anti-feminism” in Dissuasio Valerii ad Rufinum. Scholars today might more usefully ponder the male gender protrusion in mortality and incarcerating men for having done nothing more than have consensual sex and subsequently not being able to make the legally required payments.

The Latin phrases in the text above are from Dissuasio Valerii ad Rufinum. Here are English translations of those phrases: