Who is there who was once my enemy, whether man or woman, who is not moved now by the compassion which is my due? Wholly guilty though I am, I am, as you know, wholly innocent.

In a subsequent letter, Heloise explained:

But even if my conscience is clear through innocence, and no consent of mine makes me guilty of this crime, too many earlier sins were committed to allow me to be wholly free from guilt. I yielded long before to the pleasures of carnal desires, and merited then what I weep for now.

In Heloise’s apparent understanding, Abelard’s castration and the castration and blinding of the other two men flowed not from Heloise and Abelard’s sexual affair, but from their disastrous marriage. That disastrous marriage led to Heloise, who did not suffer any physical violence, being deprived of her delight in Abelard’s sexuality. Heloise is worthy of compassion and wholly innocent because she strongly objected to that marriage. Throughout history, few persons have argued as forcefully and eloquently against marriage as did Heloise. Men and women everywhere should listen to Heloise. 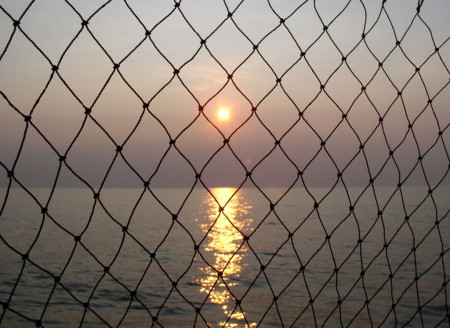 Heloise selflessly recognized that her marriage to Abelard would oppress Abelard. She urged Abelard not to marry her. After their disastrous marriage, Abelard mournfully recalled Heloise’s sage words:

How indecent, how lamentable it would be if I, who nature created for all humanity, should bind myself to a single woman and submit to such base servitude. She most strongly rejected this marriage. It would be nothing but a disgrace and burden to me. Along with the loss to my reputation she put before me the difficulties of marriage … What harmony can there be between pupils and serving women, desks and cradles, books or tablets and distaffs, pens or quills and spindles? Who can concentrate on thoughts of Scripture or philosophy and be able to endure babies crying, nurses soothing them with lullabies, and all the noisy crowd of men and women about the house? Who will put up with the constant muddle and squalor which small children bring into the home?

Jerome fabricated a work of Theophrastus to persuade widows to reject marriage out of compassion for men. Like many holy women in Jerome’s own time, Heloise, even as a single woman, took to heart Jerome’s lesson. She counseled Abelard with St. Jerome’s wisdom:

St. Jerome in the first book of his Against Jovinian recalls how Theophrastus sets out in considerable detail the unbearable annoyances of marriage and its endless anxieties, in order to prove by the clearest possible arguments that a wise man should not take a wife

Heloise figured herself as Marcella, one of Jerome’s close female associates, and Abelard as Jerome.[5] Jerome did not marry. Heloise wanted Abelard to live like St. Jerome, with additional pleasure.

Heloise’s courageous rejection of the formal institution of marriage did not imply rejecting sexual relations. Heloise and Abelard delighted in having sex with each other. Heloise recognized that day-to-day association in the ordinary affairs of life can dull romantic ardor:

She argued that the name of lover instead of wife would be dearer to her and more honorable for me — only love freely given should keep me for her, not the constriction of a marriage ties, and if we had to be parted for a time, we should find the joy of being together all the sweeter the rarer our meetings were.

The name of wife may seem holier or more valid, but sweeter for me will always be the word lover or, if you will permit me, concubine or whore.  … Your yourself on your own account did not altogether forget this in the letter of consolation I mentioned, which you wrote to a friend. There you thought fit to set out some of the reasons I gave in trying to dissuade you from binding us together in marriage and in an ill-starred bed. But you keep silent about many of my arguments for preferring love to marriage and freedom to a chain. God is my witness that if Augustus, emperor of the whole world, thought fit to honor me with marriage and conferred all the earth on me to possess forever, it would seem dearer and more honorable to be called not his empress but your prostitute.

A disastrous marriage is much more likely for men today. Family law is now a whirlpool of anti-men bigotry. For example, if a wife bears a child from an extramarital affair, the law will impose a conspiracy of silence and force financial obligations upon the cuckolded husband.[8] Men should listen to Heloise. Men should not get married.

[1] Heloise to Abelard, Letter 2.13, Latin text and English trans. from Luscombe & Radice (2013) p. 137. In all subsequent quotes, the Latin text is from id. (with v used in place of u where appropriate, and similarly for j relative to i). I’ve made some minor changes ocassionally in the Luscombe & Radice’s translations for accuracy and ease of reading. Id. has Historia calamitatum as Letter 1.  Other collections have the subsequent letter as Letter 1.

The shameful wound attached the philosopher to monks,
and took study away from you, Philosophy.
A woman destroyed Adam, Samson, and Solomon:
Peter, alas, has been added, destroyed by a like fall.
This was the public downfall of the highest men.
…(missing verse)…
Only the wife of Peter is free of guilt,
no consent made her not culpable.

Latin text and English translation (adapted slightly) from Dronke (1992) pp. 281, 263. The poem survives in MS Orléans, Bibliothèque municipale 284 (238), s. XII/XIII, p. 183. Heloise surely consented to sexually intercourse with Abelard. While Abelard apparently urged her to marry him, she must have consented in order for the marriage to be valid.

[5] In her preface to Problemata Heloissae. Heloise quoted Jerome praising Marcella, as well as praising Asella. Heloise then wrote to Abelard:

What do these statements mean, I ask you, who are dear to many, but dearest of all to me? They are not mere testimonies; they are admonitions, reminding you of your debt to us, which you should not delay in paying.

Problemat Heloissae, Latin text and English trans., from McLaughlin & Wheeler (2009) p. 213, available from Medieval Women’s Latin Letters. Here’s a complete Latin text for Problemat Heloissae. In Abelard’s rule for the nuns of the Paraclete, Abelard described Jerome as “the greatest doctor of the Church and glory of the monastic profession {Maximus ecclesie doctor et monastice professionis honor}.” He counseled the nuns:

you can at least in your love and study of sacred writings model yourselves on those blessed disciples of St. Jerome, Paula and Eustochium, for it was mainly at their request that this doctor with so many volumes lit up the Church.

S. 123, 128, trans. Luscombe & Radice (2013) pp. 509, 517. In a letter to the nuns of the Paraclete, Abelard put forward Jerome’s advice to Laeta on the upbringing of her daughter Paula and other examples of Jerome’s guidance to women. Letter 9, trans. Ziolkowski (2008) pp. 10-33. Abelard, however, felt that Jerome sometimes went too far in his solicitude for women and his praise of women:

And sometimes the warmth of his love for women of this kind appears to be so great that he seems to go somewhat beyond the bound of truth in their praise, as if he felt in himself what he mentions elsewhere: “Love has no limit.” … in writing to the virgin Demetrias, he began his letter with such remarkable praise of her that he seems to give way to excessive adulation.

[7] Heloise to Abelard, Letter 2.10, id. p. 133. Luscombe & Radice translate meretrix as “mistress” rather than “prostitute.” I’ve used “prostitute” above because meretrix is a relatively informal Latin word that carries a strong connotation of being paid for sex. With the rhyme across meretrix and imperatrix, Heloise emphasized her sentiment. She earlier expressed her preference to be Abelard’s whore {scortum} rather than his wife.

In a letter to Aeneas, Dido expressed a similar sentiment:

If you shame to have me as you wife, not bride, but hostess let me be called;
So to be yours, Dido will endure what you will.

[8] Of course, current times are also difficult for unmarried men. Instead of thuggish relatives, the state now deploys vast resources to punish unmarried men for consensual sexual intercourse that produces a child.