In 393, in his lengthy treatise Adversus Jovinianum, Jerome confuted Jovinian’s position on marriage for women.  Jovinian had declared that “virgin maidens, widows, and married women” have statuses of equal merit as Christians.[1]  Jerome fundamentally disagreed.  He strongly urged women not to marry and to remain virgins.[2]  Elite academic schools today have largely adopted a variant of Jerome’s position, with lesbianism replacing virginity.  Nonetheless, the brilliance of Jerome’s Adversus Jovinianum remains under-appreciated.

Jerome’s emphasis on urging women not to marry is a significant, largely ignored aspect of Adversus Jovinianum.  The literature of men’s sexed protests, which has existed since men learned to write, commonly urges men not to marry.  The Roman poet Juvenal urged his friend Postumous, and by extension men in general, not to marry.  Juvenal was well-known by the fourth century.[3]  The Roman Emperor Augustus passed specific laws to punish men unwilling to marry.  The prominence of literature and policies concerning men marrying contrasts with Jerome’s focus.  By focusing on urging women not to marry, Jerome pushed into virgin territory in elite Roman discourse.

Scholars have struggled to understand Jerome’s method in Adversus Jovinianum.  In a preliminary section of that work, Jerome declared:

we do not follow the {heretical} views of Marcion and Manichæus, and disparage marriage; nor, deceived by the error of Tatian, the leader of the Encratites, do we think all {sexual} intercourse impure … We are not ignorant of the words, “Marriage is honourable among all, and the bed undefiled.” … while we honour marriage, we prefer virginity, which is the offspring of marriage. [4]

Nonetheless, Jerome analogized marriage to excrement.[5]  Moreover, in a parody of the Pauline injunction, “it is better to marry than to burn {with lust},”  Jerome disingenuously praised Dido, the first Queen of Carthage, for preferring to burn rather than to marry.[6]  Jerome observed of Greco-Roman culture:

It is a proof of the little esteem in which they held marriage that among the scorpions, centaurs, crabs, fishes, and capricorn {the signs of the Zodiac}, they did not even thrust in a husband and wife. [7]

Jerome was one of the most learned men of his time.  Nonetheless, a late-twentieth-century scholar complained:

Jerome proves himself again and again in Adversus Jovinianum incapable of sustained and systematic logical argumentation. … {in addition} He quite simply presents as historical fact a number of examples which he (or anyone conversant with Roman history) must have known were untrue. [9]

Jerome might produce another obscene gesture in response to such misunderstanding of what he was doing in Adversus Jovinianum. 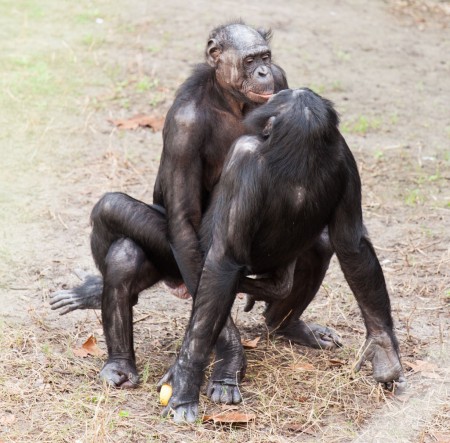 With Adversus Jovinianum, Jerome brilliant satirized Jovinian’s work supporting women marrying.  Jerome accused Jovinian of bombast, vile language, and not making sense.  Jerome reproduced and exaggerated those faults in Adversus Jovinian.  Jovinian wrote voluminously.  Adversus Jovinianum piled up a voluminous array of texts and examples from the Old and New Testaments and Greek and Roman literature.  At the same time, Jerome expressed concern about being tedious and claimed to be running quickly through his arguments and examples.[10]  In the context of women pressing him to authorize their second marriages, Jerome included a book he attributed to Aristotle successor Theophrastus.  Theophrastus declared that a wise man doesn’t marry.  Theophrastus described hardships of marriage from a male perspective.  Jerome’s ridiculous argument seems to be that out of Christian charity for men’s suffering in marriage, women shouldn’t seek to marry.[11]  In a letter defending Adversus Jovinianum against its many contemporary critics, Jerome wrote of one such critic:

he must condescend to send me his account of the matter, and to correct my indiscreet language, not by censure but by instruction. … if he refuses to write, and fancies that abuse is as effective as criticism, then, in spite of all the lands and seas and peoples which lie between us, he must hear at least the echo of my cry, “I do not condemn marriage,” “I do not condemn wedlock.” Indeed — and this I say to make my meaning quite clear to him — I should like every one to take a wife who, because they get frightened in the night, cannot manage to sleep alone. [12]

That men should marry if they are afraid of sleeping alone at night should not be interpreted in its clear literal meaning.  Jerome was a highly satirical writer.  To read Jerome well, readers must appreciate his sophisticated satire. 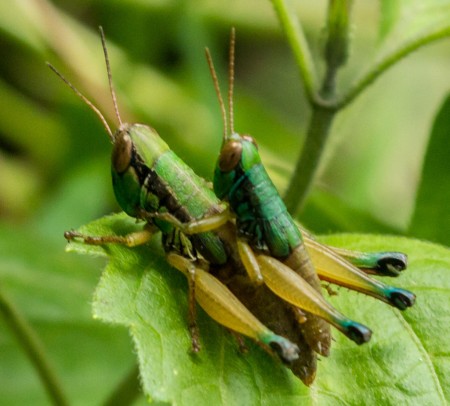 [1] Jerome, Adversus Jovinianum, I.3, Jerome quoting Jovinian.  Jovinian explicitly specified all else equal: “if they are on par in other respects.” The Latin text is “virgines, viduas, et maritatas.”  All three words are specific to women.

[2] Augustine of Hippo, while agreeing that virginity was superior in Christian merit to marriage, declared that readiness for martydom had superior Christian merit relative to virginity.  Disposition to Christian martydom was less observable in the late fourth century than it was in earlier centuries.  Moreover, the problem of observability implied humility:

Since it is possible that a virgin may not be ready for martydom and that a married person may be, Augustine argued, no virgin could ever legitimately consider herself to be superior to a married person. … Augustine urged all Christians to meditate on the fact that they do not know the limits of their own virtues, nor do they know the hidden and, perhaps, superior virtues that other people may posses.

[6] 1 Corinthians 7:9, Adversus Jovinianum I.43.  In Virgil’s Aeneid, Dido intensely sought to marry Aeneas.  She committed suicide by sword and was immolated when Aeneas left her and Carthage.  Fraioli (1988), p. 178, observes that this quip apparently originated in Tertullian’s De exhortatione castitatis 13.3 and De Monogamia 17.2.

[10] Adversus Jovinianum I.13 (“our author is so voluminous that we cannot linger over every detain”); I.6 (“I have perhaps explained his position at too great length, and become tedious to my reader”); I.21 (“my purpose is at full speed to touch lightly on each topic and to sketch the outline”); I.36 (“I shall briefly reply”); I.39 (“The day would not be long enough were I to attempt to relate all”), etc.  Trans. Freemantle (1892).

[11] Id. I.47.  Fraioli (1988), pp. 181-3, insightfully identifies this satire.  Theophrastus’ book is known as Liber aureolus de nuptiis (The Golden Book of Marriage).  No evidence exists of the book apart from Jerome’s inclusion of it.  Jerome apparently composed Liber aureolus de nuptiis and falsely claimed it to be translated from a Greek work of Theophrastus.  Hanna & Lawler (1997) pp. 8-9 and further discussion.

Jerome was fully aware that malice and acid bitterness have no place in the Christian heart.  He would hardly have mentioned the odiousness of invidia so frequently had he not felt deeply uneasy about his own penchant for malevolence.

Another possibility is that Jerome regarded himself as a highly sophisticated rhetorician battling for Christian ascetic values while otherwise living those values.

[13] A study of Jerome’s satire observed:

The biography of Jerome reveals that he was able to evoke in women an enthusiasm and devotion which counterbalanced the hostility which men so frequently felt toward him.

Fraioli, Deborah A. 1988.  “The importance of satire in Jerome’s Adversus Jovinianum as an argument against the authenticity of the Historia calamitatum.”  Fälschungen im Mittelalter Hannover: Hahn, Bd. 5, pp. 167-200.