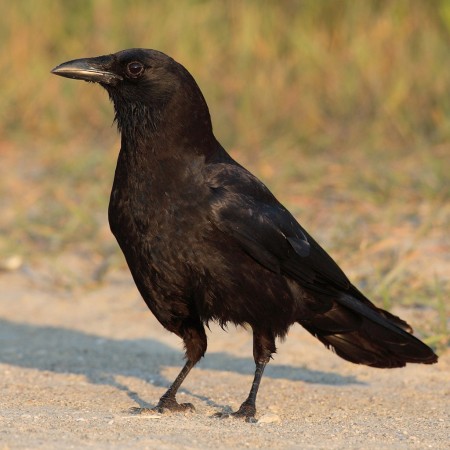 Leading Boccaccio scholars have produced the authoritative tome Boccaccio: A Critical Guide to the Complete Works.  The prestigious University of Chicago Press published it this year. This work could have been vitally important to compassionate women and men pondering Boccaccio’s complex masterpeice Il Corbaccio.  Today thinking, feeling persons are urgently seeking new ethical language and narratives to protest incarcerating men for doing nothing more than having consensual sex, to summon concern about raping men, and to denounce punishing men for being raped.  The Critical Guide, however, offers only a place to sit and sip scholarly status amid heartless ethical darkness.

On its surface, Boccaccio’s Corbaccio reads as a misogynistic blast with insults added to injuries, scurrilous terminology, imagery descending to the pornographic, bad puns, and unrelenting lists of female vices far beyond the limits of decency or plausibility.  The two main characters in dialogue are sour aging men on whom no modern women in her right mind would wish to waste a word, let alone seek their company. [1]

Apparently the women who lived before the era of “modern women” were compassionate and sophisticated enough to talk with such men, to seek their company, and to try to understand their concerns.  In our heartless, dark age of literary criticism, many critics are incapable of sympathetically considering literature of men’s sexed protests.  They misandristically label it misogyny and dismiss it with superficial, contrived analysis.

For these critics, Boccaccio’s masterpiece Il Corbaccio is just another piece to be processed in tallying the literary wrongs done to women and men, respectively, since the invention of writing.  Criticizing women, or disciplinary rules forfend, making fun of women, is always wrong.  Since Il Corbaccio is superficially classified as invective, it thus adds many points to the tally of literary wrongs done to women.  Fortunately, hard-working literary scholars have dug up Lucrezia Marinella’s 1601 treatise entitled, with uncanny literary sophistication, The Nobility and Excellence of Woman and the Defects and Vices of Men.  The Critical Guide’s article on Il Corbaccio declares approvingly:

Of course Lucrezia Marinella didn’t “right the imbalance” in 1601.  Tally-keepers believe it’s necessary to continue to emphasize violence against women even though in the U.S. today four times as many men die from violence as do women.  Reading Boccaccio on the governance of friendship thus naturally means directing attention to violence against women.

Boccaccio, having destabilized the character of the guide through the conflating of specific Dantean intertextualities, warns the reader that the guide holds a less than authoritative position.  The misogynistic diatribe that spews forth from the guide serves as a further indication of the demented state of the guide’s intellect.  Boccaccio must have really enjoyed composing this section; rare indeed is the opportunity for an author to assume the voice of an almost comically deranged mind; such was also the case for Ovid in his Ibis. [3]

Ovid unquestionably was deeply hurt by his exile.  Men unquestionably suffer deep wounds from women.  Nether Ovid’s Ibis nor Boccaccio’s Corbaccio can be adequately read merely as playful invective.  In contrast to superficial readings of its preface, Boccaccio’s Decameron was written for men to instruct them in the comic reality of love for flesh-and-blood women.  With that same fundamental ethical concern Boccaccio also wrote Il Corbaccio.[4]  Il Corbaccio outrageously imagines the comic reality of love as a new Vita Nuova.  Our culture desperately needs that humane vision.

That humane vision doesn’t require great literature insightfully read.  One summer during my college years, I got a job in a large corporation focused on engineering and technology.  Most of the employees in my department were middle-aged career men.  One secretary was a young, beautiful, curvy woman who emphasized her sexual power with provocative dress.  A relatively old co-worker, perhaps noticing my vulnerability, said to me, “Yeah, but imagine how she looks bent over taking a shit.”  Scholars who dismiss Il Corbaccio as misogynistic would probably also dismiss that comment as misogynistic.  That comment highlights that the young, stunningly attractive woman was a flesh-and-blood human, just like us men.  That’s a much different view of a woman than Dante’s view of Beatrice in Dante’s Vita Nuova.

My most sincere hope is that the reader will, when walking the streets of Florence with the tourist hordes, look at the many monuments to Dante and Petrarca in that once lovely city and remember one name: Giovanni Boccaccio. [5]

Remembering Boccaccio’s name isn’t enough.  We should also remember Boccaccio’s use of Jerome’s artful literary construction, Theophrastus’ Golden Book on Marriage.  To foster for men and women a more pleasurable life without trespassing the sign of reason in any way, we must adequately appreciate Boccaccio’s Corbaccio.

[1] Panizza (2014) p. 183. Id. goes on to declare that the Corbaccio “has its fascinations” for relatively unimportant reasons, ending with “it offers a therapy for dealing with immoderate sexual passions.”  That latter reason follows Solomon (1997)’s deeply misandristic analysis of Alonso Martínez de Toledo’s Archpriest of Talavera and Jaume Roig’s Spill.

[4] Within circumstances of narrow and strongly constrained male self-consciousness, academics continue to fail to appreciate the Corbaccio.  In a recent example, a literal reading of the Decameron’s Proem revealed that it was written for “gentle ladies of Florence’s salons.”  In addition:

The message in the Corbaccio could not be more opposed to the Decameron; so too Boccaccio aims these two works at different audiences, confirming his tendency to target specific audiences for his writings.

Houston (2010) p. 120.  Houston suggests that the Corbaccio “can be made to support any reading” and offers a highly contrived reading of the Corbaccio as “a satire against the critics of vernacular poetry with an embedded parody of the Dominican preachers {specifically Bartolomeo di San Concordio and Jacopo Passavanti}  and their limited view of literature.”  Id. p. 122, see in general pp. 100-23.

The title itself, Il Corbaccio, offers a typical medieval play on Boccaccio’s name.  It inverts the first part, turning bocca, “mouth,” into corba, “crow” or “raven,” and keeps –accio as a suffix qualifying the noun, suggesting something huge, ugly, coarse, or unpleasant.  Boccaccio playfully inverts his name, transforming a “big, vulgar writer of novelle” into a “big, ugly, coarse crow/raven” bearing harsh news.

Crow as a verb can mean “to shout in exultation or defiance; to brag” and “to utter a sound expressive of joy or pleasure.”  Those additional verbal meanings provide insight into Il Corbaccio’s perspective on men’s courtly fantasies about women.

Solomon, Michael. 1997. The literature of misogyny in medieval Spain: the Arcipreste de Talavera and the Spill. Cambridge: Cambridge University Press.