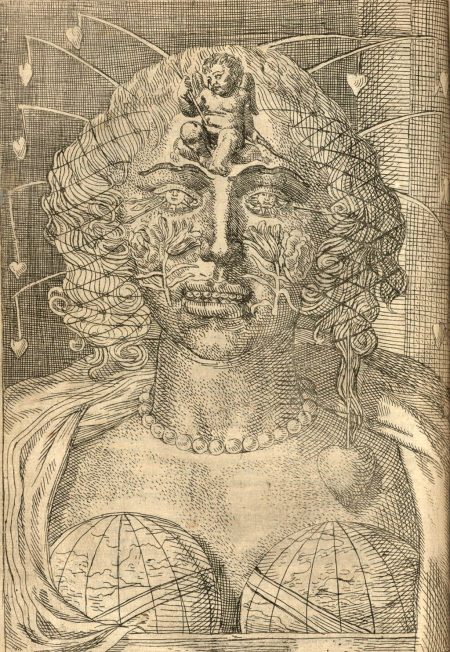 Men by nature have a propensity to pedestalize women and to imagine that women are like angels. Women’s beauty so overwhelms and transforms men’s minds that they perceive superhuman marvels. The Fair Maid of Ribblesdale, a Middle English poem from no later than the first half of the fourteenth century, exemplifies the problem. The poem begins with a man’s desperate fantasy:

If I were to ride through Ribblesdale
to choose among wild women,
and have whichever one I wanted,
I would find the fairest one
who was ever made of blood and bone —
the one best with the bold in bed.
Like a sunbeam, her face is radiant,
in every land she shines brightly,
by all accounts, as someone told me.
This lily is lovely and slender,
with pink and rose richly intermingled.
A gold thread holds her hair.

The poetic persona’s interest in a woman is reasonable but rather narrow — he wants a wild woman who is beautiful and good in bed. Yet the poem concludes with an image of Christian salvation:

He might say Christ favors him
who can at night near her lie —
Heaven he would have here!

The poet imagines his beloved woman to be like an angel. That’s ridiculous. In medieval Christian understanding, a way to Heaven was a full conjugal partnership. That’s not possible for a man to have with an angel.

Even in the twelfth century, the woman-angel was already recognized as conventional in men’s poetry. One twelfth-century poet sought inspiration for something different:

Muse of mirth, come, inspire in your bard songs,
so that I who subsist on novelty may compose.
A maiden too dignified, noble and praised —
how very worthy of love she must be, splendid and dignified.
She glitters with brightness, shines with a face honored,
her hair is truly black-colored.

The novelty here is subtle. Men in medieval Europe typically imagined a beautiful woman as having blonde hair. This beautiful woman had black hair. The characterization “too dignified {decora nimis}” foreshadows a subsequent poetic development. But from these lines, the poet continued in the manner of men pedestalizing women:

Her wide brow shines bright with great splendor,
her eyes beneath it are arranged with ardent luster,
her jaws are radiant with resplendent tawny color,
her symmetrical nose deserves no little honor,
her red, plump lips are always redolent with odor,
honeyed speech drips from her mouth as from an orator,
and her speech is full of love, nothing else whatsoever,
her mind is not weighed down with any dolor,
her neck sparkles, her throat is even whiter,
her breast gleams with a treasure even brighter,
her arms are resplendent, splendid with whiteness’s flower,
palm, hand, and fingers are of a milk-white manner,
no woman could shine in bodily beauty better.

From a medieval European perspective, the only explicitly unusual aspect of this description is that the woman had “tawny-colored jaws {maxille … fulvo colore}” rather than white cheeks with a blush of rose. At the same time, the poetic laudatory description seems rather stilted. The final seven verses of this descriptio defy convention and swerve to speak radically of the woman’s humanity:

But what to say of a more praiseworthy matter,
when none may speak of that cause which is nobler,
that hidden area about which the pure are shyer,
here are hips, with something even lovelier —
legs below, filled with great vigor —
that which is never weary with any amount of subduing labor,
supporting the joined legs are feet without any foot-odor.

These lines celebrate the woman’s lovely and vigorous sexual capability while recognizing that she, like a man, is a human being with feet that could smell, even though this woman’s feet don’t. More generally, the concluding reference to foot odor {pedes … absque pedore} ridicules men’s idealistic pedestalizing of women.

In our more doctrinaire and repressive age, challenging the pedestalization of woman is scarcely permitted.[3] Marginalized medieval Latin literature can contribute to desperately needed liberation. Women will not be men’s equals until men stop looking up to women.

[1] “Most I ryden by Rybbesdale,” stanza 1, Middle English text and translation (adapted) from Fein (2014). The subsequent quote above is the last three lines of the poem (ll. 82-4), sourced similarly. The adapted translation benefited from the glosses for the textually inferior version at Harvard’s Geoffrey Chaucer Website.

The poem is best not read literally. Despite its description of the women (descriptio), the line “by all accounts, as someone told me” indicates that the poetic voice hasn’t actually seen the woman. Fein’s introduction to the poem declares, “Its distinctive feature is hyperbole.” The poem is also a travesty of the pretenses of courtly love. Ransom (1985) p. 56. In deifying an ordinary flesh-and-blood woman of Ribbesdale, it’s “a superb example of medieval irony.” Jauss (1983) p. 293. The woman of Ribbesdale is like Eve, the flesh-and-blood woman made from Adam’s rib. She isn’t like the extraordinary Mary, the first and preeminent Christian disciple.

Descriptions of feminine beauty in medieval literature had a rigid structure of description proceeding from the top of the head downward. Ziolkowski observed:

already by the end of the twelfth century rhetoricians were issuing explicit statements on how passe the tableaux of beautiful women had become.

[3] A notable exception is the J. Geils Band’s hit song “Centerfold,” released in 1981. The revelatory verse:

[image] Caricature of medieval descriptions of feminine beauty. Illustration (across from p. 25) in The extravagant shepherd, or, The history of the shepherd Lysis: an anti-romance. London: Printed by T. Newcomb for Thomas Heath, 1654. That book is an English translation of the French book Berger Extravagant by Charles Sorel. Image *FC6.So683.Eg653da, Houghton Library, Harvard University, with added slight cropping and increase in color contrast. Image via Wikimedia Commons.