In the cosmic time before man, the goddess Silva was lethargic and unhappy. The goddess Nature appeared. She complained to God and challenged the mind of God, which was Noys, divine feminine wisdom. Nature explained the situation and demanded action:

Silva, an unyielding, formless chaos, a hostile coalescence, the motley aspect of substance, a mass discordant with itself, longs in her turbulence for a tempering power. In her crudity for form, in her rankness for cultivation, yearning to emerge from her ancient confusion, she demands formative number and bonds of harmony. … What does it avail Silva, mother of all, that her birth preceded all others, if she is deprived of light and abounds only in darkness, cut off from her fulfillment — if, finally, in this wretched condition, her countenance is such as to frighten her very creator?

If the face of Silva frightened her creator, you can be sure that few men would have been interested in dating her.[2] But Silva was a woman. She had the well-recognized privilege of women. Nature explicitly invoked women’s privilege and implicitly acknowledged that Silva was a rather large woman:

No small honor and favor are owed to Silva, who contains the forces of generation diffused throughout her vast womb. Here, as if in its cradle, the infant Universe squalls, and cries to be clothed with a finer appearance.

Most men are afraid to criticize women. Nature, however, being a woman, spoke to Noys bluntly, with a leavening of flattery:

By your leave, kind Noys, I must speak: supremely beautiful though you are, Silva, your dominion is ruled in an ugly and barren court. You yourself seem old and sad. Why has Privation been the companion of Silva from eternity?

Silva herself merely expressed her resentment to God and “lived out her age in formless squalor.” Nature, a stronger woman, told God what to do:

Quicken what is inert, control what moves at random, impose shape and bestow splendor. Let the work declare the author who has made it!

Can anyone doubt that if God didn’t do what Nature ordered, she would tell him where to go?

Now Hyle exists in an ambiguous state, placed between good and evil, but since her evil tendency preponderates, she is more readily inclined to acquiesce to it. I recognize that this rough perversity cannot be made to disappear, or be completely transformed; for it is too abundant and, being sustained by the native properties of the matter in which it has established itself, does not readily give way. However, so that it may not impede my work or resist my ordering, I will refine away the greater part of the evil and grossness of Silva.

Even obesity isn’t beyond the power of divine feminine wisdom to reform.

Reform of Silva of course took more than a single day. The way of reform required fire:

For ethereal fire, intimate partner and husband diffused into the womb of earth, his bride, entrusts all the generation of creatures which he has brought to life by his heat to the nurture of the baser elements.

Divine feminine wisdom knew radiance and harmony in a single action of the Supreme Father:

A radiant splendor shone forth — I know not whether to call it an “image” or a “face,” inscribed with the image of the Father. This is the wisdom of God, conceived or nourished by the living fire of eternity. … The divine will or goodness of the supreme Father, then, is the harmonious expression of his Mind in a single action.

But that action couldn’t occur without the work of a committee of three women: Nature, Urania, and Physis. Nature, the elemental force, understood Silva’s problems and acted on her behalf. Urania was queen of the stars and native mistress of the heavens. Physis, who had deep knowledge of all created things, was a single mother living with her two daughters in imagined Edenic bliss. These three women knew what Silva wanted. 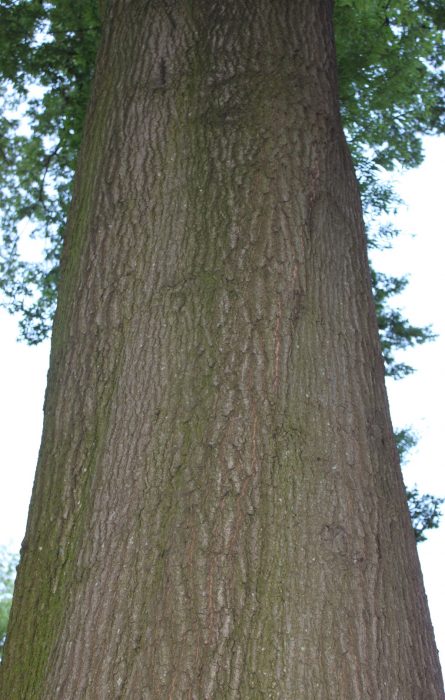 They fight unconquered against death with their life-giving weapons, renew our nature, and perpetuate our kind. They do not allow mortality to perish, nor what dies to be wholly owed to death, the human race to be cut off at the root. The skillful penis wars against Lachesis to rejoin the vital threads severed by the hands of the Fates. Blood sent forth from the seat of the brain flows down to the loins, bearing the image of shining sperm. Artful Nature imbues the fluid with form and likeness, that conception may reproduce the forms of ancestors.

The all-capable hands of men have built most of the inanimate technology that sustains civilization. Yet men’s hands must do more:

Touch campaigns in bed, serves the cause of tender love, and is fond of slyly exploring the smooth belly below the modest breast, or the soft thigh of a virginal body.

Bernardus probably wrote Cosmographia in France between 1145 and 1147. Id. p. vii. While Wetherbee’s English translation is all in prose, the Latin text includes verse and prose. Boethius’s Consolation of Philosophy and many classical Arabic texts mixed verse and prose.

The only Latin text of the Cosmographia available online is Barach & Wrobel (1876). That text “is carelessly edited, the choice of readings is often poor, and the apparatus is minimal.” Wetherbee (2015) p. 263.

[2] On a mother’s face inspiring healthful laughter, see the classical Greek story of Parmeniscus. Godman perceives Silva’s situation to be like “the plight of a helpless whore” and credits Bernardus with “imaginative compassion.” Godman (2000) p. 279. Elite men commonly are sympathetic and solicitous toward whores.

[3] Lachesis is the supernatural woman Fate who measures the thread of life on earth. In a translation note, Wetherbee recognizes, as other scholars haven’t, that genii, like genialia arma, refer to the man’s testicles. Wetherbee (2015) p. 300. Nonetheless, Wetherbee translates mentula with “phallus.” That’s a loanword from Late Latin, coming from the ancient Greek φαλλός. Phallus is a learned term often used in an abstract, highly conceptual way. In its concrete bodily context in the Cosmographia, “phallus” is an infelicitous translation choice relative to “penis.” I have thus substituted “penis” above. In addition, Wetherbee seems not to provide meaning in English translation for the Latin sollersque. Above I translate that term as the adjective “skillful” applied to “penis.”

Wetherbee himself has pointed to comparison with the creative power of the mentula in the fifth elegy of Maximianus. Wetherbee (1973) p. 164, n. 109. In Maximianus, as in Bernardus, an aspect of the poetry is play across concrete references and high concepts: “the human race to be cut off at the root”; “vital threads severed by the hands of the Fates.” In the phrase Militat adversus Lachesim sollersque renodat / mentula, mentula seems to me to be a concrete reference contrasting with the supernatural Lachesis. That concrete reference is subsequently echoed in references to blood, brain, loins, and sperm.

[4] Just as medieval women writers’ loving concern for men has been largely ignored, Bernardus’s concern for women in his Cosmographia hasn’t been adequately appreciated. Moser observes:

The Cosmographia places a high value on male {men’s} sexuality and the procreative urge.

man, whose soul participates in the deathless aspect of the cosmos, maintains his existence by means of his sexuality, seen as his bodily link to eternity.

Balint, Bridget K. 2009. Ordering chaos: the self and the cosmos in twelfth-century Latin prosimetrum. Leiden: Brill.

Minkova, Milena. 2003. “Bernardus Silvestris’s Cosmographia and its Optimism (with an appendix of comments and suggestions on the text of the Cosmographia).” The Journal of Medieval Latin. 13: 127-162.