Joy of my life, give yourself to me, for I give myself to you!
Let me be a goddess, you a god — let me be yours, you mine. 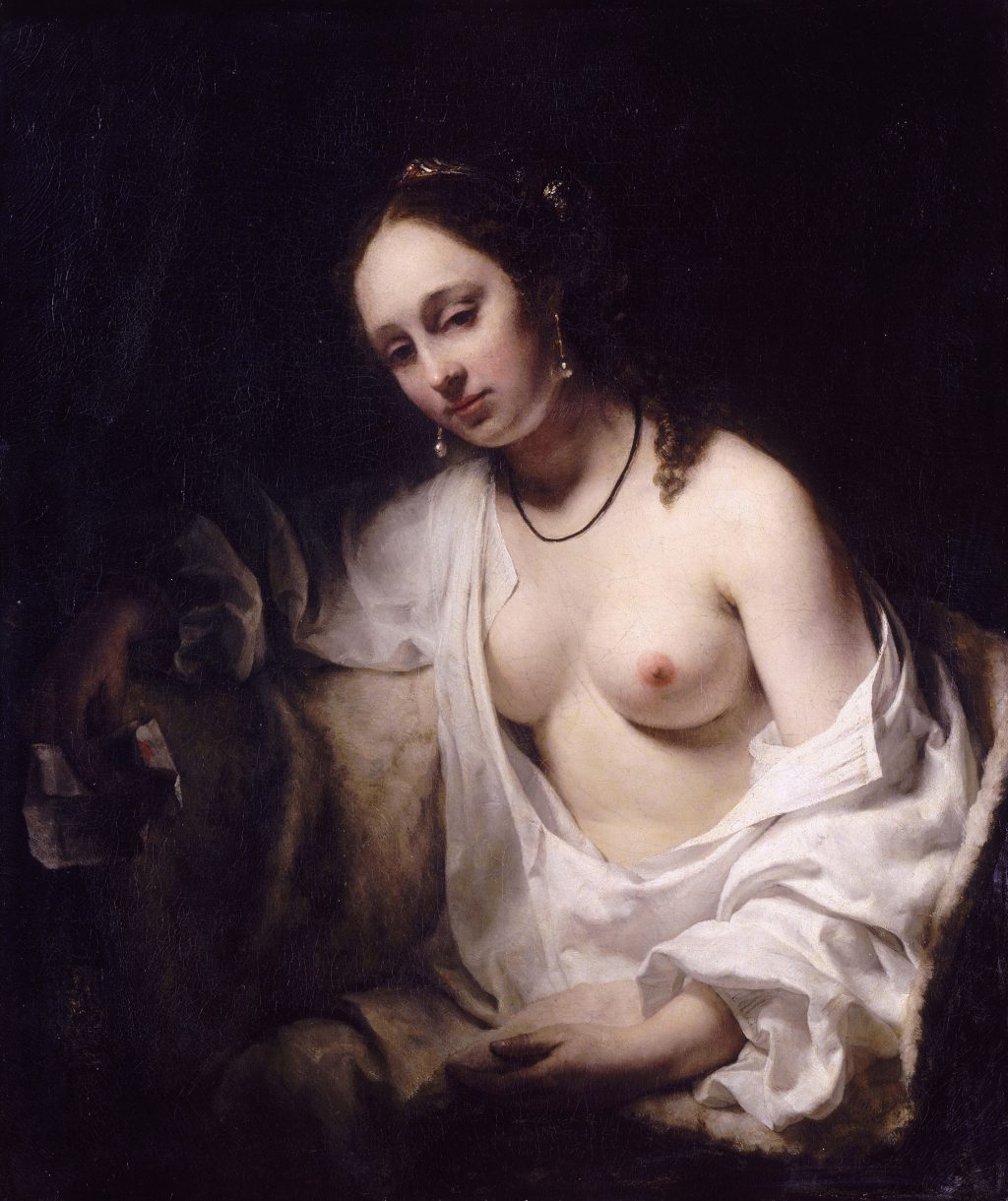 In twelfth-century France, a young man was dying from lovesickness. He moaned:

Alas, extreme sadness now grasps my heart.
What is hidden deep inside bites and binds me.

The gender passion protrusion disadvantages men. Men’s sufferings typically generate much less concern than women’s sufferings. Although today men compared to women live on average six years less and suffer about four times as many deaths from violence, few persons care. Men are accused of being silent and emotionless. At the same time, few persons are willing to listen to what men say and appreciate how men feel.

Medieval men had faith in love for them. This young man once had a girlfriend among the sisters back at the Remiremont Abbey. He believed that she would be willing to help him in dire need. With well-nourished faith he thus declared:

But I think if I reveal the cause of my madness,
by that revelation I will be given medicine for my sadness.
Come then, Light, with Poetry attend to my verses of lament,
come also warm-hearted Love, who will help a friend.

On this summer day, with his mind burning in the heat of love, the young man sought relief in his bedroom, which was adorned with roses. He lay down in his bed, but his love-heat didn’t lessen, nor did his mind, anguished with his hotness, find any rest.

While he was suffering so in bed, behold! Love transformed into the appearance of his girlfriend came to him. She hurried to his bed, cuddled up beside him, and said:

Alas for me, my brother, why now is your life leaving you?
Woe is me, what am I to do? I will die if you die.
I think that will not happen, if only you enjoy a woman.
This you are now suffering is none other than love-fever.
Hence to be healthy, you must burst the bars of modesty.
Believe me, no medicine will make you healthy
if this fire of yours for a woman isn’t first cooled.
Therefore quickly hasten to extinguish the excessive fire,
which is causing you to endure now mortal sadness.
Seek out a noble young woman with an excellent appearance;
truly loving her tender beauty will make you healthy.

This young man’s dream-girlfriend had a keen sense of what a woman could do for a man.[3] She was a warm-hearted, generous woman who sought to help her distant, dying boyfriend. Not all women are like that, but some are.

The young man hesitated to follow his dream-girlfriend’s lead. Perhaps he knew of a man who brought disaster upon himself and his beloved woman by following her advice. Perhaps he recognized that men’s lives are carelessly destroyed in war and in the criminal justice system. He himself explained:

She had spoken; yet like a young soldier terrified before battle,
so I myself, not accustomed to the pleasure of Love, was tormented.
Thus desire and illness advised me to seek my girlfriend,
but modesty and fear, as usual, were impeding.

His dream-girlfriend, however, was sensitive to his feelings:

She perceived what it was that made me afraid of desire,
and why, if I would be healthy, I wanted to avoid love.

Smiling, she said to him:

I fear that you will die,
you who for absolutely nothing so endure what you are suffering.
You, undoubtedly because you shun and fear shame,
spurn desire that would bestow upon you life instantly.
But surely that is childish, my sweet boyfriend,
you living so chastely so as to lose what is to be lived.
I beg you, therefore, my brother, to defer this modesty,
which makes you flee from life as you spurn desire.
Perhaps you would say, “I cannot find any young woman
who would suit me here in our region.”
That I confess to be so, but what you long for here you would be able
to find, if you intend to return by Remiremont.”

What a compassionate and intelligent woman! What a warm-hearted and caring woman! Early Christian women and men suffered martyrdom for the sake of their chaste devotion to God. But this young man didn’t want to be a love-martyr. His problem was not having a beautiful, warmly receptive, and discrete young woman nearby. His distant girlfriend thus compassionately appeared to him in a dream and urged him to return to Remiremont Abbey.

The young man didn’t delay in traveling back to Remiremont Abbey. By the twelfth century, Remiremont Abbey in eastern France had a reputation as the home of highly privileged women with strong, independent sexuality.[4] Among the many young women there the young man found the medicine he needed:

Then at that distant place you find for me what well suits,
and her too-beautiful appearance pleases me.
I love her, who equally surrenders to love;
thus is suddenly given to me the medicine itself for my sadness.

The woman who restored the young man to good health may have been his earlier girlfriend. Or perhaps, with a doctor’s devotion to her patient, she found another woman who would be better medicine for him. He himself may have begun to enjoy more suppliers of love medicine than he had been prescribed. In any case, after some time the situation took a turn for the worse: “envy at present has ruptured our love {livor nostros ad praesens rupit amores}.” From the viewpoint of eternity, any earthly medicine for a man can at best only postpone his death. So it was for this man.

Dour literary critics might claim that this whole story of a man’s lovesickness merely displays a typical masculine fantasy. That’s unreasonable. Many men cannot even imagine a women being so warm-hearted, compassionate, and generous. Moreover, some flesh-and-blood women actually are warm-hearted, compassionate, and generous. Today’s anti-meninists fantasize that women don’t enjoy sex with men. Readers seeking enlightenment should stretch their minds to perceive a woman’s voice in medieval Latin poetry.

[2] Carmina Rivipullensia 9, titled “Lamentatio pro separatione amicae {Lament for being separated from his girlfriend},” first line “Heu dolor immodicus, mea qui nunc pectora tangit! {Alas, extreme sadness now grasps my heart},” ll. 1-2, Latin text from Wolff (2001), my English translation benefiting from Wolff’s French translation. Subsequent quotes, unless otherwise noted, are similarly sourced from this poem. Quoted lines: ll. 3-6 (But I think if I reveal…), 16-26 (Alas for me…), 27-30 (She had spoken…), 31-32 (She perceived…), 33 (part)-44 (I fear that you will die…), 51 (envy at present…).

[3] In a tenso with Macabru, Uc Catola testified to the curative power of a woman’s love for a man:

Marcabru, when I’m tired and sad
and my good girlfriend greets me
with a kiss while I whisk off my clothes,
I go away well and safe and cured.

[4] The Remiremont Abbey in the early twelfth century had extensive land holdings and a secular orientation. Judith, Abbess of Remiremont from about 1114 to 1162, belonged to high nobility. She was the daughter of a count and the sister of another count. Lee (1981) pp. 35-6. As Abbess, Judith vigorously acted to retain Remiremont’s wealth and independence from local officials. In a bull issued on March 17, 1151, Pope Eugenius III denounced the Remiremont nuns for their “carnal behavior {conversatio carnalis}” and ordered that their “lasciviousness of sin should be converted into spiritual fervor {pecati lasciviam in ardorem spirtalibus convertendam}.” As cited by Daichman (1986) p. 59.

[5] Carmina cantabrigiensia {Cambridge Songs} 49, “Veni, dilectissime {Come, dearest love},” st. 1, 3, Latin text (simplified presentation of reconstruction) and English translation from Ziolkowski (1994) pp. 126-7. This poem is attested only in the Carmina cantabrigiensia (Cambridge, University Library, MS Gg.5.35). While persons in medieval Europe enjoyed relatively liberal freedom of speech, someone during the Middle Ages rubbed out most of the words of this poem. Peter Dronke, with great learning and keen insight, was able to reconstruct at least part of it. Dronke (1965) vol. 1, p. 274. The reference to “key” and “entering” indicates that a woman addresses a man with this poem.  The “e” that ends the first line also indicates that the addressee is a man.

[image] Bathsheba with David’s letter. Painting by Willem Drost, made about 1654. Preserved as accession RF 1349 in the Louvre Museum (Paris). Via Wikimedia Commons.

Lee, Reuben Richard. 1981. A New Edition of “The Council of Remiremont.” The University of Connecticut. Ph.D. Thesis.