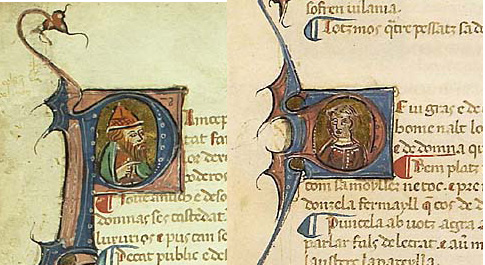 In our age of demonizing men’s sexuality, men perceiving an attractive woman to be attractive is nearly unthinkable. The male gaze has been disparaged and punished to the point of death. Men inducing women to love (“seducing them”) has also been thoroughly criminalized. Men’s perceptions and feelings, however, have not always been so harshly repressed. In the relatively liberal and tolerant circumstances of medieval Europe, men even discussed what they want most physically from a woman.

The man trobairitz Sifre shared a woman’s love with another man, probably her husband. He asked his professional colleague Mir Bernart which half of the woman he should seek. Mir Bernart compassionately responded:

Sifre, I think you’re fortunate
to have asked me for advice,
and I’ll give you the best of that,
because I’ve thought deeply of desired service.
I’ll tell you the truth without shading:
if in sharing you take my word, to be blunt,
you assuredly should prefer the part with the cunt.

Sifre chided Mir Bernart for speaking so knowingly and plainly. Sifre declared that he prefers the upper part, where a woman cuts her hair, but doesn’t remove all of it. Mir Bernart responded with a commitment to truth and the dignity of humanism:

Sifre, you’re refusing the best, the ultimate
and thus what every man loves most.
According to nature and custom
of good lovers through the world,
the lower part is worth more than the face.
And let no troubadour make excuses for me,
for none answers more nobly than I do.

Even in the relatively liberal and tolerant circumstances of medieval Europe, men attacked other men for speaking frankly about women. So Sifre tore into Mir Bernart:

Mir Bernart, I am all but enraged
that you give an uncouth answer
and set a much higher value on that bringing
ruination to lovers and husbands alike:
a gentle advance is worth more,
embracing and caressing and kissing
mouth and eyes and face and forehead.

While an unplanned pregnancy can bring ruination to men, that’s only because men are deprived of any reproductive rights whatsoever. Some men facing a disastrous unplanned pregnancy resort to abortion coercion. But that sad reality doesn’t usually change men’s preferences. Mir Bernart stood his ground and boldly insisted on truth-telling:

Sifre, do not imagine I shall shift my ground,
abandoning the best for the worst,
for every day I embrace and kiss
brother, cousin or second-cousin.
But I maintain that I am right in thinking
that all love-making arises
from the end where love is most hidden.

The discussion between Sifre and Mir Bernart then degenerated into trading insults. Having a serious, truthful discussion about men’s interests and concerns has never been easy. 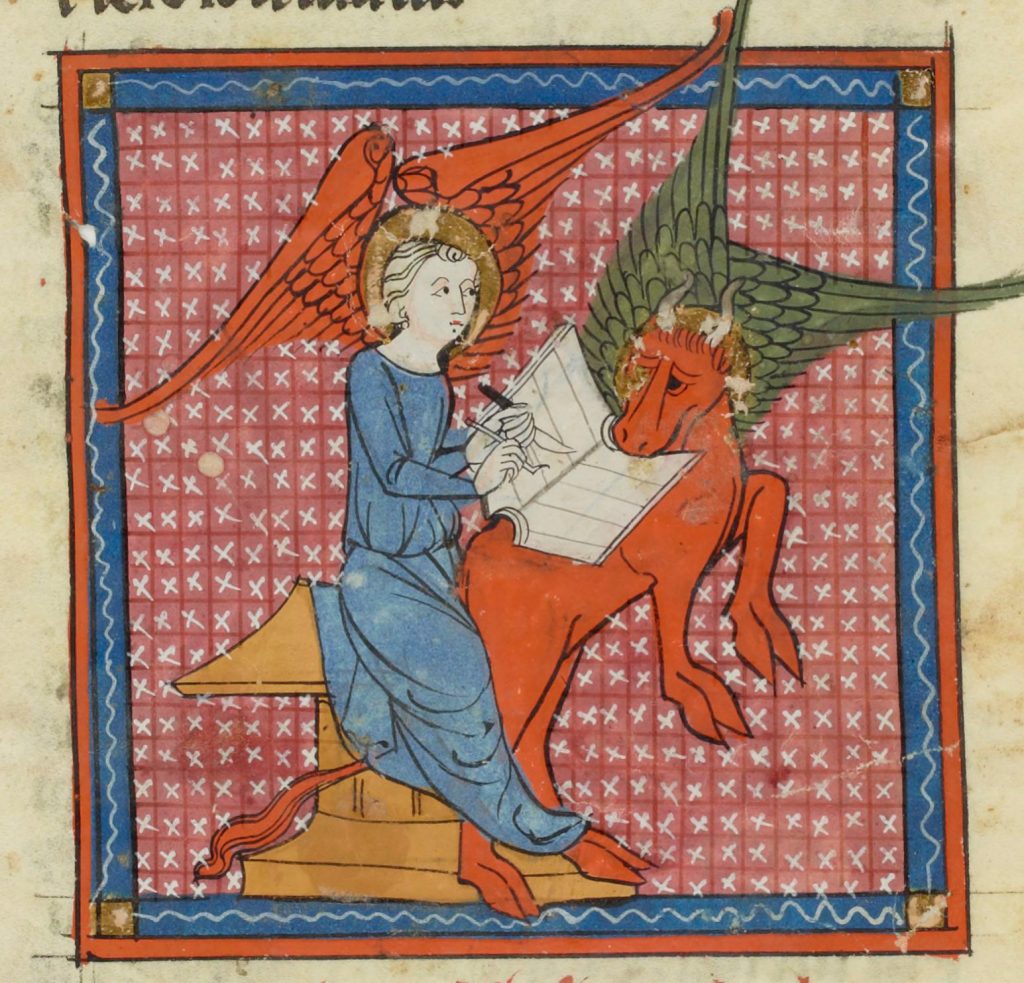 In the thirteenth century, sophisticated trobairitz songs expressing men’s subordinate position in sexual feudalism and vigorously critiquing that structure of gender oppression were coming to an end. Crude wailing and sensational spectacles more easily attract attention. They also tend to support lies. Truth-telling is an art and a craft that must be cultivated. Late in the thirteenth century, a man trobairitz lamented:

For now no art is less admired
than the worthy craft of song.
These days the nobles’ tastes run
to entertainments less inspired.
Wailing mingles with disgrace:
all that once engendered praise
from the memory has died.
Now the world is mostly lies.

These words resonate among the prevalent lies of today.

Dare to think about what is true. Young, attractive, warmly receptive women have enormous power over men. That’s not just a matter of a pretty face. Men admire women’s breasts and women’s buttocks. But the ultimate foundation of men’s gyno-idolatry is almost surely women’s vaginas. With good evolutionary reason, that’s the part of a woman that most men want most.

[1] Sifre and Mir Bernart “Mir Bernat, mas vos ay trobat {Mir Bernart, since I have found you} st. 2, Occitan text and English translation (modified) from Harvey, Paterson & Radaelli (2010) pp. 1168-9. Subsequent quotes from the same song are similarly sourced. This song probably was composed in Carcassonne (in Occitania, in southern France) in the later decades of the twelfth century. Id. p. 1170. Here’s an online Occitan text of the whole song.

Never for love of her cunt
did I request my lady’s love,
but rather for her clear face
and smiling mouth;
I could easily enter the cunts
of many, if only I asked for them,
but I prefer frequent kissing
to the cunt that kills desire.

Occitan text and English translation (modified) from Lazar (1989) p. 263. Here’s a nearly identical Occitan text online. While a man generally experiences detumescence after ejaculating in a woman’s vagina, most men are quite eager to have that experience. Raimon Rigaut composed in the middle of the thirteenth century. For other trobairitz / troubadour songs frankly discussing sexuality, Bec (1984).

One thought on “what men want most: honest, frank discussion in medieval France”