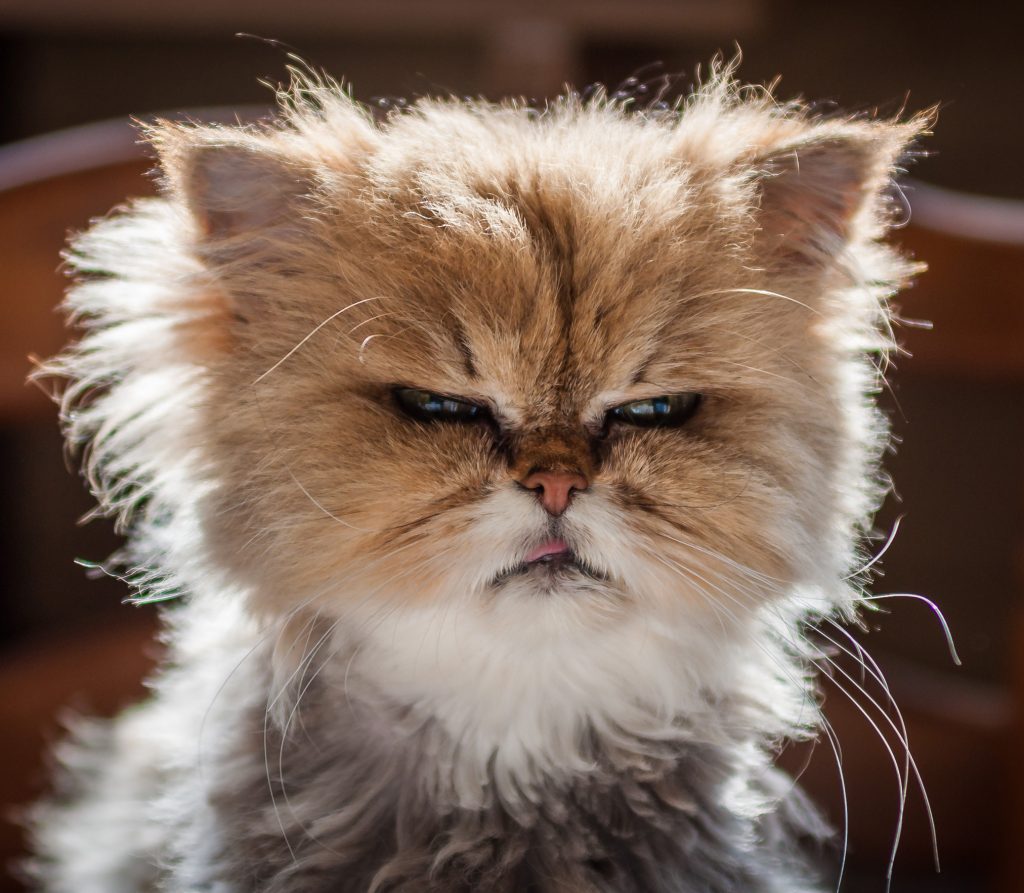 Modern public discussion of rape has overwhelmingly ignored rape of men and propagated ignorance and anti-men gender bigotry. The underlying problem is as grotesque as the mass imprisonment of men under carceral anti-meninism and as subtle as medieval trobairitz poetry setting men up to be criminals. Since persons today are thoroughly trained to ignore the obvious, let’s begin reconstructing criminal justice and romance between women and men through analysis of trobairitz poetry.

The thirteenth-century trobairitz Domna H. presented a sexual scenario to the man trobairitz Rofin. She asked:

Rofin, you’re an expert in these matters,
so tell me right away, which one did better:
suppose a lady who is noble and well born
and has two lovers
wants them both to swear an oath
before she is willing to sleep with them:
they must promise to do no more
than hug and kiss. And one makes haste
to make that oath and breaks his word.
But the other simply doesn’t dare.

A woman who makes her lover promise to sleep with her, but do no more than hug and kiss her, is heartless and cruel at best. Most men are romantically simple and quite excitable. Christian men pray to God to lead them not into temptation.[2] Women who care for men should respect that manly prayer. Women who care for men shouldn’t taunt prudent men that they lack daring. Prudent men know what they have and how they can be exploited.

Most men have contempt for a man who would force a woman to have sex. Males raping females is quite rare across all primate species, and all but one of those species have no formal police forces and no institutions of penal incarceration. Like most men would, Rofin denounced the man-lover who in the hypothetical scenario raped his beloved lady. To hold that position, he had to resist the lady seeking to seduce men into becoming felons:

Lady, folly overcame the one
who was disobedient
toward his lady, for is it not evident
that a lover, when love drives him on,
should never defy his lady’s words
and willfully compel her.
So I say the one who broke his faith
should lose the high joy of his lady
without reprieve,
and the other man find mercy.

A true lover will not feel such fear,
Rofin, that he won’t take his pleasure,
for his desire and overwhelming urge
drive him so hard that he can’t stop
or control himself
despite the clamor of his famous lady.
For if love is earnest, lounging about
and gazing heats him up
so much that he cannot hear or see
or know if he does bad or good.

Lady, I think it is a great mistake
in a lover who loves from the heart,
if any pleasure brings him joy
that does not honor his lady.
For he should not even avoid
pain if it lets him honor her,
nor should anything please him
unless it pleases her.
A lover who does not behave this way
should lose his lady and his life!

Men shouldn’t put themselves in a position where they might commit a horrible crime. A woman who knowingly goads a man into putting himself into such a position is no better than an accomplice to rape. She is deliberately inciting men to do evil. She does that in part through the vicious female practice of sexual disparaging and shaming men:

Rofin, the cowardly invader
is shameful, soft, and shrinking.
Know that he was a shameful swine
when he lost himself mid-course.
But the ardent one, in whom merit lives,
knew how to advance his cause
when he seized what he held most dear
while his beloved was near.
A lady who distrusts a lover like him
trusts wrongly one who shrinks from her.

Because Rofin spoke out strongly against forcing a woman to have sex, Domna H. turned on him and disparaged his masculinity:

Now I know how it really goes,
Rofin, since I hear you blame
the true man and defend the loser.
You yourself would do feeble work
at it.

In Chrétien de Troyes’s Lancelot, a wicked woman arranged a fake rape scene to test Lancelot’s courage and spur his passion. Men are eager to help women in distress. Men should be more aware of how women like Domna H. manipulate them and set them up to be charged with felony crimes.[3]

Trivializing women’s sexual assaults against men contributes to the gender protrusion among prisoners. Consider the case of an eager lover of women in early twelfth-century southern France, the man trobairitz Guilhem IX of Aquitaine, also known as Guillem de Peiteus. One day while walking in the sunshine and coyly looking for women to love, he encountered the wives of Sir Guarin and Sir Bernard. Those women greeted him courteously, but they warily observed that many fools wander about the world.

Learned lovers know the effective seduction tactic “agree and amplify.” Guilhem responded to the wives in a language that might have been Arabic, a prestigious, classical language of great lovers.[4] But whatever he said was gibberish to them. That intrigued the women:

So Agnes said to Ermaline,
“Let’s take him home, quick; don’t waste time.
He’s just the thing we hoped to find:
mute as a stone.
No matter what we’ve got in mind,
it won’t get known.”

Under her cloak, one let me hide;
we slipped up to her room’s fireside.
By now, I thought one could abide
to play this role —
right willingly I warmed myself
at their live coals.

They served fat capons for our fare —
I didn’t stop at just one pair;
we had no cook or cook’s boy there,
but just us three.
The bread was white, the pepper hot,
the wine flowed freely.

A capon is a rooster castrated to make for better eating. It’s an element of castration culture. It’s an ominous sign for any man. But Guilhem didn’t understand.

Taught to be suspicious of men, the women resolved to test him. They wanted to be sure that he wouldn’t be able to reveal the evil that they would do:

“Wait, sister, this guy’s full of fakes,
his babble — an act for our sake?
See if our big red cat’s awake
and fetch him, quick.
Right here’s one silence we should break
if it’s a trick.”

So Agnes brought that wicked beast,
mustachioed, huge, and full of yeast;
to see him sitting at our feast —
seemed less than good;
I very nearly lost my nerve
and hardihood.

We’d had our fill of drink and food,
so I undressed, as they thought good.
They brought that vile cat where I stood —
my back was turned —
and then they raked him down my side
from stem to stern.

And all at once, they yanked his tail
to make him dig in, tooth and nail.
I got a hundred scars, wholesale,
right then and there.
They could have flayed me, though, before
I’d budge one hair.

Men’s willingness to suffer allows women to exploit them. So it was for Guilhem:

So Agnes said to Ermaline,
“He’s mute for sure, sister; that’s fine.
Let’s take a nice warm bath, unwind,
then take things slow.”
I stayed inside their oven there
eight days or so.

I fucked them, fairly to relate,
a full one hundred eighty eight.
My breech-strap near broke at that rate,
also my reins.
I can’t recount all my distress
or half my pains.

No; I can’t tell all my distress
or half my pains.

All his erection labor left Guilhem broken and in pain. Men should be adequately compensated for their erection labor. Instead, Guilhem was first scourged and bloodied with a red cat’s claws and fangs. An alternate version of the song concludes with Guilhem sending a message to Agnes and Ermaline to kill that red cat for love of him. They owe him much more than that.[6] In a society whose penal institutions weren’t deeply biased toward punishing men, both wives would be arraigned for aggravated assault with a dangerous weapon.

[1] Domna H. and Rofin, “Rofin, digatz m’ades de quors,” st. 1, Occitan text from Bruckner, Shepard & White (1995) p. 78, English translation (modified slightly) from Paden & Paden (2007) p. 180. All subsequent quotes from this song are similarly sourced. This poem is classed as a partimen, a type of tenso (debate poem). A partimen sets forth in its first stanza a topic for the two parties to debate. Domna H. and Rofin were probably an Italian lady and a joglar (itinerant entertainer), respectively. Id.

Bernart Marti thought that a woman having two lovers in addition to her husband was unfaithful and disgraceful:

A lady toward her lover is perfidious
when she gives her love to three:
beyond lawful
is three,
but apart from her husband
I’ll allow her one pleading lover,
and if she seeks out more,
she’s a disgrace
and a proven whore.

Domna H attacks the entire spectrum of male heterosexual sexuality, presenting all male desire and sexuality as out of control; those who are not “shameful, soft and cowardly” turn out to be rapists, unable to control their excessive sexual desires, while those who do not force their beloved are motivated more by concerns for their own potential sexual lack, by their inability to control their own bodies, than by abstract questions of mutuality or morality.

[5] Guilhem IX of Aquitaine {Guillaume IX / William IX, Duke of Aquitain}, “Farai un vers, pos mi somelh,” st. 6, Occitan text and English trans. (by Snodgrass, modified slightly) from Kehew (2005) pp. 30-1. For simplicity I refer to the poetic narrator as Guilhem. However, the song-author Guilhem IX of Aquitaine surely was poetically sophisticated enough to create a narrator’s voice different from his own real-life self. Subsequent quotes are similarly from id. Paten & Paten (2007) pp. 26-7 provides another translation. Freely available online are alternate translations by James H. Donalson, Leonard Cottrell, and trobar. Ensemble für Frühe Musik Augsburg, Camino de Santiago {Ensemble for Music on the Pilgrimage Route to St. James} has recorded this song with the melody “In laudes innocentium.” That melody is preserved in the St. Martial manuscripts, ca. 1099.

Guilhem IX of Aquitaine, who lived from 1071 to 1126, is the first man trobairitz whose name is known. He is also apparently identified in manuscripts as “Count of Poitou {Coms de Peitieus}.” He was one of the wealthiest and most politically powerful men in Europe of that time. The medieval chronicler Geoffroy de Vigeois characterize him as “a vigorous lover of women {vehemens amator foeminarum}.” His Old Occitan vida calls him “one of the greatest deceivers of women {dels majors trichadors de dompnas}.” Kehew (2005) p 20.

[6] In writing a late-thirteenth-century songbook (chansonnier), the scribe apparently recognized the significance of Guilhem’s red-cat song to the trobairitz songs of Na Castelloza. In that chansonnier, a song sequence begins and ends with five of Guilhem’s songs that frame six trobairitz songs. Four of those six trobairitz songs are those of Na Castelloza. She sung against men being distinctively positioned as a gender subject to sexual feudalism. In depicting personally sexual abuse of a man, Guilhem’s red-cat song provocatively frames Castelloza’s critique of gynocentric oppression. See Chansonnier provençal, Pierpont Morgan Library, MS M.819, folios 228-236 (written in Venice or Padua, c. 1285-1300). Cf. Nichols (1999) pp. 79-81.