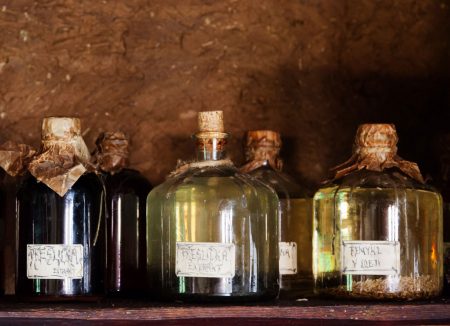 An Arabic book entitled The Book of Choice Sexual Stimulants and the Sultan’s Potions describes itself as a work that the eminent thirteenth-century scholar Nāsir al-Dīn al-Tūsī wrote at the commission of the caliph. The book is a reference work for Muslims too poor to afford a physician’s services. Apparently the caliph sought to ensure that the men of his realm could perform long and hard erection labor for women.[1] The Sultan’s Potions exemplifies the authoritative social construction of ordinary men’s obligation to engage in risky, uncompensated erection labor.

The Sultan’s Potions constructs large sexual risk for men. In its introduction, it declares:

As for the view held by a number of scholars that sexual intercourse is bad and harmful, and that it is not necessary for anyone to practice it, but rather that it should be abandoned, this is devoid of foundation, and erroneous … . It is clear that this statement is nonsensical and only applies to those who engage in coitus while being ignorant of the time and circumstances when it should or should not take place, of the conditions and regime it requires. [2]

Authorities today tend not to describe heterosexual intercourse as bad and harmful in itself. Yet rape-culture culture makes ordinary sexual interaction fraught with the risk of onerous punishment of the man. The Sultan’s Potions emphasizes the importance of men risking their well-being to navigate the rules of sexual interaction:

When coitus takes place in these cases, it results in the above-mentioned ailments {dousing of “innate heat”} and the individual’s destruction, in contrast with those who know how to manage coitus and its conditions. In the latter case, sexual intercourse does not cause any harm; rather, it is hugely beneficial, as we have mentioned, whereas there is no greater human pleasure than that of sexual intercourse. It is part of the natural disposition and it is mixed into the make-up of human beings and all other animals.

The Sultan’s Potions instructs men in burdensome recipes for enhancing their penises. Consider this recipe:

Take house sparrows before they have acquired their flight feathers, tie them up with a string and hang them from the entrance of a beehive. Then, agitate the bees so that they start stinging the sparrows. Once the birds have been stung several times, take them down quickly and slaughter them, making sure not to waste one drop of their blood. Put them in a pot and pour over the aforementioned aromatic oil until the birds are fully cooked with it. Cover the pot and place on a fire until the sparrows are cooked thoroughly. Then, remove them, and strain the water with a cloth until the essence of the birds becomes infused in the oil.

With the help of a young, beautiful, warmly receptive woman, or one at least remembered as such, a man’s penis will swell strongly without any need for oil from sparrows stung by bees. Moreover, men don’t actually need their bodies to be activated with the help of ants:

Another recipe: take 100 small and black ants and put them in a flask. Pour on five dirhams of blue liquorice oil,  which should cover the ants; close the flask and hang it in the hot sun for 20 days. Then, vigorously pound everything until the mixture has fermented. At the time it is needed, take one qīrāt of Indian aloewood, crush it finely, put it in ten dirhams of hot water and wash the penis, hands, feet and armpits with the water. Take one drop of the ant oil from the glass, or another small quantity, without the water, and rub it on your fingers, teeth, armpits and elbows.

Procedures for lengthening a man’s penis are even worse. Here’s one:

Take fresh thick sheep dung and dry amber in an amount that is required for rubbing the penis, as well as one qīrāt of musk. Pound it and mix vigorously with two dirhams of very finely ground coconut. Get into the bath and forcefully massage your penis with the cyperus oil until your member become red. Then rub the ingredients mixed with the sheep dung on the penis in the way that you rub in a seal, and wrap it in a cloth from dawn till dusk. Afterwards, remove the cloth and wash the penis. You will see a wonder, since the penis will have grown twice in size. [3]

Men, DON’T DO THAT. Your God-given penis is sufficient for you. Don’t let gynocentric society convince you otherwise.

Men engage in arduous erection labor to please women as well as themselves. The Sultan’s Potions underscores the extent of men’s sexual obligations to women. To enable one man to serve many women, one potion:

strengthens coitus to the extent that even when one has intercourse for three days running, one need not worry about growing weak. One is able to pleasure ten slave girls and freewomen every night, without any trouble or discomfort, as stated by the ancient philosophers and physicians.

Men commonly have been burdened with the obligation of working outside the home during the day. Men then have to come home and take on the double burden of work within the home all night long. Is it any wonder that men’s lifespans are on average about five years shorter than women’s? One recipe for men’s sexual potency hints at men’s double burden of labor:

It is effective and you will see it works wonders. Even if you had ten slave girls you would be able to pleasure them without any trouble or a change in temperament. It has been tried and tested.

In ordinary circumstances, if a man has to provide sexual pleasure to ten women every night, he’s likely to become exhausted and irritable. That change in temperament is completely understandable. But men are socially disparaged for complaining, even under outrageous circumstances. The Sultan’s Potions provides pharmaceutical solutions to men’s double burden. One potion even promises to help men with the problem of “growing bored” with their sexual obligations.

In producing and disseminating knowledge, men haven’t shown adequate regard for their own gender. Ancient philosophers and physicians were predominately men. They generated the knowledge recorded in The Sultan’s Potions. That knowledge included:

the position during coitus that provides great pleasure to both the man and woman, as stated by the ancient philosophers and physicians who gained knowledge of this from their experiments. [4]

The war on men’s sexuality threatens the experimental method, scientific knowledge, and great pleasure for men and women. Women must step up and fight on behalf of men.[5]

[1] The introduction to The Sultan’s Potions states that the “Caliph of Qāzān” commissioned it because his son suffered paralysis of the lips. Medieval scholars recognized the importance of kissing as an activity leading toward sex. Newman declared:

the focus on the importance of female pleasure doing coitus and the benefits of kissing was at the heart of another innovation attributable to the Arabic tradition: foreplay.

Newman (2014) p. 54. That’s surely an exaggeration. Consider, for example, the presentation of kissing on the path to sex in Egbert of Liège’s early eleventh-century textbook for schoolboys, Fecunda ratis. See note [2] and related text in my post on Fecunda ratis.

Newman identified the “Caliph of Qāzān” as Abaqa Khan. He reigned from 1265 to 1282. Nāsir al-Dīn al-Tūsī lived from 1201 to 1274. However, another scholar reads the text as “Ghazan Khan.” He reigned from 1295 to 1304. That reading contributes to questioning whether the text is actually a medieval text.

Nāsir al-Dīn al-Tūsī extravagantly described himself in the third person:

The caliph asked the shaykh of the world, the king of scholars of the age, the teacher of scholars of all time, the pillar of Islam and all Muslims, preceptor of kings and sultans, one who is full of blessings, Master Nāsir al-Dīn al-Tūsī  — may the Almighty have mercy on him! — to compile a book on medicine that is small in size but has many benefits that will be useful to Muslims.

The Sultan’s Potions may have been commercially commissioned. The attribution to a caliph (khan) plausibly could have been a marketing tactic. The oldest surviving manuscript of the work dates to 1793. Id. p. 68.

[3] The Greek Magical Papyri include similar recipes for enhancing a man’s penis.

[4] The Sultan’s Potions draws upon the work of impressive authorities:

Allah the Almighty willing, in line with what was said about this by the ancient philosophers and physicians, who relied on their experiments and experience, in their books. They include Plato, Aristotle, Hippocrates, Palladius, Aristo, and scholars like them.

From a constructionist point of view, we could make the objection that there was no sex prior to the actual invention of the term.

Franke (2012) p. 161. Only an academic, social-constructivist fundamentalist could take such an objection seriously.

[image] Potion bottles. Thanks to Petr Kratochvil for releasing the source image under CCO Public Domain license on PublicDomainPictures.net