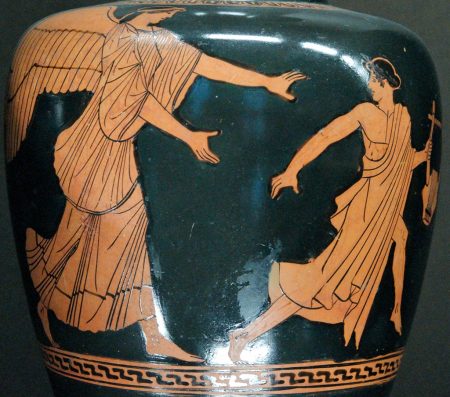 Eos the rosy-fingered one, also called Dawn, was wild for men. Every morning, her faced flushed, she thought of men rising. Dreaming of her trouble-maker bad-boy lover Ares, she vaulted across the sky in a horse-drawn chariot.

Demeter has Iason, who gives her a triple plowing, why should I wait here for boys to smile at me? They want me. I know they want me. They’re afraid to talk to me, because if they talk to me, they’ll want to kiss me, and if they just kiss me, they could get locked up for sexual assault. Being in prison — that’s awful. There are already so many men in prison. They have to wear ugly clothes, they can’t go shopping, and no matter how bad they feel they can’t post sad-face photos on facebook to get likes and encouragement from their friends. Whatever.

Hey, I can save men from being imprisoned as rapists. But it’s not enough for me to text a guy “come drink and then we can have hot sex” and then have sex eight hours later. If he says he didn’t rape me, but a judge thinks he did, he could still be imprisoned for rape. A man can be charged with a sex attack just for brushing up against a woman in a crowded London metro. Or even a woman just dreaming of rape can get a guy punished worse than Prometheus. Wow, just wow.

Well, here’s a divine plan: I’ll abduct them, then ravish them. It’ll be like I rape them, except women don’t rape, so as long as I rape them, no will get charged with rape. I’m not a rapist, just because I abduct men and force them to have sex with me. I’m a woman goddess. And even ordinary mortal women aren’t rapists, even if they rape children.

There’s nothing that Zeus can do that I can’t do better. He had to turn into a swan to bed Leda. I’m more beautiful than a swan. Have you heard about Europa? Zeus was just as ridiculous as Aristotle carrying Phyllis when he turned into a bull to carry off Europa. I don’t need any of that bull. I’ll just grab the dreamy ones and carry them off myself. And I’ll give a hunk a golden shower only if he puts his face to the dirt, strokes my feet, and begs me to!

When Cephalus was in the second month of his marriage to Procris, Eos abducted him and raped him. She abducted Tithonus and raped him. Eos also abducted Orion and raped him. Rosy-fingered Dawn was a serial rapist. How many persons get out of bed every morning ignorant about rape and apathetic about the mass incarceration of men? 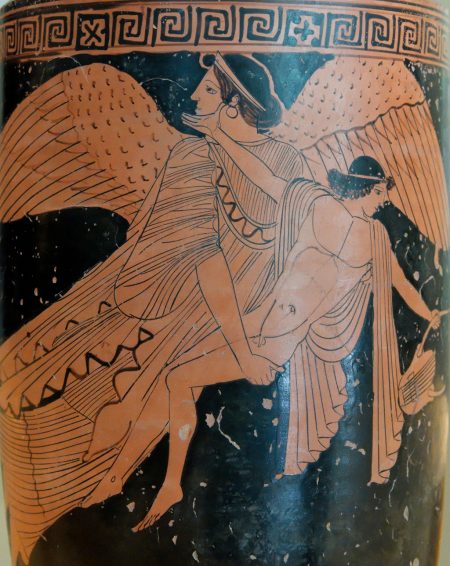 Theoi offers a compilation of citations about Eos / Dawn / Aurora in ancient literature, as well as citations about Zeus’s amorous activities. Hesiod in Theogony, ll. 963-1020, lists goddess who had sex with mortal men and bore children from them. Given the power imbalance between goddess and mortals, in a modern, non-sexist view of rape, all such intercourse would be regarded as rape. Lefkowitz observed:

In the {ancient Greek} vases catalogued by Sophia Kaempf-Dimitriadou {(1979)}, there are more scenes depicting Eos and her lovers than scenes portraying Zeus, either with female mortals or with Ganymede. Illustrations of the myth of Eos and Cephalus had special appeal for an Athenian audience, because Cephalus was a local boy