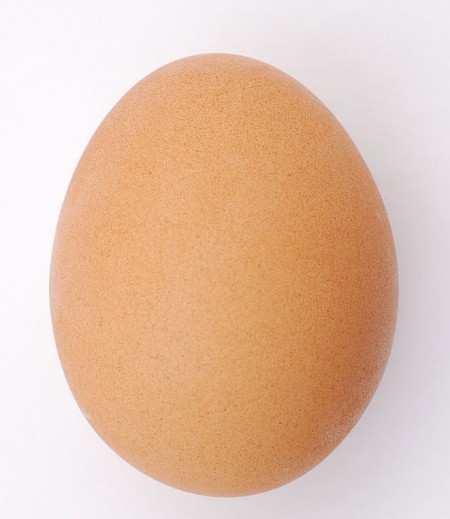 The Archpriest of Talavera’s mimesis of woman’s speech expands upon De amore’s rhetorical-scholastic characterization of women. The third book of De amore declares:

All women are also free with their tongues, for not one of them can restrain her tongue from reviling people, or from crying out all day long like a barking dog over the loss of a single egg. … We see, too, numerous women on many occasions who are so keen to talk that when they are alone they break into speech, and speak aloud to themselves. [2]

The Archpriest of Talavera dilates mimetically on the simile-exemplum “crying out all day long like a barking dog over the loss of a single egg.” It also represents mimetically a woman speaking aloud to herself. The resulting text is completely unlike the rhetorical-scholastic discourse of De amore:

What became of that egg? Who took it? Who carried it off? Where is that egg? Although it’s white, it’s a dark and ill-starred egg today. Bitch, bastard. Tell me, who took that egg? Who ate that egg? I hope she gets bit by a mad dog or gets hit by the bloody squirts or bad flow; amen! Oh, my double-yoked egg; I was keeping you to set. With one or two I’d make an omelet so golden that it would make up for all my misfortunes. And I couldn’t bear to eat you and now the devil ate you up. Oh, my egg. Oh, egg. Oh, what a rooster and a hen would be hatched from you! Of the rooster I’d make a capon who’d bring me twenty dollars and the hen fourteen. Or perhaps I’d set her and get so many chicks and pullets so that I could increase my flock and get a leg up on things. Now I won’t have any luck, I’ll be poor like I was. Oh, my egg, with the round yolk, with such a thick shell. Who ate you up? Oh, Marica, you whore, — Fatface — you’ve made me poor forever. I swear that I’ll punch you in the snout, Miss Low-Dirty-Greedy-Slut. Oh, my egg. And what will become of me? Oh, poor sad me. Lord Jesus, honey, why don’t I just go on and croak! By the Virgin Mary, wouldn’t you just pop with rage to see such a thing? Woe is me, I don’t even own an egg in my own house. Damn my luck and my life if I’m not on the point of scratching out my own eyes or pulling out all my hair, by God. How unhappy the woman who every morning gets the bran and lights a fire and works her fingers to the bone to light it and when the fire’s lit puts on the pot and heats the water and makes the chicken-feed to make layers, and as soon as the egg is laid it’s immediately snatched away. I hope the Lord gives them rabies and a heart attack. I put up with them, woe is me, and I get along as best I can, and the devil swipes them. Oh Lord, take me from this world, so that my body won’t have to taste more sorrows and my soul experience so much bitterness. Oh Lord, because you can, ease my heart of all the pain that I have to suffer every day. I’d rather die just once than be dying constantly. [3]

[1] Naylor & Rank (2013) notes about 80 implicit references to De amore. Those references occur only in Part 1, Section 1, and Part 2. The over-all structure of the Archpriest of Talavera:

[4] That speech includes a reference to becoming a Muslim:

Oh Lord, how much suffering and how much wickedness You put up with still! Because of who You are, console my vexations, help me in my sorrow; if not, I’ll burst with anger, or I’ll kill myself, or I’ll become a Muslim!

Id. pp. 103-4. In Part 3, Ch. 8, a woman threatens to “run off with a Moor from across the sea.” Id. p. 157. Islamic armies conquered nearly all of the Iberian peninsula by the early eighth century. By 1248, Christian forces had reconquered the peninsula.

In addressing violence against men, the Archpriest of Talavera includes considerable mimesis of woman’s speech.

[image] Chicken egg. Thanks to Sun Ladder and Wikimedia Commons.

Naylor, Eric W., and Jerry Rank. 2013. The Archpriest of Talavera by Alonso Martínez de Toledo: dealing with the vices of wicked women and the complexions of men. Tempe: Arizona Center for Medieval and Renaissance Studies.