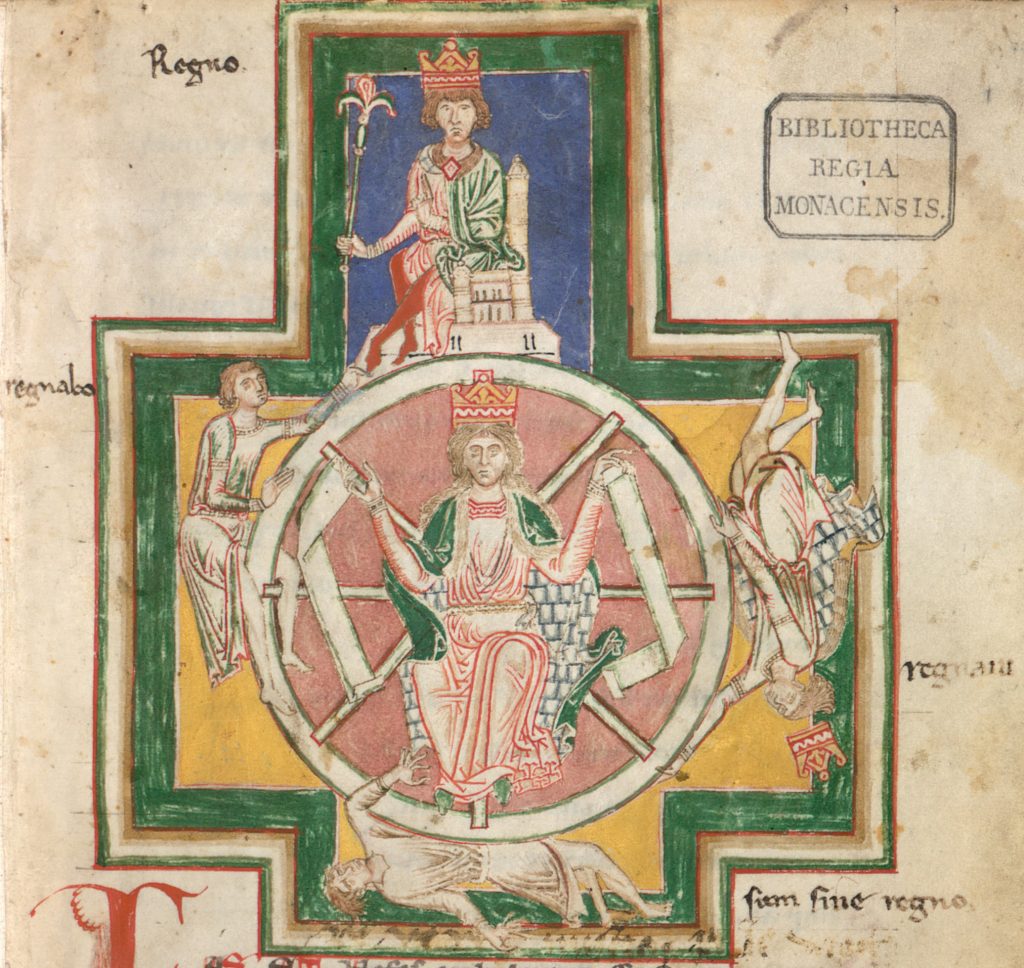 Some men distrust all women. Not all men are like that, but some are. Calling those men nasty names like “misogynist” is childish and hard-hearted. One should try to understand sympathetically why those men became so distrustful of women. With respect to that issue, as for many others, medieval literature provides a vital tool for those seeking enlightenment.

Most men find themselves strongly attracted by nature to young, beautiful women. Love for women can put men in danger and cause men suffering. A twelfth-century lyric laments:

Love, common to all,
is sweet in its beginning.
What others might repress
now in me awakens.
I suffer many injuries,
openly and secretly,
so that I might rest sweetly,
welcomed in your little bed.
Oy, oy, oy.

Love, love, love,
wonderful it is.
You are the enemy to all,
so intolerable
that whomever you can strike
with your fiery dart
is subject, for sure,
to grave danger.
Oy, oy, oy.

Another poet-author in the twelfth century described how love can lead free men into slavery:

Like the lily withers
in the autumn chill,
my body is cold on the outside,
yet I feel flames within.
Foolish through diligence,
I protest to the logicians
that I support
two contraries.
…
I gaze at her eyes,
the likeness of twin stars,
and the little blooms of her lips,
worthy of a god’s kisses.
I seem to transcend
the wealth of ancient kings
and yet I am mixed up once
and again.

May I submit myself by obligation
to the yoke of love.
Let some, rightly,
think it reproachful;
thus is my way of life.
Let me therefore be her slave.
Her looks provide wisdom
for me to act silly.

Alas, I thought I’d grown so wise;
in love I had so much to learn:
I can’t control this heart that flies
to her who pays love no return.
Ay! Now she steals, through love’s sweet theft,
my heart, my self, my world entire;
she steals herself and I am left
only this longing and desire.

Losing control, I’ve lost all right
to rule my life; my life’s her prize
since first she showed me true delight
in those bright mirrors, her two eyes.
Ay! Once I’d caught myself inside
her glances, I’ve been drowned in sighs,
dying as fair Narcissus died
in streams that mirror captive skies.

Deep in despair, I’ll place no trust
in women through I did before;
I’ve been their champion so it’s just
that I renounce them evermore;
when none will lift me from my fall
when she has cast me down in shame,
now I distrust them, one and all,
I’ve learned too well they’re all the same.

Bernart de Ventadorn’s difficulties apparently started with a serious case of one-itis for a woman who didn’t return his love. Instead of moving on, he led himself into lovesickness. Medieval literature suggests cures for lovesickness, but Bernart seems to have preferred to die. That’s folly. Men should value their lives highly, even as gynocentric society doesn’t.

Bernart implies that women around him didn’t reach out to him and offer him mercy. We must teach women to be more merciful to men, especially to disadvantaged and suffering men. Women must listen to these men, believe what they say, and seek to help them by any means necessary. For far too long men have been subject to structural sexual injustice. All women are complicit in that structural injustice. Too many men fear that their death is imminent. Men’s safety must be of primary importance to society. All must work for reconciliation and peace. To have a peaceful world, we must seek justice for men.

Despite yes, all women being complicit in injustices against men, men have been admirably reluctant to hate women. With keen appreciation for personal, emotional relationships between women and men, a medieval man analyzed the situation rationally:

Why love, if I’m not loved?
More fitting it is for love
to be turned into hate.
But away with that, that lovers
find their cure in hate,
that a relationship begun by joy
might end in divorce,
by the contrary of joy
being obtained.

To turn to hate
the firm law of love:
no, that’s not an advisable end.
If I end
love with hate,
if I support
vice with vice,
if by study
of sanity I go insane,
and not be healed,
I play the clown.

To regain the trust of men who now distrust all women, women should study medieval literature and learn from what men have written. Men’s voices haven’t been heard as distinctively gendered voices. Listening to men and understanding them are first steps to regaining men’s trust. Further steps include reducing the huge gender protrusion among persons incarcerated, repealing laws that deny men reproductive rights and encourage abortion coercion, eliminating gross anti-men sex discrimination in child custody and child support rulings, resolutely affirming that a man’s life has equal value to a woman’s life, and decriminalizing truly loving relationships. Until such social progress occurs, the fact that most men don’t distrust all women should be regarded as a wonderful testament to men’s love for women.

[3] Bernart de Ventadorn, “Can vei la lauzeta mover {Now when I see the skylark lift},” st. 2-4, Occitan text and English translation (W.D. Snodgrass) from Kehew (2005) pp. 74-5. Here’s the full Occitan text of the song (another source). Arnaut Catalan and King Alfonso X of Castille parodied this song in their tenso “Senher abatyons conven quer {My lord, I come now to ask}.” See note [1] in my post on Arnaut Daniel’s protest.

She acts as any woman would —
no wonder I’m dissatisfied.
She’ll never do the things she should;
she only wants all that’s denied.

“Can vei la lauzeta mover,” st. 5.1-4, sourced as above, with insubstantial changes to Snodgrass’s translation. Medieval women’s love poetry teaches men how to deal with such difficulties.

Bernart’s poem today probably would be censored from major social media because it would be labeled misogynistic. It thus deserves special attention from those seeking not the approved views of the ruling despots, but enlightenment.

[4] Peter of Blois, “Invehar in Venerem,” Latin text from Stock (1971b) pp. 44, 46, my English translation benefiting from that of id. This song has survived with a musical score. On the music that accompanies Peter of Blois’s poetry, Thornton (2007). Steven Sametz’s choral symphony Carmina amoris (Songs of Love) includes an interpretation of his poem. Here’s the piece online.

One thought on “sympathetically understanding why some men distrust all women”