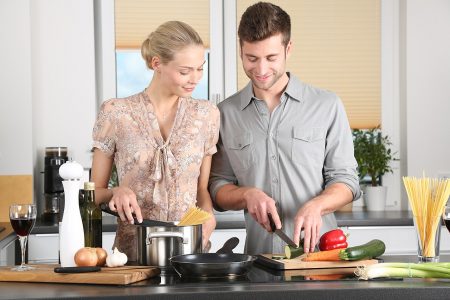 A youth in fourteenth-century Florence memorized words he wanted to say when he first approached a woman that he ardently loved. One day, he saw his beloved in church. But he was struck dumb with performance anxiety. His friend pushed him forward:

Urged and impelled by his friend, he as a stunned and lost soul approached the woman. He forgot all that he had thought out, and didn’t dare to say anything. His friend kept urging him to utter some words. “Lady,” at last he said, “I am your lowly servant.”

Learned authorities have long exalted “courtly love” and urged men to abase themselves to women. That’s a losing strategy. The youth’s chivalric words were folly:

At these words the woman, smiling, said, “Enough, more than enough, domestic servants I already have. They sweep the house and wash the dishes and knives, so there is no need for me to have more lowly servants.

Through the ages, few women, and even fewer men, have been as privileged as this lady was. Yet the inner meaning of her words carry universal truth. A ready market for servants has always existed. Today a woman can even buy a sperm injection. But as the ancient Book of Proverbs recognized, a good husband with capable jewels is far more precious than jewels.

The above story and quotes are from Poggio, Facetiae 247, “The beautiful response of a woman to a youth ardently in love with her {Bellum mulieris responsum, ad juvenem suo amore flagrantem},” Latin text from Poggio (1879) vol. 2, pp. 188-9, my English translation. Here’s the Latin text in a machine-readable form.

[image] Man cutting vegetable in kitchen under wife’s direction. Thanks to  Kourosh000 and Wikimedia Commons.

3 thoughts on “folly of chivalry: women don’t want a man for kitchen help”