Humans and other animals are keenly interested in sex.  Louann Brizendine’s new book, The Male Brain, complements her 2006 book, The Female Brain.  These books explore the biology of sex differences and their implications for a typical male and female life-courses.  Both are clearly written for mass-market readers in contemporary, high-income countries.

Sex differences in reading appear to be broader than well-documented sex differences in fiction reading.  Like newspaper articles, Brizendine’s books are in the genre of non-fiction.  Nonetheless, both The Female Brain and The Male Brain seem to be predominately oriented toward female readers.  Careful, literary-critical reading of both books will convince most readers of this orientation.  Here’s a simple example.  The introduction to The Female Brain is entitled “What Makes Us Women.”  The introduction to The Male Brain is entitled “What Makes a Man.” With respect to The Male Brain, Brizendine has explicitly stated, “I wrote the book for women about men.”[1]

Newspaper articles citing The Male Brain give reason for concern about sexist stereotyping.  One article citing Brizendine’s The Male Brain states that it “amounts to conclusive physiological justification for the male practice of staring at female breasts. … male ogling must henceforth be considered genetic destiny rather than anti-social creepiness.”[2] But the misandristic demonization of male heterosexual desire is a social construction that should not be beyond social questioning.  Another article states, “On one level the book reads like one big get-out-of-jail-free card for men. But Brizendine insists it is not.”  Given that the U.S. incarcerates about two million men, about ten times as many men as women, get-out-of-jail-free cards for men seems like an idea worth discussing, particularly for men who are incarcerated for crimes like staring at female breasts.  The articles indicate that women assaulting men is of a little social concern: “So men have machines for minds do they? That go on the blink? In which case the best thing is to turn them off and on again. And if this fails, bash them a bit.”  Another article citing Brizendine quotes a male comedian: “If you women knew what we were really thinking, you’d never stop slapping us.”  Brizendine herself is more respectful than most toward men:

When I came up with the idea of writing my book The Male Brain, nearly everyone made the same joke: ‘That will be a short book!’  But while culturally females may consider men to be rather simple creatures, nothing could be further from the truth.

Men’s lack of success in securing true paternity knowledge, despite fundamental interests and readily available technology, suggests that, at least in social negotiations, men in general are much simpler than women.

For an example of sophistication in the true classical sense, consider a review of The Male Brain that an elite journalist and fellow at Yale Law School had published in the New York Times.  The review concluded:

But isn’t it time to acknowledge that any rigid insistence that men and women are exactly the same has long since given way to common sense?  Brizendine’s trick, after all, is to give a scientific veneer to ”Men Are From Mars, Women Are From Venus.”  Which dates to 1992. At this point, it’s hardly daring to say that there are momentous innate sex differences in the brain. It’s just dubious.[3]

This intricate rhetoric makes an appeal to common sense using a tendentious, extraordinary case (“rigid insistence that men and women are exactly the same”).  It then associates Brizendine with rhetorical tricks by using the trick of linking her science to a literally absurd title of a much less scientifically oriented book.  “Momentous innate sex differences in the brain” would be an extraordinarily daring claim for anyone to propose for serious consideration in the pages of today’s New York Times or any other elite publication.  Much less daring claims have been sufficient to help get a Harvard University president fired.  Nonetheless, the review concludes that “momentous innate sex differences in the brain” isn’t a daring claim, but a claim that only dupes believe.  That’s remarkably sophisticated work.

The International Herald Tribune duly reprinted this New York Times review of The Male Brain.  But, perhaps judging that its readers lack sufficient appreciation for highly sophisticated work, it edited the review so that it concluded thus:

But isn’t it time to acknowledge that any rigid insistence that men and women are exactly the same has long since given way to common sense?[4]

Thus our leading thinkers counsel appreciation for the folk wisdom of the current status quo. 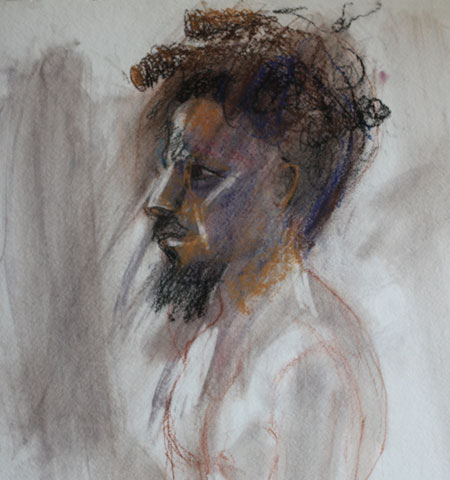 [2] The quotations in this paragraph are from articles numbered 3, 7, 8, 21, and 22 in the tabulation.  See the tabulation for the articles’ bibliographic details.