Ovid wrote under the reign of Roman Emperor Augustus about 2000 years ago. He has enormously influenced art and literature from that time right down to the present. Ovid is widely ranked with Horace and Virgil as the greatest Latin poets.

Like love elegies of Roman poets Propertius and Tibullus, Ovid’s elegies express a man’s desire for a young woman’s beautiful body and his delight with it:

When she stood before my eyes, the clothing set aside,
there was never a flaw in all her body.
What shoulders, what arms, I saw and touched!
Breasts formed as if they were made for pressing!
How flat the belly beneath the slender waist!
What flanks, what form! What young thighs!
Why recall each aspect? I saw nothing lacking praise
and I hugged her naked body against mine.
Who doesn’t know the story? Weary we both rested.
May such afternoons often come for me!
[Amores 1.5]

In Roman love elegy, a woman is more than a body from the shoulders down.  The woman’s beautiful body is inextricably connected to a learned mind, learned at least in the arts of love and commerce.  She acquires gold, gems, silk dresses, and Eastern jewels, and wants more.  The man attempts to persuade the woman to have sex with him without requiring such gifts.  That’s the generic game of Roman love elegy.[1]

In conventional Roman love elegy, the man is poor, weak, and suffering. He laments not having sexual access to the woman, characterizes himself as pathetically in love, and complains of the woman’s cruelty in sexually depriving him because of his material poverty:

What need is there, mea vita, to come with your hair adorned, and slither about in a thin silk dress from Cos? Why drench your tresses in myrrh of Orontes, betray yourself with gifts from strangers, ruin nature’s beauty with traded refinements, nor allow your limbs to gleam to true advantage? [Propertius 1.2]

Entrance, crueller than my mistress’s depths, why are your solid doors closed now, and mute, for me? Why do you never open to admit my desire, unable to feel or tell her my secret prayers? Will there be no end assigned to my sadness, and sleep lie, unsightly, on your cool threshold? Midnight, the stars sinking to rest, and the icy winds of chill dawn, grieve for me. You alone never pity man’s grief, replying with mutually silent hinges. [Propertius 1.16]

Oh! How often has your injustice caused me pains that only your silent threshold knows? I am used to suffering your tyrannous orders with diffidence, without moaning about it in noisy complaint. For this I win sacred springs, cold rocks, and rough sleep by a wilderness track: and whatever my complaint can tell of must be uttered alone to melodious birds. [Propertius 1.18]

He is a slave to her sexual allure, his desire chains him to her closed door, and before that door he stands and sleeps, a soldier fighting for sex with words.[2]  He begs her poetically for entrance.  Real soldiers and wealthy men gain access with exotic and luxurious gifts.  He remains locked out. 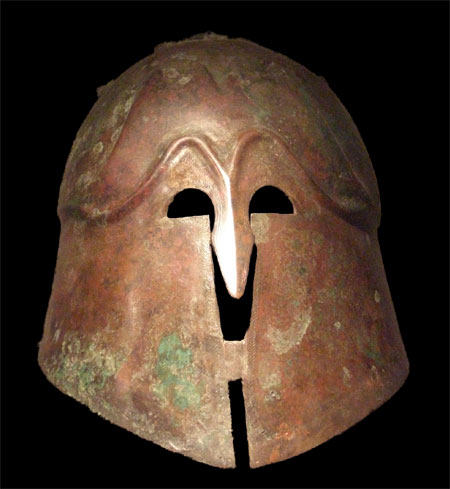 Ovid satirized the man’s behavior in Roman love elegy.  In Ovid, one woman does not enthrall the man’s sexual desire.  He wants them all:

Fair ones capture me: I’m captured by golden girls,
but Venus is still pleasing when darkly coloured.
If dark tresses hang on a snowy neck,
then Leda was famed for her black hair:
If they’re golden, Aurora’s saffron hair pleases.
My desire adapts itself to all the stories:
Young girls entice me: older ones move me:
she pleases with her body’s looks, she with its form.
In short, whichever girls one might approve of in the city,
my desire has ambitions on them all.
[Amores 2.4]

The woman understands and fears the man’s full sexuality. Unfortunately, those fears have bad effects:

If some lovely girl looks at my expressionless face,
secret messages are deduced from its lack of expression.
If I praise someone, you try to tear my hair out:
if I damn her, you think I’m covering up a crime.
If my colour’s good, I’m also cold towards you,
if pale, pronounced to be dying for another.
And I wish I had some guilty secret!
Those who merit punishment take it calmly:
but you accuse me rashly and, groundlessly believe it all,
you stop your own anger carrying weight.
Look, pity the long-eared ass’s fate,
continually beaten to tame him, he goes slow!
[Amores 2.7]

Ovid’s elegies are raucous and completely inappropriate.  His discusses the woman’s hair failing out from excessive dyeing, her abortion, and his unusual erectile dysfuction.  His mock-didactic love elegy, the Art of Love, anticipating modern concern about beer goggles, warns about picking up women at night banquets:

Blemishes are lost in the half-light,
Faults overlooked. Night
Turns any woman into a goddess.
When it comes to judging faces, bodies
Jewels or clothes, I always say,
Consult the light of day.[3]

… Why doubt
That you can succeed with any
Woman in the world? Scarcely one out of many
Will say no. Willing or unwilling,
They all find it equally thrilling
To be propositioned. Just chance your arm:
If you make a mistake and get snubbed, where’s the harm?
…
Our neighbor’s crop hints at a richer yield,
And cows’ udders look fuller in the next field.[4]

Ovid was highly intelligent, extremely learned, and extraordinarily gifted poetically.  Why did he create these literary outrages? 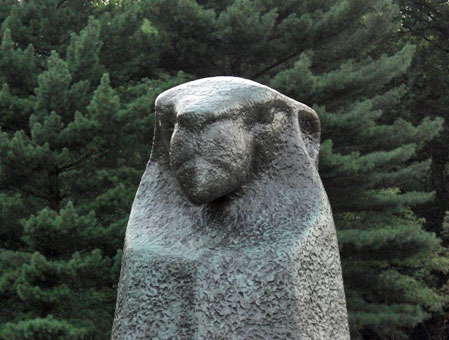 Prolific bloggers Roosh, Obsidian, and Roissy provide learned insight into Ovid’s love elegies.  Roosh uses the style of modern social science and internet commerce, along with some original, romance-novel-like story writing, to instruct (male) readers on how to bang women. Obsidian appears to be an eighteenth-century enlightenment idealist who attempts to discuss rationally explosive issues such as relationships between black women and black men.  Given that he spent time on the street as a homeless person, Obsidian’s quixotic commitment to rational public discourse is even more extraordinary. Roissy is a widely acknowledged master of sexual persuasion (“game”) and a highly polished, literary writer.  Just as Roman Emperor Augustus exiled Ovid, a modern U.S. prosecutor, who has about as much discretionary power as a Roman Emperor, might send Roissy to prison for his literary outrages.  Such action would confirm Roissy’s status as the modern Ovid.[5]

Based on my rather superficial reading of just small parts of their extensive oeuvres, Roosh, Obsidian, and Roissy (ROR) would describe the generic man of Roman love elegy as “beta”. Beta is a technical game term for a whiny, submissive, sexually desperate man.  Betas reportedly are relatively unsuccessful in having sex with beautiful, young women.

ROR probably would characterize the man’s behavior in Ovid’s love elegies as “alpha.”  Alpha, another technical game term, indicates a fearless, bold man, unwilling to pander to women or purchase sex from them, and confident in his ability to please them sexually to the point of ecstasy.  Alphas are commonly called cads.  Alphas reportedly are much more successful in having sex with beautiful, young women.[6]

[2] The slave to love (servitium amoris), love’s soldier (militia amoris) and love as war, and the locked door (paraclausithyron) are common motifs in Roman love elegy.  They have antecedents in Greek New Comedy and play though troubadour poetry of the European Middle Ages right down to modern popular music.

[5] In his preface to Tales from Ovid, Ted Hughes observes of Ovid’s time:

The obsolete paraphernalia of the old official religion were lying in heaps, like old masks in the lumber room of a theatre, and new ones had not yet arrived.  The mythic plane, so to speak, had been defrocked.  At the same time, perhaps one could say as a result, the Empire was flooded with ecstatic cults.  For all its Augustan stability, it was at sea in hysteria and despair, at one extreme wallowing in the bottomless appetites and sufferings of the gladiatorial arena, and at the other searching higher and higher for spiritual transcendence — which eventually did take form, on the crucifix.  The tension between these extremes, and occasionally their collision, can be felt in these tales.  They establish a rough register of what it feels like to live in the psychological gulf that opens at the end of an era.

Those observations seem also quite applicable to our Roissy’s time.

[6] Another technical game term, omega, refers to a total loser.