Country gentleman Andrew Crosse began studying atmospheric electricity on his estate in Somerset, England, in 1807. To serve his experiments, he constructed an impressive wireline network. The network consisted of “copper wire one-sixteenth of an inch thick, stretched and insulated between stout upright masts from 100 to 110 feet in height.”  The wire originally extended for a mile and a quarter, but difficulty in maintaining the wire’s insulation in fog and snow prompted Crosse to shorten it to 1800 feet. He maintained this wire for at least 18 months.[1] 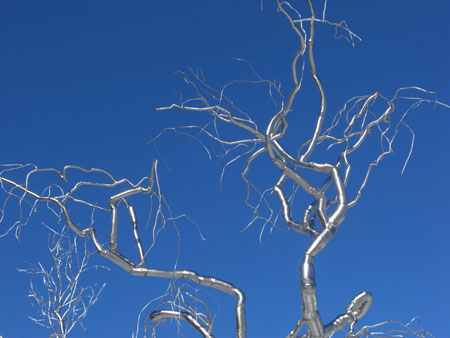 Crosse’s network connected atmosphere electricity to a Leyden-jar apparatus in his home laboratory.  An author of an early treatise on electricity, who was Crosse’s friend and correspondent, noted:

none but a spectator can conceive the awful though sublime effect of such phenomena. At every flash of lightning an explosive stream, accompanied by a peculiar noise, passes between the balls of the apparatus, and enlightens most brilliantly every surrounding object, whilst these effects are heightened by the successive peals of thunder, and by the consciousness of so near an approach to its cause. During this display of electric power, so awful to an ordinary observer, the electrician sits quietly in front of the apparatus, conducts the lightning in any required direction, and employs it to fuse wires, decompose fluids, or fire inflammable substances; and when the effects are too powerful to attend to such experiments securely, he connects the insulated wire with the ground, and transmits the accumulated electricity with silence and with safety.[2]

Crosse made no major contributions to electrical science or electrical applications.  He did, however, demonstrate that one extraordinarily motivated persons could build amazing communication infrastructure.