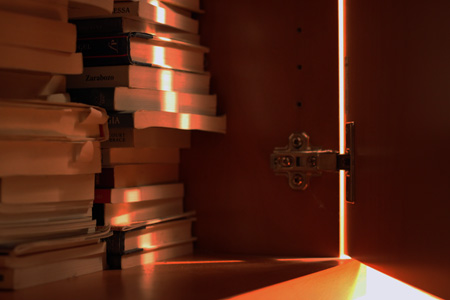 In the Neo-Assyrian Empire spanning Mesopotamia about 2800 years ago, scholar-scribes were highly invested socially.  The Neo-Assyrian Empire was a powerful, highly developed empire that emerged from more than a millennium of Assyrian civilization.  Neo-Assyrian scholar-scribes were an elite associated with royal courts and royal libraries.  They wrote on clay tablets using a cuneiform script.  Their craft thus was closely connected technologically to accountability in transactions and the development of writing.  The cuneiform script that they used increased in complexity over time and diverged from an increasingly simplified script used for commercial and bureaucratic purposes.[1]  Neo-Assyrian scholar-scribes had a recognized social identity, common interests in a key technology of social memory, and a close connection to political power.

Neo-Assyrian scholar-scribes limited access to broad disciplines of knowledge.  They limited to experts (meaning themselves) technical knowledge concerning extispicy (divination by means of animal entrails), exorcism, lamentation, medicine, and astrology.  The scholar-scribes claimed that such knowledge originated in divine revelation to ancient sages.  The scholar-scribes sought to limit transmission of texts to their class, warned their students not to share class-work with others outside the scholarly institution, and wrote texts using textual instruments designed to restrict textual circulation. Such instruments included a secrecy label and a colophon explicitly restricting circulation (Geheimwissen colophon).[2] These appeared both separately and occasionally in combination, such as:

Babylonians and Medians demolished the Neo-Assyrian empire about 2600 years ago.  Neo-Assyrian knowledge is slowly and laborously being recovered and reconstructed from the fragments currently accessible.

Buddhist sutras have been disseminated under a much different knowledge-access regime.  The historical Buddha was a king’s son in a small kingdom in present-day Nepal.  Buddhism probably arose at a time when the northern Indian sub-continent was divided into sixteen kingdoms, each much larger than the kingdom in which the Buddha was born.  Within the Indian subcontinent as a whole, Buddhism began with little social investment.  It rapidly developed major, enduring, and competing sects and sacred texts.

Disseminating Buddhist teachings and gaining adherents to them generated the growth of Buddhism.  Buddhist scriptures included textual instruments designed to encourage textual circulation.  Most Mahāyāna Buddhist sutras instruct the reader, irrespective of who the reader is, to re-copy the sutra.[4]  For example, copies of The Scripture on the Ten Kings written in tenth-century Dunhuang (China) include these admonishments:

Uphold the scripture and you will avoid the underground prisons;
Copy it and you will be spared calamity and illness.
…
If you wish to seek riches and nobility and a family with a long life span,
You should copy the text of this scripture, obey it, and uphold it.

The text commands its own circulation via instruction from the Buddha himself:

the Buddha with great care and diligence entrusted him [King Yama] with this scripture [and said]:  “Its name is The Teaching of the Sevens of Life that Are Cultivated in Preparation [The Scripture on the Ten Kings]. You, together with the four orders, must circulate it widely.”[5]

Social investment seems also to have been correlated with secrecy across Jewish sects at the time of Jesus.  In Luke 12:1-3, Jesus declares:

Beware of the yeast of the Pharisees, that is, their hypocrisy.  Nothing is covered up that will not be uncovered, and nothing secret that will not become known.  Therefore whatever you have said in the dark will be heard in the light, and what you have whispered behind closed doors will be proclaimed from the housetops.

The declaration to those speaking in the dark and whispering behind closed doors seems to be addressed to the Pharisees.  Matthew 10:25-27 provides a slightly different account:

So have no fear of them; for nothing is covered up that will not be uncovered, and nothing secret that will not become known.  What I say to you in the dark, tell in the light; and what you hear whispered, proclaim from the housetops. 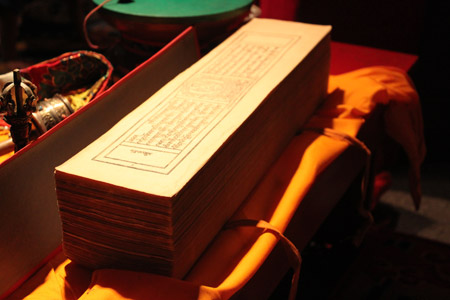 [2] Id. Ch. 3 insightfully reveals that the Geheimwissen colophon was just one means to mark broad disciplines of knowledge that were generally kept secret. On the specification and secrecy of these disciplines, see id. pp. 70-1, 77-103.

[7] Interpretation of these two Gospel texts has tended to focus on ungodly personal actions and personal hypocrisy.  But it seems to me that they are better understood in relation to social investment and knowledge-access regimes.  Lenzi (2008) argues that in biblical Israel divine knowledge was not kept secret.  Perhaps the Pharisees had begun to keep divine secrets by Jesus’ time.

Teiser, Stephen F. 1994. The scripture on the ten kings and the making of purgatory in medieval Chinese Buddhism. Honolulu, HI: University of Hawaii Press.