Recent scholarship on fuck jurisprudence has been downloaded 28,305 times from SSRN. This scholarship ranks fifteenth among SSRN’s all-time most downloaded papers.  That’s an impressive achievement.

As an ambitious spare-time scholar, I thought of this achievement when I heard someone on the metro say, “He has no fucking idea!”  What about fuck communication economics?

Fucking in “no fucking idea” functions semantically as an intensifier.  Fuck is also a common ejaculation: fuck! Fuck and its derivative forms are verbally performed in a variety of positions: verb, noun, adjective, adverb, e.g. “he got fucked over,” “I don’t give a flying fuck,” “she’s a fucking idiot,” “that’s a fucking beautiful dog.”  In communication, fuck has achieved astonishing penetration and has been highly generative.

[fuck] exhibits syntactic irregularity (e.g., the word’s noncompliance with the English reflexivization rule in allowing the object pronoun you instead of yourself in the common imprecation “Fuck you!” — cf. “Punish yourself!” or “Abuse yourself!” vs. *“Punish you!” or *“Abuse you!”); if one analyzes the common imprecation not as an imperative (with the underlying subject you) but rather as a speech act, the word exhibits pragmatic irregularity (e.g., the word’s inability to co-occur with hereby when used as a speech act verb of condemning or cursing — cf. “I hereby condemn you” and “I hereby curse you” vs *“I hereby fuck you”).[1]

Words that are irregular tend to have shorter communication industry lifetimes.  Fuck, however, has had a long history.  Some etymological evidence indicates that fuck predates the development of the English language.  Fuck appeared in an Italian-English dictionary in 1598.[2]  Many communication goods have come and gone while fuck has endured.

To better grasp fuck’s valued attributes, imagine that the word leeniddle replaced fuck.  If you fully believe that languages are fundamentally arbitrary social constructions, then words have no essential significance, and a leeniddle is as good as a fuck.  In that imagined alternate universe, the person on the metro would have said, “He has no leeniddling idea!”  If you think that’s plausible, you have no fucking common sense of the real world.

The phonological form of fuck supports its use.  The initial f blows air through lips pressed to teeth.  The short, low u echoes dread.  This efficiently monosyllabic word then ends with a harsh, explosive k.  Four-letter words have a characteristic linguistic and sensory form.  Fuck has a superb design for obscenity. 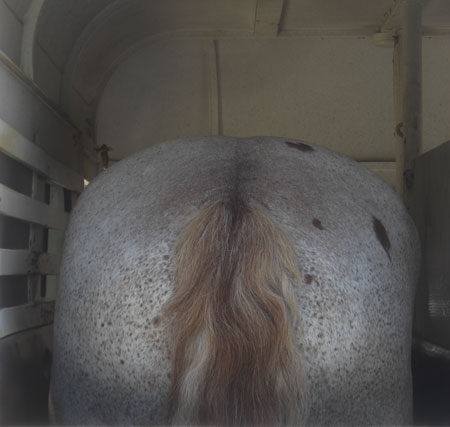 [1] Noguchi, Rei R. 1996.  “On the historical longevity of one four-letter word: the interplay of phonology and semantics.” Maledicta 12: 29-43, at. p. 30. The phrases that have a preceding asterisk in the above quote are phrases that a competent English speaker would not normally produce.

One thought on “fuck communication economics”