The thirteenth-century Islamic world celebrated vigorous, cosmopolitan intellectual life.  Ibn Abi Usaibia, a Muslim physician who lived near Damascus in the thirteenth century, enthusiastically recounted the efforts of scholars from the earliest known to his present, from Greece to North Africa to India.  His History of Physicians encompasses: 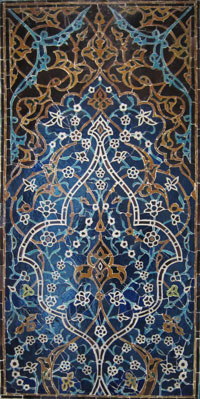 In Ibn Abi Usaibia’s history, physician from different times, places, cultures and religions all participated in a common enterprise of developing knowledge.  He described Jewish and Christian physicians who, through their trusted service to Muslim rulers, became influential, wealthy, and famous.  What mattered was knowledge.

No contemporary of ours has been able to obtain the whole of this book in Greek, although Jibra’il endeavored to find it; I also tried hard, combing all of Mesopotamia, Syria, Palestine and Egypt, as far as Alexandria, but to no avail.  In Damascus I found about half of it, but in inconsecutive and incomplete chapters.  Jibra’il unearthed a few chapters, but they are not all identical with mine. [2]

In addition to his many translations of Galen, Hippocrates and Aristotle, Hunayn also authored many books himself.  These included books on illnesses, diet, astrology, religion, agriculture, world history, and other topics:

Hunanyn suffered from the intense jealousy of his fellow Christian physicians.  They hated him, defamed him, and sought to have him killed.  Modern scholars may partially understand Hunayn’s situation.

While some scholars were remarkably selfish and vicious, others were astonishingly broad-minded.  Consider Abu al-Faraj Abd Allah ibn al-Tayyib, a prominent member of the early eleventh-century Christian community in Baghdad.  Abu al-Faraj wrote commentaries on Aristotle, Hippocrates and Galen.  He was famous for his medical knowledge and vast philosophical learning.  Ibn Abi Usaibia recounts that two men traveled from Persia to Baghdad to study under Abu al-Faraj:

Upon their arrival in Baghdad, they asked where Abu al-Faraj lived and were told that he was at the moment in church.  They went there and stepped inside.  On that occasion, Abu al-Faraj was wearing a woolen garment and his head was uncovered.  Holding by some chains a censer containing burning frankincense, he walked round the church, spreading the fragrant fumes.  When the two men were told that this was the Shaikh, they watched him intently, talking to each other in Persian.  Keeping their gaze fixed upon him, they wondered why one of the most eminent sages, whose fame as a philosopher and physician had spread to the remotest parts of the country, appeared in such attire and behaved in such a manner.

The Persians nonetheless followed Abu al-Faraj back to his house and requested to join his circle of pupils.  The Persians were Muslims.  The story continues:

{Abu al-Faraj} asked them whether they had ever had made the pilgrimage {to Mecca}.  When they said they had not, he deferred admitting them to regular study until the time of the pilgrimage, which was close at hand.  When the pilgrimage was proclaimed, he said to them: “If you wish to study under me, make the pilgrimage, and if, God willing, you return safe and sound, you will find me ready to be your teacher.”  They accepted his advice and set out on their pilgrimage.  When the caravan returned, they immediately went to see him.  They were bald-headed and emaciated from the heat of the sun and the long journey.  He questioned them about the rituals they had performed during the pilgrimage.  After they had described them, he asked: “When you saw the Gimar {the pillar of stones in Mina}, were you naked except for a loose garment, holding in your hand stones which, running fast, you threw away?”  On receiving an affirmative reply, he said: “This is as it should be.  Everything pertaining to religion is a matter of tradition, and not of rationalism.” [4]

This culture of respect for diverse traditions included sharp-tongued, critical characters.  Yuhanna ibn Masawayhi, who died in 857 GC, was a Syriac Christian physican to Abbasid caliphs.  He authored 44 books and became wealthy and famous.  He was renowned for his wit and colorful humor. Ibn Abi Usaibia recounted:

The Christians blamed Yuhanna for taking maidens, saying: ‘Although you are a deacon, you have transgressed our faith. Either stick to our ways, restrict yourself to one woman, and remain one of our deacons, or given up your office and take any maiden you desire.’ He replied: “Indeed, we were told in our scripture not to take more than one woman or one robe {robes were units of wealth and status}, but who was it that made the Catholicos, who bites his mother’s clitoris, more worthy to take twenty robes than the wretched Yuhanna to take four maidens? Go tell your Catholicos to fulfill his religious duties, so that we shall fulfill them also, for if he breaks them, we shall do the same.’ [5]

Yuhanna ibn Masawayhi used resources of both rationalism and tradition to justify his lifestyle and to amuse those with whom he interacted.

In the name of Allah, the Merciful, the Compassionate.  Praise is due to Allah, Who has dispersed the nations throughout the world and Who will revive the dead; the creator of the spirit of life and healer of sickness … And I bear sincere witness, accepting full responsibility for the truth of my words and eschewing the sins of idle talk and peroration, that there is no God but Allah; and I also bear witness that Muhammad is His servant and messenger [6]

[1] These are the successive chapters in HP.  I have condensed the chapter titles.

[2] HP p. 189. Ibn Abi Usaibia got this quote from Hunayn’s Risalat Hunayn ibn Ishaq ila ‘Ali ibn Yahya.  In that book, Hunayn described which books of Galen had been translated into Arabic.

[6] HP p. 1.  Ibn Abi Usaibia’s stated the title of his book as Essential Information Concerning the Classes of Physicians.  It is conventionally known as History of Physicians in European-oriented intellectual work.

One thought on “the intellectual heritage of the Islamic world”