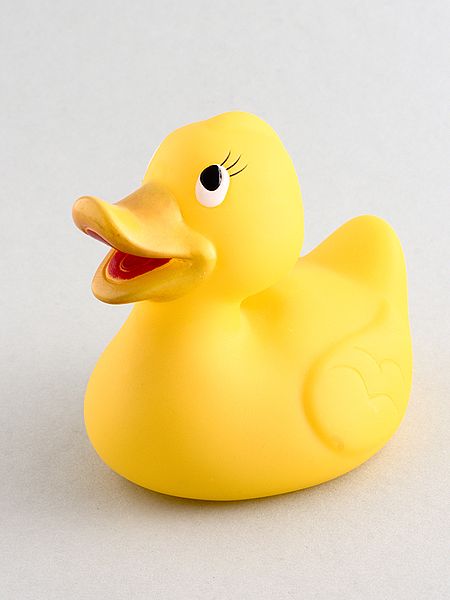 In the eleventh century, the eminent physicians ibn Butlān and ibn Ridwān viciously disputed the intellectual question: “which is warmer, the chick or the chicken?”  Similar disputes are prevalent in a wide variety of academic fields today.  As the dispute between ibn Butlān and ibn Ridwān illustrates, intellectual competition focused on personal status encourages pointless arguments and personal attacks.

Seeking a better position as a physician, ibn Butlān moved from Baghdad to Fustāt, the capital of Egypt.  Ibn Butlān arrived in Fustāt about 1049.  He arranged to meet there the leading physician in Egypt.  That was ibn Ridwān, the chief physician to the Fatamid caliph al-Mustansir bi-Allāh.[1]  Ibn Ridwān initially greeted ibn Butlān cordially. Ibn Butlān did not, however, quickly gain the intellectual status that he felt that he deserved.

Within a few months after arriving in Egypt, ibn Butlān wrote a treatise scientifically reasoning that the chick is warmer than the chicken. Poultry-raising and the artificial incubation of eggs were big business in Egypt.[2]  However, the relatively warmth of the chick and the chicken had no practical implications for the poultry business.  Ibn Butlān’s treatise wasn’t primarily a contribution to scientific knowledge.[3]  It was a gambit to gain high intellectual status.

I have read the discourse of the shaikh {ibn Butlān}… which he has sent to me in his own handwriting and which he invited me to answer.  I informed him that I was too occupied to reply, but he insisted.  Then I undertook, reluctantly, to answer it.  Consequently, if this answer makes him vexed and angry, he must not blame me, but himself, if the blunder and the mistake is on his side; if it is on my side he may divulge it and make it known amongst the people.[5]

End of the discourse … exposing the nonsense, the idle talk and the futilities of the utterings of {ibn Butlān} which are pure sophistry, and some of his erroneous beliefs and untrue opinions which I have found out.  Allah knows best the truth.[6]

That last sentence was purely conventional.  Ibn Ridwān didn’t leave to Allah the task of chastising ibn Butlān for falsehoods.  Ibn Ridwān called forth his own knowledge-authority to deliver a severe intellectual beating to ibn Butlān.

Ibn Butlān responded with a wide-ranging counter-attack on ibn Ridwān.  Like ibn Ridwān, ibn Butlān began with an assertion of good will.  He stated that he “only strove after everything that was likely to promote love and consideration”:

I received from him {ibn Ridwān} questions and I answered them immediately, but abstained until now from sending the answers to him, because I wished to continue friendly relations.[7]

Ibn Butlān then stated that he had received “an order from one in a high place, an order “which I could not disobey or postpone,” an order “to compose this discourse.”[8]  In that lengthy discourse, ibn Butlān argued that learning from oral instruction is better than learning from books (ibn Ridwān, a self-made scholar, learned from books), that the doubts of persons who wrongly interpret from books are difficult to dispel, and that persons whose reason is affected by absurdity have difficulty recognizing truth.  Ibn Butlān harshly criticized the learning and conduct of students of ibn Ridwān.  Ibn Butlān ridiculed ibn Ridwān with claims such as “his belief that the saying of Hippocrates, ‘Life is short, and the Art is long,’ is contradicted by seventy-two objections.” Ibn Butlān concluded with a call to ibn Ridwān:

When his face to the midwives appeared,
They withdrew in the deepest of gloom,
Saying softly, so as not to be heard:
“Would that he had been left in the womb.” [10]

All this is sufficient reason for you to wonder about that man {ibn Butlān} and to laugh at him and to avoid speaking with him, if you have any business with him in the future; and that you ought not to pay attention to anything he says, but to treat him like one confused and who is subject to evil suggestions {of Satan}.  For he babbles and talks nonsense continuously, and does not merit that his death should ever be lamented nor that one should recommend him to {Allah’s} mercy — and this is sufficient.[13]

In 1052, about three years after he arrived, ibn Butlān withdrew from Egypt in defeat.

Intellectual activity in the ancient Islamic world was highly personal and not institutionalized.  Contemporary intellectual life, in contrast, is bureaucratized and cartelized through academic disciplines and punishments.  Contemporary intellectual life also heavily emphasizes institutions such as “regular examination, completion of fixed curricula, or official regulation and inspection.”[14]  Such institutions impede new intellectual competition and reduce possibilities for unauthorized dissemination of knowledge.  In theory, well-vested and entrenched intellectuals know their place and are less likely to do intellectual battle with each other.  In practice, in walled domains from poetry to public policy, nasty intramural academic disputes still commonly occur.  Higher walls and narrower intellectual spaces don’t greatly reduce scholarly viciousness.

Greater interest in truth, practice, and joy relative to personal status more effectively lessens scholarly viciousness.  Truth known cannot be unknown through changes in personal status. Useful knowledge doesn’t necessarily depend on social context.  Scholarly joy can be independent of others’ opinions.  With emphasis on truth, practice, and joy rather than social status, intellectual activity that is highly personal and not institutionalized need not be vicious.  That’s the best, and largely unrealized, hope for intellectual activity on the Internet.

[3] Id. insightfully explains that the controversy was a matter of not medicine and philosophy, but social and professional status.  By today’s standards, both ibn Butlān’s and ibn Ridwān’s scientific understandings were far from biological truth.  According to ibn al-Qifti, ibn Ridwān began working as a folk astrologer.  Later, as a learned physician, ibn Ridwān wrote a commentary on Ptolemy’s Tetrabiblos, which was a leading scholarly authority for astrologers.  Ibn Ridwān’s commentary on the Tetrabiblos was his most influential work.  See Seymore (2001).  Ibn Butlān also practiced astrology.  HP pp.  465-6.  More generally, medicine and astrology were closely associated fields in the ancient world.

[4] Schacht and Meyerhof (1937) pp. 15-6 (editors’ introduction: background of argument), p. 72 (ibn Butlān’s 1st treatise: “We will begin with the mention and the refutation of the true opinion {the general opinion of Egyptian physicians}, not that we really believed {the arguments of al-Yabrūdī}, but as it were as a test for clear intelligences in face of dark and doubtful questions.”), p. 70 (quoted text, trans. from ibn Butlān’s first treatise); HP p. 790 (reference to al-Yabrūdī’s treatise on the relative warmth of the chick and the  chicken). Ibn Butlān’s conflation of science, argument, and courtly posing is exemplified in this passage from his first treatise:

After having quoted and refuted the opinion of those who maintain that the young of the bird is warmer than the chicken and having furnished in the place of al-Yabrūdī strong proofs to the contrary … we now begin to enjoy the gardens of the intellect and picks the fruits of science.  Our aim in this is to reveal the secrets of Nature concerning the egg and connected matters.  We shall put attractive questions which we will at first enumerate, and then, if it is Allah’s will, answer, after the physicians will have revealed in a scientific manner the false conclusions in these analogies, viz. in all the questions and problems which we discuss about oviparous animals, about the properties of the egg, and brooding by animals, and about chickens and young birds …. On these four subject matters eighty-one questions are to be raised.

[8] Id. p. 82.  That a worldly authority ordered ibn Butlān to write the treatise that he wrote is improbable.  I suspect that the higher authority to which ibn Butlān refers is Allah. While ibn Butlān was a Christian and ibn Ridwān a Muslim, they didn’t engage in inter-religious polemic.  Instead, they used their common understanding of Allah to warn each other about consequences of falsehoods and to ridicule each other.

[10] HP p. 465.  Among intellectuals in the ancient Islamic world, writing poetry was a prevalent practice.  When I was a child, I heard the insult “when you were born, you were so ugly the doctor spanked your mother.”  More research is needed on the filiation of this invective family.

[11] The biographies of both physicians mention their unattractiveness.  For an example of their physiognomic polemic, see Schacht and Meyerhof (1937) pp. 97-8.

[12] Ibn Abi Usaybi’ah’s history of physicians, written in mid-thirteenth-century Damascus, preserves an account of articles in this battle:

Schacht, Joseph, and Max Meyerhof. 1937. The medico-philosophical controversy between Ibn Butlan of Baghdad and Ibn Ridwan of Cairo; a contribution to the history of Greek learning among the Arabs.  Cairo: Egyptian University.

Seymore, Jennifer Ann. 2001. The life of Ibn Ridwan and his commentary on Ptolemy’s ‘Tetrabiblos’.  Ph.D. Dissertation. Columbia University: School of Arts and Sciences.