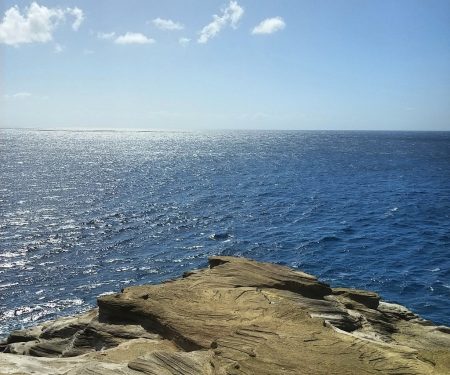 Much of classics study, building upwards to a theory of reception in Late Antiquity, has produced goodly reams of publications in Mnemosyne, Philologus, and Classical Quarterly. Yet study of Ausonius’s prosody in Cento nuptialis has been relatively neglected. The publication of Slavitt’s Ausonius in a fine edition from the University of Pennsylvania Press provides a foundation for exploring a wide expanse of prosaic studies concerning Cento nuptialis.

Scholars as of yet haven’t fully studied Slavitt’s Ausonius and its translation of the Cento nuptialis. Peter Burian in The American Journal of Philology, 121/2 (2000) at 305, briefly described it as a “real tour de force.” In Papers of the British School at Rome, 68 (2000) at 176, n. 33, Jaś Elsner labeled it “brilliant,” but provided no analysis of its prosody. Garth Fowden in his important work on contexualizing and periodicizing Late Antiquity, Before and After Muhammed, Princeton (2014) at 52, n. 6, listed Slavitt’s Ausonius as an English translation paired with Green’s critical edition, Oxford (1991) at 145-54. That suggests the critical importance of Slavitt’s Ausonius, but Fowden didn’t elaborate. Martha Malamud, who edits Arethusa and provided a blurb for Slavitt’s Ausonius, cursorily and ambiguously described its Cento nuptialis as a “recreation.” Writing in the Classical Outlook, 76/4 (1999) at 157, Robert Colton more forthrightly declared:

This book will be very useful in a course in Latin literature in translation, and will serve as a fine introduction to the work of an important late Latin poet.

I like this book because it gives some insight into social life near the end of Antiquity.

The scope for interpreting and evaluating Slavitt’s Ausonius is far broader than these commentaries indicate.

Slavitt’s Ausonius includes an apparatus of citations to the verses that comprise his translation of Ausonius’s Cento nuptialis. Ausonius, of course, worked in the dactylic hexameters of Virgil’s verse. Ausonius added to Virgil’s quantitative meter particular rules for stitching together verses to form a cento. Ausonius himself explicitly indicated the importance of these cento rules: quae si omnia ita tibi videbuntur, ut praeceptum est, dices me composuisse centonem. With the apparatus of Slavitt’s Ausonius, analysis of quantitative meter can be extended to the hypotext of the cento.

While I cannot offer here a full analysis of the Cento nuptialis of Slavitt’s Ausonius, some measures of its Imminutio might contribute to achieving the heights of surveying all its hypotextual prosody. The issue of poetic periodization must first be addressed. The Imminutio of Slavitt’s Ausonius has the great poetic merit of containing exactly the same number of verses as Ausonius’s Imminutio: thirty-one. Since thirty-one is a prime number, partitioning the Imminutio’s verses into equal, whole-number components isn’t possible. Going beyond formal structure to recognize the meaning of the poem, a reasonable partition can be made. It consists of 9, 7, and 14 verses, seriatim.

What do you here alone? O God of battles!
steel their soldiers’ hearts. His purity
of manhood stands upright, whose dreadful sword
was never drawn in vain. “Naked as I am,
I will assault thee.” Look down. The purple pride,
and jewels, two stones, two rich and precious stones…
They are dangerous weapons for maids. She takes the staff
in her mouth and guides it, that his puissance holds.
The hand’s more instrumental than the mouth.

Slavitt’s Ausonius treats half-verses and full verses rather differently from the Latin. Enjambment of a single hypotextual Shakespearean verse occurs in the very first line and frequently recurs. The Latin Virgilian lines are never enjambed. In verse 5, Slavitt daringly innovates. He combines three hypotextual segments with a 2-1-2 beat structure to form the full verse of iambic pentameter.

For centos, an important meter is the pattern in the distance in syllables between the hypertext and the hypotext across verses of hypertext. For example, the first line of Slavitt’s Ausonius agrees perfectly with serial syllables taken from Shakespeare’s Othello 3.3.309 and Henry V 4.1.370. To create pleasing variety and to avoid a robotic invocation of readers’ memory of Shakespearean verse, Slavitt immediately modulated the perfect correspondence in his verse 2. Henry V 4.1.370 has “steel my soldiers’ hearts,” which Slavitt changed to “steel their soldiers’ hearts” (syllable distance = 1). The syllables after the caesura “His purity” are at one syllable distance from Timon of Athens 4.3.1677, “In purity.” So the total hypertext-hypotext syllabic distance for the verse is 2. The next verse moves back to a distance of 1. The subsequent triplet of lines all have a distance of zero, which persons familiar with Shakespeare would readily sense. Then, in a ingenious chiasmus of prosody, Slavitt reverses the previous movement to conclude the section with a 1-2 climb in syllable distance to a verse providing more abstract wisdom on entering into oral sex.

Of all thy sex, most monster like, one eye
thou hast to look to heaven for grace. The doors,
being shut against his entrance, with instruments
upon them fit to open, be the ram
to batter such an ivory wall. Are ye
undone? No, ye fat chuffs. On bacons, on!
The ruddiness upon her lip is wet.

The second section of the Immunitio continues the prosaic patterns that Slavitt established in the first. It repeats the quartet-singleton (Bush-thrust) pattern of enjambment that the first section displays. Perhaps contributing to the sense of delay in the poetic consummation, Slavitt introduces and ends the second section with a 0-1 / 1-0 pattern of hypertext-hypotext syllabic distance. The alert reader naturally wonders whether the poem is flattening. Yet Slavitt shows poetic daring in his lines 14 and 15. Ausonius in describing the rules of the cento declared: duos iunctim locare ineptum est, et tres una serie merae nugae. Slavitt’s Ausonius, lines 14 and 15, uses syllables from lines 826-828 of Henry IV, Part 1, 2.2! Slavitt seems to have deliberately interrogated the boundaries of the cento form.

Not an inch further? He sticks deeper, grows
with more pernicious root to shake the bags
and make the coming hour o’erflow with joy
and pleasure drown the brim, for one to thrust,
his hand between his teeth. And mark the moan
she makes. Most resolutely snatched, he is
far gone, far gone, to the profoundest pit,
where the dribbling dart of love doth melt and pour
froth and scum, hot and full, to shake
their frames, his hair uprear’d, his nostrils stretch’d
with struggling. Look on the sheets, his hair, you see
is sticking. But soft! See how busily she turns.
He doth revive again: madam, be patient.
Why these balls bound. There’s noise in it. ‘Tis hard
and will he not come again? Spit, fire! Spout, rain!

In terms of prosody, the third section of the Immunitio has both continuity and change, like most in-depth historiography. It begins with a protruding enjambment, then has a quartet of enjambed verses leading to “he is / far gone, far gone.” The syllabic distance reflects the initial struggle, with the unique structure of three successive verse with a hypertext-hypotext syllabic distance of 1. But when the couple becomes one, the syllabic distance stays closer to identity, varying only for a line or two from identity (zero) to retain poetic interest. The imminent consummation is signaled with a syllabic distance of 2 from the hypertextual verse “where the dribbling dart of love doth melt and pour” to the hypotextual “that the dribbling dart of love” (Measure for Measure 1.2.290) and “I melt and pour” (Antony and Cleopatra 2.5.1088). The Immunitio ends with a triplet of identity: three verses with hypertext-hypotext syllabic distance of zero. Virgil, Ausonius, Shakespeare, and Slavitt understand deeply the flesh-and-blood complications of human intimacy.

Much further study needs to be done so that Slavitt’s Ausonius is well-covered in publications in classics journals. Even this preliminary climb has revealed a vast, fertile domain for further prosaic studies. Just as for meninist literary criticism, those who have eyes to see can only be filled with wild wonder at the new world spread out before them.

Ausonius’s Cento nuptialis raises important social issues not discussed above. For those who would prefer to examine closely my analysis of prosody in Slavitt’s Ausonius, here’s a workbook containing details (LibreOffice Calc version). Ausonius, like Proba, probably had memorized Virgil’s Aeneid, Georgics, and Eclogues. For those today who don’t hold in memory all of Shakespeare’s verses, OpenSourceShakespeare provides helpful tools. For additional insight into the above analysis, see John Keats, “On First Looking into Chapman’s Homer” (1816).