the human eye lacks certain pigments found in primate eyes, so the outer fibrous covering, or “sclera,” of our eyeball is white. In contrast, most primates have uniformly brown or dark-hued sclera, making it more difficult to determine the direction they’re looking from their eyes alone. … Humans are also the only primates for whom the outline of the eye and the position of the iris are clearly visible. In addition, our eyes are more horizontally elongated and disproportionately large for our body size compared to most apes.

Making sense of presence is probably more valuable to humans than to other primates. Across species, a larger neocortex, both in absolute size and relative to total brain volume, is correlated with greater social complexity (pdf link). Relatively salient human eyes, like the relatively large human neocortex (particularly prefrontal cortex), support sense of presence. Direct gaze is a powerful way to produce sense of presence. I relay to you fourth-hand a plausible reported fact: “human infants look at the face and eyes of their caregiver twice as long on average compared with other apes.”

Given the importance of gaze to humans, a video viewer’s ability to discern the whites of the eyes of persons on a video might be a useful measure of video quality with real human relevance. My video of the JDRF Spin to Win has little interest other than the eyes, faces, and expression of the participants. Viewing the video on YouTube, the faces are distorted and whites of the eyes are barely discernable. But viewing the video on Blip.tv, you can see whites of the participants’ eyes much more clearly. The point is not simply that Blip.tv offers better quality video than YouTube. High-density, huge-screen television offers much better video quality than either. People want to see the whites of others’ eyes. That is a human-relevant measure of video quality.

While human brains and computers are often considered to be general purpose technologies, like any real technology, brains and computers have physical structures and operating designs that generate constraints and imply trade-offs across tasks. A computer program cannot easily read an image containing distorted text, but a human can. Thus requiring blog commenters to pass a CAPTCHA lessens automated blog comment spam.

Distributing computing between humans and computers is an important aspect of efficient problem-solving. Amazon’s Mechanical Turk provides a general marketplace for distributing computation to persons. Luis von Ahn is designing games for humans that produce both fun play and symbolic work that computers perform relatively badly. Some examples are the ESP Game, which generates image labels, and Peekaboom, which generates descriptions of objects within an image.

Sensory form is an aspect of distributing computing between humans and computers. Consider, for example, women-oriented social drama programming. Prior to the widespread availability of television, such radio programming was highly popular. This type of program shifted almost completely to television when television became widely available. With the exception of sensory modes, the radio and television programs were formally quite similar stimuli. Why did persons prefer the audio-visual mode (television) over the audio-only mode (radio)? A plausible explanation, it seems to me, is that the bodily cost of making sense of conventional drama via the audio-visual experience of television is less than that of making sense of the same drama presented solely through the audio channel of radio. Put differently, image computation was shifted from persons to television studios.

Getting humans and computers to work together better requires more thinking about what computers do well, and what humans want to do, and do well. 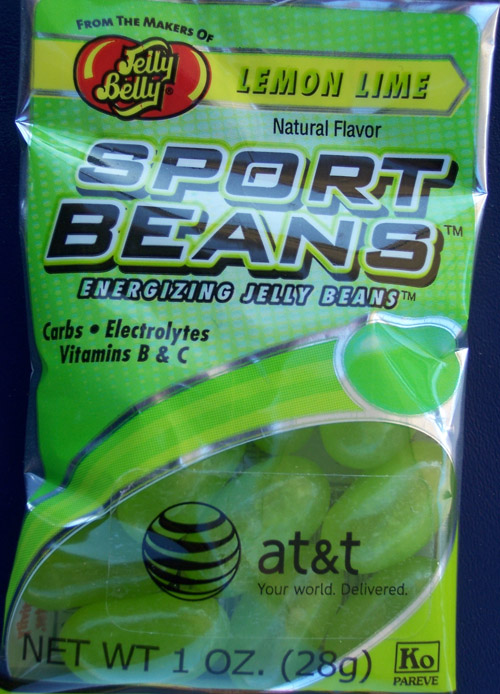 A product sure to make you smile. The more you eat, the better you feel. Now I know how my friend Jon achieved his championship form.

Ok! so you’re supposed to be this hotshot economist and analyst. So tell me this, a communication policy should serve to protect cultural values, provide information and safeguard public interests. After all these years, we are now being ruled by the influence weilded by six media giants, and the world of communication is at their mercy. Communication is important because it affects economy, awareness, social behaviour etc. It affects every sphere of life. But it is being used by governments for their own strategic purposes and it is being maipulated by business to advance the interest of the enterprise. The US Government wants to eavesdrop on its own public, Bell South wants to limit the internet’s openness… and media giants want to keep participation marginal

So why not have no policy at all. What happens then.

Thanks for your comment. I don’t think that having no policy at all is possible. If it is possible, I have no idea what happens then.

A lot of great things are happening in the communications industry. You might check out, for example, MySpace, youtube, and Second Life.

Perhaps the helpful, active, and interactive interacters who visit this blog could provide a better response. Offer your help as a comment for free.

A lot of interesting thinking and experiments are now going on concerning presence in communication. Mike Gotta’s post entitled “Presence: Complex, Pervasive And Evasive” highlights the business case for presence. Which industry structure do you think is better for private investment, competition among many firms, and innovation: an industry in which firms compete to supply a commodity service like per-minute voice communication, or an industry in which firms compete to provide a “complex, pervasive, and evasive” good? My economics training suggests the latter!

Person-state definitions, attention management, and impression management are aspects of presence that shouldn’t be over-emphasized and that are probably better hidden in the design of services than presented as tasks that users must manage. In person, too active impression management goes by the name of being a phony. That would be a horrible insult to be associated with a Telco 2.0 service.

Moreover, as Craig Roth insightfully notes, if Captain Picard doesn’t have effective interruption management technology, businesses today probably should be cautious about the prospects for developing it.

A service designed for persons to use to broadcast a text message answering one simple question, “What are you doing?” produced this message:

oooooh la la! Biz is looking like a well-dressed handsome man! ^_^ Ready sweep Livvy off of her feet…again! [Twitter]

That’s not literally state information, but it does make for a strong sense of presence. 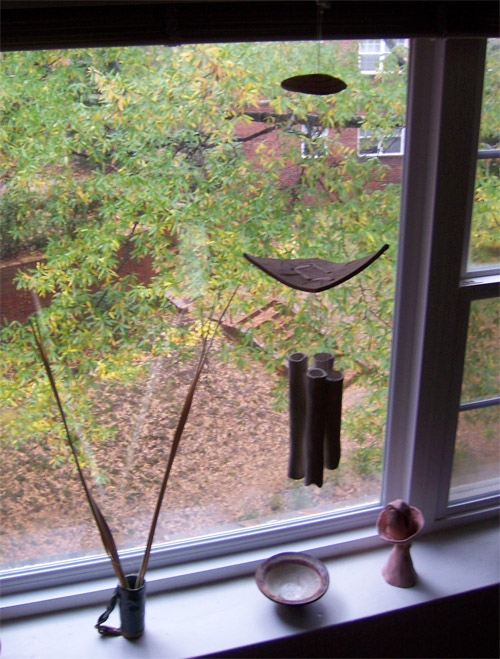 A more propitious direction for presence is better communicating persons acting in the world, expressing themselves where they are. Georgia O’Keeffe beautifully conveys this idea:

I have picked flowers where I found them.
Have picked up sea shells and rocks and pieces of
wood where there were seashells and rocks and pieces of
wood that I liked.
When I found the beautiful white bones
on the desert I picked them up and took them home too.
I have used these things to say what is to me the
wideness and wonder of the world as I live in it.