the ideas of economists and political philosophers, both when they are right and when they are wrong, are more powerful than is commonly understood. Indeed the world is ruled by little else. … I am sure that the power of vested interests is vastly exaggerated compared with the gradual encroachment of ideas. Not, indeed, immediately, but after a certain interval; … soon or late, it is ideas, not vested interests, which are dangerous for good or evil. … Practical men, who believe themselves to be quite exempt from any intellectual influences, are usually the slaves of some defunct economist.[1]

A poet in our times is a semi-barbarian in a civilized community. He lives in the days that are past. His ideas, thoughts, feelings, associations, are all with barbarous manners, obsolete customs, and exploded superstition. The march of his intellect is like that of a crab, backward. … But in whatever degree poetry is cultivated, it must necessarily be to the neglect of some branch of useful study: and it is a lamentable spectacle to see minds, capable of better things, running to seed in the specious indolence of these empty aimless mockeries of intellectual exertion. Poetry was the mental rattle that awakened the attention of intellect in the infancy of civil society: but for the maturity of mind to make a serious business of the playthings of its childhood, is as absurd as for a full-grown man to rub his gums with coral, and cry to be charmed to sleep by the jingle of silver bells.[2]

Whilst the mechanist abridges, and the political economist combines labor, let them beware that their speculations, for want of correspondence with those first principles which belong to the imagination, do not tend, as they have in modern England, to exasperate at once the extremes of luxury and want. … The rich have become richer, and the poor have become poorer; and the vessel of the State is driven between the Scylla and Charybdis of anarchy and despotism. Such are the effects which must ever flow from an unmitigated exercise of the calculating faculty. … Poets are the hierophants of an unapprehended inspiration; the mirrors of the gigantic shadows which futurity casts upon the present; the words which express what they understand not; the trumpets which sing to battle, and feel not what they inspire; the influence which is moved not, but moves. Poets are the unacknowledged legislators of the world.[3]

The bell rings, the curtain drops, the conference ends, so much say so. But what is truth? 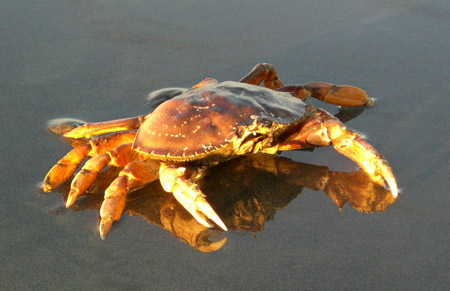 Google provides the means for useful study. The table below shows the number of search results returned for various search strings. The column “Top Match” gives the rank of the first result that directly references the relevant quote above. Some facts:

[1] Keynes, John Maynard (1936), The General Theory of Employment, Interest, and Money, Chapter 24, Sec. 5. I have re-arranged the order of the quoted sentences.

[2] Peacock, Thomas Love (1820), “The Four Ages of Poetry,” in Ollier’s Literary Miscellany. Peacock worked for about 37 years as a clerk in the East India Company.

[3] Shelley, Percy Bysshe (1821), “Defense of Poetry,” circulated in manuscript, but first published in 1840. Peacock and Shelley were close friends. Shelley’s “Defense of Poetry” was a response to Peacocks “The Four Ages of Poetry.”

2 thoughts on “economist, bureaucrat, and poet: fantasies of importance”