Photography was the first mass-market presence technology. A British observer noted in 1857:

Portraits, as is evident to any thinking mind, and as photography now proves, belong to that class of facts wanted by numbers who know and care nothing about their value as works of art.[1]

Photography provided sense of presence like that of a painted portrait, but much cheaper and with obvious product differentiation.

The work of leading amateur photographers does not provide a good indication of the business model that drove commercial photography. The Edinburgh Calotype Club, formed in the early 1840s, was the world’s first photography club. In two albums of its members’ works, calotypes with subjects other than portraits comprise roughly 70% of the photographs.[2] An exhibition at the U.S. National Gallery of Art, British Photographs from Paper Negatives, 1840 to 1860, includes many calotypes of nature and built structures. In contrast, commercial photography at this time almost surely consisted of not much more than portraits. 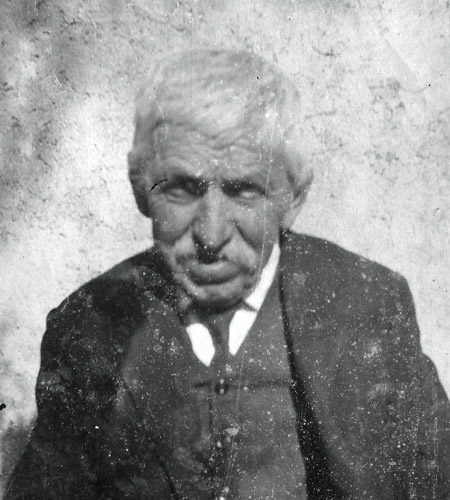 who can number the legion of petty dabblers, who display their trays of specimens along every great thoroughfare in London, executing for our lowest servants, for one shilling, that which no money could have commanded for the Rothschild bride of twenty years ago?[3]

At the high end of the market, drawing and painting complemented photography:

There is no photographic establishment of any note that does not employ artists at high salaries — we understand not less than 1 £ a day — in touching, and colouring, and finishing from nature those portraits for which the camera may be said to have laid the foundation. … The coloured portraits to which we have alluded are a most satisfactory coalition between the artist and the machine. Many an inferior miniature-painter who understood the mixing and applying of pleasing tints was wholly unskilled in the true drawing of the human head. With this deficiency supplied, their present productions, therefore, are far superior to anything they accomplished, single-handed, before. Photographs taken on ivory, or on substances invented in imitation of ivory, and coloured by hand from nature, such as are seen at the rooms of Messrs. Dickinson, Claudet, Mayall, Kilburn, &c., are all that can be needed to satisfy the mere portrait want, and in some instances may be called artistic productions of no common kind besides.[4]

But the main effect of photography was to greatly expand the market for non-artistic portraits. By 1857 in Britain:

[photographers] are wanted everywhere and found everywhere. The large provincial cities abound with the sun’s votaries, the smallest town is not without them; and if there be a village so poor and remote as not to maintain a regular establishment, a visit from a photographic travelling van gives it the advantages which the rest of the world are enjoying. Thus, where not half a generation ago the existence of such a vocation was not dreamt of, tens of thousands (especially if we reckon the purveyors of photographic materials) are now following a new business….[5]

Even with the rapid rise of novels in the last quarter of the eighteenth century, the occupation of author developed much more slowly than that of photographer. In the U.S. in 1860, the occupational Census reported 627 authors and reporters, 2994 editors, and 3154 daguerreotypists and photographers.

Those looking to create business models for new media might think about the rapid commercial success of photographers and the long history of impecunious authors.

[2] A search for the keyword “portait” returns 89 calotypes out of 332 total in both Edinburgh Calotype Club albums. Among both these totals are 70 duplicate prints. The number of calotypes returned for keywords “castle” and “church” are 33 and 35, respectively.