Symbolic innovation and special forms of communication apparently spurred the earliest, enduring gatherings of large groups of humans.  The city at Tell Brak (Nagar) in northern Mesopotamia grew starting about 7,000 years ago to a resident population of about 10,000 persons 5,600 years ago.  Tell Brak grew mainly through the communicative process of population agglomeration, not internal growth through fitness advantages of economic specialization and political power.  In China from about 5,000 to 4,000 years ago, the invention and monopolization of technologies for communicating with ancestors was the basis for early states.

Large human groups closely associated with hunting and gathering behavior also seem to have been symbolically united.  In Çatalhöyük in southern Anatolia from 9,400 to 7,700 years ago, 3,000 to 8,000 persons lived together in closely packed, similarly sized houses that they entered from above.  Households were little differentiated socially and economically, and the same was true for women and men.  Hunting wild game was an important source of food for residents. Along with these social and economic characteristics similar to those of hunter-gathers, the residents of Çatalhöyük had a rich culture — the dead were buried beneath particular locations in the floors of the residences, the walls were richly decorated with murals, and a variety of figurines have been found throughout the settlement. 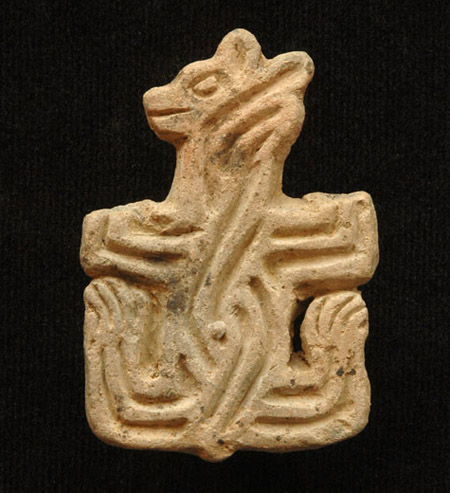 An even more remarkable hunter-gather symbolic life existed at Gobekli Tepe in southern Anatolia about 11,000 years ago.  Groups of perhaps 500 hunter-gatherers worked together for many years at Gobekli Tepe to construct a monumental complex.  It was not a fortified living space and not a center for craft work or commodity trading.  It seems to have been built before the development of agriculture, and hence it could not have been supported through the extraction of surplus from farmers.  Gobekli Tepe apparently was the site of a temple that somehow early humans were motivated to work together to create.

Music and dance probably were a central aspect of early human group formation.  Participating in music and dance provides neurological experience of group synchronization.  Singing and dancing for long periods to the point of physical exhaustion and psychological breakdown is common in the rituals of preliterate tribes.  That sort of experience can produce lasting neurological changes that foster group identity and within-group trust.[*]  What seems to have first brought humans together in large groups was not political power or economic advantage, but particular symbolic innovations and communicative practices.

Cross-species comparisons of non-human primates indicates that communication evolved with sociality.  Over a much shorter evolutionary time horizon, symbolic innovation and particular communication practices supported the rise of human civilization.  Expect the Internet to change everything.

Note:  Thanks to Catalhoyuk for sharing a large number of photos.  In accordance with the license for the above photo, this post includes a share-alike provision in its Creative Commons license.