Bureaucrats typically make whatever is done or said appear to result from tremendous effort and hours of discussion and deliberation.  This appearance of ponderousness, stiffness, toil, and seriousness is not an end in itself.  Merely subtracting from the attractiveness of life isn’t rational.  Bureaucrats, who highly honor rationality, actually cultivate bureaucratic impressions in order to serve better their organizations’ leaders.  The basic organizational problem was clearly recognized nearly a half-millennium ago:

they [organizational leaders] have the greatest lack of what they would most need in abundance — I mean, someone to tell them the truth and make them mindful of what is right: because their enemies are not moved by love to perform these offices, but are well pleased to have them live wickedly and never correct themselves; and, on the other hand, their enemies do not dare to speak ill of them in public for fear of being punished.  Then among their friends there are few who have free access to them, and those few are wary of reprehending them for their faults as freely as they would private persons, and, in order to win grace and favor, often think of nothing save how to suggest things that can delight and please their fancy, although these things be evil and dishonorable; thus, from friends these men become flatterers, and, to gain profit from their close association, always speak and act in order to please, and for the most part make their way by dint of lies that beget ignorance in [the organizational leader’s] mind….[1]

A bureaucrat use the apparent weight of his work and the size of his task forces and project teams to make palatable a better relationship with an organizational leader:

the aim of the perfect [bureaucrat]…is to win for herself, by means of the accomplishments ascribed to her…the favor and mind of the [organizational leader] whom she serves so that she may be able to tell her, and always will tell her, the truth about everything she needs to know, without fear or risk of displeasing her; and that when she sees the mind of her [organizational leader] inclined to a wrong action, she may dare to oppose her and in a gentle manner avail herself of the favor acquired by her good accomplishments, so as … she sees to it that her [organizational leader] is deceived by no one, listens to no flatterers or slanderers or liars, and distinguishes good from evil….[2]

So the next time you condemn superficial impressions of superfluous bureaucracy, pause and strive to recognize the virtues of natural bureaucratic graces. 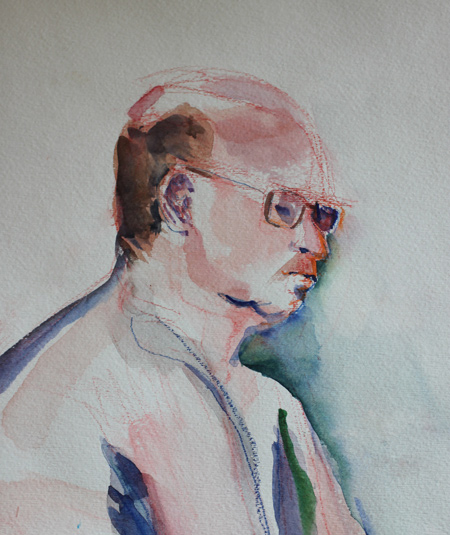 Other bureaucratic matters in the docket for this month:

Martin Westlake notes the beauty of a well-prepared meeting room.  You should, too.

The Traveling Chemist complains that a car rental employee followed regulations in requiring an insurance certificate for the rental car.  If more persons scrupulously observed regulations, the global financial markets would not have melted down.

Mark Carlton at An Honest Debate had a similar experience with a bureaucratic Treasurer in Kansas.  He concludes:

please understand my frustration and anger was not the Treasurer’s fault. She was just doing her job. Unfortunately for me, she insisted on do it right.

You can count on bureaucrats to do the job right.

We get there and go from one counter to another and finally arrive at a point where a gentleman in front of a computer looked up the number and told us to go to the next desk. They said ok you have to wait for ten minutes so that the file can be brought up. The computer seems to be redundant! We wait for awhile, the file arrives. Then the guy looks at me and says we have to have a paper to prove you are alive!!! What????? I said here is my id and here I am, what more do you want?

Documentation. There must be a transfer of documents.

The government tends to treat projects like the Apollo 11 rocket launch: “Failure is not an option.” It should be. We fail all the time, and we need to learn from it.

Bex at Listening to Africa, on a two-year bike ride through Africa, describes getting a visa at the Mauritanian border:

The passport came back with a three day stamp in it. “You must extend the visa in Nouakchott [Mauritania’s capital, in the south of the country] in the next three days.” But we need five days to cycle to Nouakchott – is there another possibility? “It is too hot to cycle in Mauritania. You must get the bus. It is better.”

This last sentence he said in the special tone taught at Bureaucrat Schools around the globe, where any words at all can be spoken and the meaning is always, unequivocally: “You will never win against the might of the bureaucratic machine, which, by the way, your country did so much to export to the world. If you insist on trying, your spirit will be crushed, your will will be broken and you will die a wretched death. And I will still be here, holding the stamp and the official looking bits of paper. Now go away.” So we went away.

Sadly, many bureaucrats never get the opportunity to attend Bureaucrat School.  More financial support for education would help to raise bureaucrats’ status.  But at least bureaucrats can find inspiration every month right here at the Carnival of Bureaucrats.

That’s all for this month’s Carnival of Bureaucrats. Nominations of posts to be considered for inclusion in next month’s carnival should be submitted using Form 376: Application for Bureaucratic Recognition.

[1] Castiglione, Baldassare (1528) The Book of the Courtier [Il Cortegiano] trans. Charles S. Singleton (Garden City, NY: Doubleday, 1959) Bk 4.6 (pp. 290-1).  In 1524, Castiglione began serving as a high bureaucratic official for the Vatican (Apostolic Nuncio to Spain).  The Book of the Courtier was an early modern best-seller.  From the original Italian, it was rapidly translated into Spanish, German, French, and English.  Between 1528 and 1616, 108 editions were published and its early-modern readership has been estimated as 300,000.  See Burke, Peter (1996) The Fortunes of the Courtier: the European reception of Castiglione’s Cortegiano. Penn State series in the history of the book (University Park: Pennsylvania State University Press) p. 153.