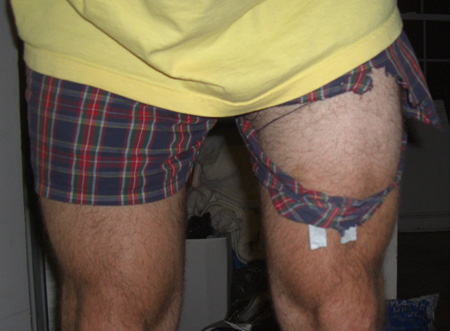 In a post that generated considerable controversy, I claimed that bike inner tubes are better than duct tape. Here’s more evidence. As an efficiency enhancing alternative to doing laundry, I attempted to repair my torn underwear with duct tape. It didn’t hold.

I’m not claiming that a bike inner tube can repair torn underwear. I saying that it wouldn’t fail like duct tape.