Federal government agencies continued to do their own printing even after the Printing Act of 1895.  A study of federal printing in 1955 found that GPO accounted for only 19% of federal expenditure on printing.  Executive-branch departments, which accounted for 77% of federal printing expenditure, ran 327 departmental printing and duplicating plants.  Military services operated 60% of those printing and duplicating plants.[2]  Non-GPO printing was not cataloged as government publications, was not distributed to depository libraries, and did not get free carriage through the U.S. Postal Service.  Non-GPO printing was probably largely informal and ephemeral printed matter.  Such printed matter is important in the day-to-day functioning of organizations. Centralized printing and management of informal and ephemeral printed matter would be rather impractical.[3]

Without making any reflection whatever, it is evident that * * * bureaus of the Government have paid excessive prices for printing. * * * all printing and binding * * * should be handled by the Public Printer, who is in reality the official printer for the Government and who should be responsible for all of that work.

Except for congressional work, secure documents such as passports, and publications like the Federal Register and the President’s budget, GPO produces virtually all work on contracts in partnership with the private sector printing industry. Our procurement staff handles about 75% of all work sent to GPO for production, amounting to over $450 million annually.

The system is one of the Government’s longest running and most successful partnerships with the private sector. More than 16,600 firms nationwide are registered to do business with GPO; the majority are small businesses averaging 20 workers per firm.

Contracts are awarded on a purely competitive basis. This partnership creates jobs across the nation and saves a significant amount of taxpayer money.

Over the course of the twentieth century, GPO transformed itself from the world’s largest printshop to a very large procurement agency for commercial printing.

GPO historians have described patronage, corruption, and inefficiency in competitive, commercial printing as the motivation for the formation of GPO. Those were historically specific problems at the federal level, not general features of competitive, commercial printing.  Inflammatory print material played a major role in causing the U.S. Civil War.  Printing hand-written manuscripts required considerable printer engagement with the content, and significant typographic errors were a possibility.[8]  Perhaps greater control over the printing of government documents in the tense circumstances of the incipient Civil War was also a historically specific motivation for establishing GPO in 1861.

The establishment of the GPO was much different than the U.S. nationalization of telephone and telegraph networks in 1918.  GPO was a new, government-controlled organization established to serve specific government needs.  GPO’s history reflects that pragmatic, results-oriented founding. 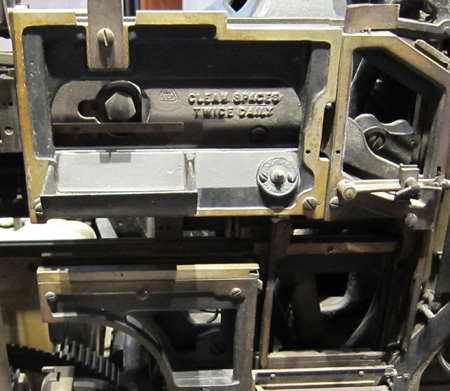 “Government publication” as used in this chapter, means informational matter which is published as an individual document at Government expense, or as required by law.

It not infrequently happens that the document has been kicked from pillar to post at the committee-rooms of the Capitol for days, or pulled to pieces by a dozen different correspondents in their eager hunt for news; and, nine times out of ten, when it reaches the Public Printer, it is in the reverse order of its original production, or so badly “mixed up” by the displacement of pages, that it would be a mass of nonsense if printed as received at the office. But here it falls into the hands of careful and conscientious workmen, to whom the authors of Government literature owe a debt of gratitude of great magnitude, who exert a “rectifying” influence over this rumpled monstrosity that smooths its future career, and places the author in the first ranks of modern writers. When the order of its being has thus been determined by these experts, it is carefully read over, page after page, by the same individuals, who seek to harmonize the many inconsistencies found, and by a series of hieroglyphic pencil-marks, only intelligible to printers, indicate the particular type in which each headline or portion of the text is to appear. Each page of the manuscript is then numbered, from the first to the last, to prevent any confusion in its subsequent career.

Kerr, Robert Washington. 1970. History of the Government Printing Office (at Washington, D.C.); with a brief record of the public printing for a century, 1789-1881. New York: B. Franklin.