Providing network infrastructure need not be limited to a choice between the model of public roads and the model of selling soap. The provision of public roads depends on market transactions for a variety of goods (construction worker services, trucks, asphalt, etc). Selling soap depends on a variety of public services (money supply provision, law enforcement, public right-of-ways, etc.). Whether in India, Ireland, or Silicon Valley, initiatives to provide network infrastructure are making interconnections between different organizational forms more complex. Revenue models are expanding from taxes, subscription, and advertising to include a variety of public and private sponsorships, in-kind contributions, and special benefits for anchor users.

Impurity is a traditional human concern. In some circumstances, another name for public-private partnership is bribery and corruption. Failed and wasteful network infrastructure projects that involve governmental entities undoubtedly exist. For-profit network providers, who cannot fail without serious public effects, have made dire business mistakes and squandered huge amounts of money. Government entities’ judgments about the services that users value are not likely to be better than those that for-profit network providers have made.

The history of libraries in the U.S. suggests that organizational diversity can have enduring value in information infrastructure. In the American colonies and the United States prior to 1876, most organizations that founded libraries were neither government bodies nor commercial organizations. A wide variety of organizations established libraries (see Table 1). The most commonly created form of library was a social library:

a library owned by an association formed to establish and operate a library intended for its members’ use. Usually, the members subscribed for stock in order to purchase the initial collection, which was general in subject matter. Then they were assessed a smaller sum (a “tax”) each year to keep up the collection.[1]

Public libraries, meaning libraries that government bodies owned and made open to all or most citizens without a specific-purpose charge, began to grow only from the mid nineteenth-century. As late as 1900, about as many social libraries existed in the U.S. as did public libraries (see Table 2).

Different organizational forms, however, interacted significantly. Social libraries and public libraries coexisted as important forms of library organization for more than half a century. Through at least 1875 and possibly into the beginning of the twentieth century, social libraries were widely regarded as a valuable form of library organization.[3] Some public libraries evolved from the buildings and collections that social libraries established. In the 1930s, more than a sixth of all “public” libraries in cities with population 30,000 or greater were libraries for which “the library society and the town government shared control in a manner that makes it difficult to know how power was divided between the two bodies.”[4] 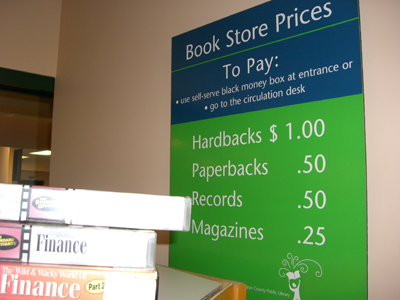 [1] From “Definition of Types,” American Libraries Before 1876, Davies Project.