At least some municipal fire and police networks continued in operation with rather crude technology up through the 1970s. Showing early signs of his engineering genius, my brother investigated how a fire alarm works by pulling a lever on a fire-alarm box in New York City in the early 1970s.  That caused fire trucks to come without any additional information being communicated.  Fire and police call boxes in Washington, DC remained in operation until 1976. Rather than evolving into electronic kiosks or nodes on wireless networks, they became historic artifacts now decorated with community call box art.

New municipal communications networks can have a more dynamic future than historic fire-alarm and police-patrol municipal networks.  Fire-alarm and policy-patrol networks were highly specialized and closely tied to specific city departments.  These networks never offered opportunities for the development of commercial businesses.[3]  These networks never structured themselves to be sold off to a commercial network provider.  New municipal communications networks need not follow those patterns. 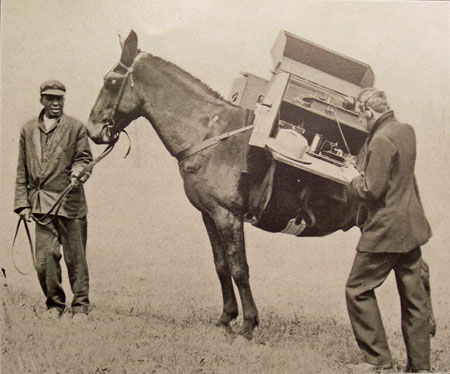 In connection with the use of the telephone for fire alarms it may be noted that it has been the practice of the Wisconsin Telephone Company, of Milwaukee, to suggest in its telephone directory that patrons send in fire alarms by telephone.  The chief of police has lately requested the manager of the company to omit this suggestion from the book hereafter, for the reason that it frequently takes too long a time to notify the fire headquarters by telephone.  This delay, he states, gives the fire a change to gain headway before the department is able to respond to the call.

See Telephones and Telegraphs, 1902, p. 126.  Book lending is an example of a service in which as diverse organizations forms, including public libraries and purely commercial libraries, have co-existed over a long run.