Along with sensational crime, concern about children has been a major theme in popular print.  The U.S. Government Printing Office (GPO) recently stated:

Perhaps the all-time bestseller was the pamphlet Infant Care, first published in 1914 by the newly established Children’s Bureau. A GPO press release in November 1942 announced the 25,000,000th copy of Infant Care, and captured the significance of this type of Government document, “…in 1914 few mothers had access to authoritative information in low-cost form on the care of their babies.” Infant Care remained an active best-seller through many more editions, the last in 1984. It was translated into eight languages and published in Braille. [1] 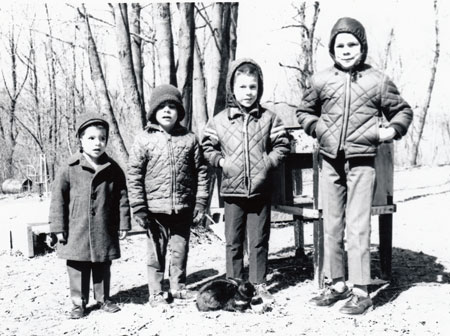 The majority of mothers can nurse their babies, at least in part, if they have suitable care and advice. What is chiefly required is that this conviction should enter the mind of the mother and abide there; for the fear that she will not be able to perform this function, or that the milk will not or does not agree with her child, has more to do with the supposed inability to nurse than any other one factor. The gland which secretes milk is a wonderful and delicate mechanism. So intimate is the connection of the mammary nerves with the mind that the mental states of the mother are readily reflected in their function. Fear, anger, or worry may serve to check the secretion of the milk, or to change its quality so much that, for the time being, it is unfit for use, while, on the other hand, a calm mind, joy, laughter, and delight in life, coupled with the desire and intention to nurse the baby, will make it possible to do so. Failing this spirit, all other measures may prove futile. [2]

This represents the problem it addresses.  Why would many mothers come to believe that they cannot nurse their babies?  Perhaps because they grew up in an intellectual culture where stating “the majority of mothers can nurse their babies” is unremarkable, but qualified with “at least in part, if they have suitable care and advice.”

Commercial institutions of public communication eventually engaged with the advice in Infant Care.  GPO first printed that publication in 1914. Responding to the demand for baby books evident in the demand for Infant Care, a publisher convinced Dr. Benjamin Spock to author The Common Sense Book of Baby and Child Care, first published in 1946.  Dr. Spock, writing with the authority of a certified pediatrician, advised parents to trust their instincts and common sense. The book began: “Trust yourself. You know more than you think you do.”  Parents could trust the authority of Dr. Spock for that view.  Dr. Spock’s baby book became one of the best-selling books of all time.  An astonishing 50 million copies were sold.  Sadly, rather than prompting laughter, Dr. Spock’s advice became a matter of bitter public controversy.

One thought on “think of the children in book history”