A pharmacist demonstrated to the ninth-century Abbasid caliph al-Ma’mun that the pharmaceutical profession was poorly regulated.  The pharmacist told al-Ma’mum:

it is a fact that a pharmacist will always have everything he is asked for, whether he really has it or not. He would hand over something he has in his shop and say that this is what is needed.

The pharmacist proposed an experiment to demonstrate his factual claim:

{The pharmacist said to al-Ma’mun} ‘if the Emir of the Faithful wishes, let him choose an unknown name and send a group of people to the different pharmacists to try and buy it.  We shall then see what happens.’  Al-Ma’mun said:  ‘I have already chosen a name — it is Saqatitha, which is the name of an estate not far from Baghdad.’  Al-Ma’mun sent several envoys to ask the pharmacists for Saqatitha.  The pharmacists all said they had it, took the price from the envoys and gave them some object from their shop. They returned to al-Ma’mun with various objects — seeds, a piece of stone, hair, etc.

In addition to poor professional ethics among these pharmacists, an underlying regulatory problem is that drug buyers cannot effectively verify the properties of the drugs that they buy.

The first thing in medicine is to know the measure of the illness, and to cure it with the appropriate treatment; Yuhanna, however, is the most ignorant of all God’s creatures as to the right measure of both illness and treatment.  When he tends a person afflicted with fever, he gives him cooling medicines and food that induces cold and everything that might do away with his temperature, thus subjecting the patient’s stomach and body to a cold that needs treatment in its turn, by medicines and foods which induce heat.  He treats this new condition in the way he did the first, with exaggeration, in order to do away with the cold, so that the sufferer falls ill from excessive heat.  This way his master is always sick, either from heat or from cold. [2]

Some unethical doctors then and now treat patients to make them dependent on the doctor.  At the same time, doctors often feel pressured by those under their care to “do something,” e.g. prescribe medicine, in response to their patients’ complaints. An eleventh-century physician in Cairo advised:

When summoned to a patient, first given him a medicine that is innocuous until you have diagnosed his illness, only then may you treat it. [3]

That advice implicitly recognizes patients’ demand for medicine, a demand that can be satisfied with medicine that has no effect. 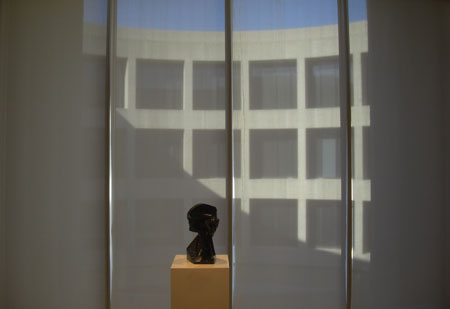 Because the human mind and body are physically one, medicine cannot treat just the patient’s body.  A physician working in twelfth-century Baghdad had a patient who believed that a jar was perpetually resting on his head. The patient’s behavior was consistent with that belief:

Whenever he walked he used to avoid places with low ceilings, move gently and not let anyone get close to him, lest the jar incline or fall off his head.

The servant came and said, “By Allah, I have no other way but to break this jar in order to relieve you of it.”  The servant swung the plank and struck at the air about an arm’s length above the patient’s head.  At that moment the other servant cast down the jar from the roof. It made a tremendous crash and broke into fragments.  When the sick man realized what had been done to him and saw the broken jar, he cried out in grief, being sure that this was his jar.  This hallucination had such an effect on him that he recovered from his illness. [4]

The patient’s mental illness was real, and so was the cure.

Medical treatments historically have often been worse than the illness.  A ninth-century physician, a favorite of Abbasid caliph al-Mu’tasim, taught the wisdom, “An ignorant physician instigates death.”[5]  An eleventh century Cairo-based physician mocked a fellow physician with this poem:

Abu ‘l-Khair in the treatment of patients,
Has a hand that never fails.
Everyone seeking his assistance
Is buried after two days. [6]

Physicians who considered themselves experts struggled to have their expertise recognized.  A physician working in twelfth-century Cairo wrote “an epistle on why it is difficult to find a competent physician and why ignoramuses are numerous”[7]  Al-Razi (Rhazes), who practiced as a physician in early tenth-century Baghdad and Rey (near Tehran), wrote a series of works indicating professional frustration and defensiveness:

Al-Razi, who harshly criticized Islam, prophets, and revealed religion, engaged in extensive study of alchemy.  He thus contributed significantly to the scientific development of chemistry.  In retrospect, al-Razi’s expertise as a physician probably had little objective merit.

drugs should not be used when it is sufficient to have recourse to an alimentary regime or the like.  If it was absolutely necessary to employ drugs, he did not use compound ones {e.g. theriac} before trying the simple ones {e.g. an herb}.  If he was forced to use the compound drugs, he restricted himself to as small dosages as possible.[9]

A physician in seventh-century Alexandria similarly advised, “Put the drug aside as long as your body can bear the illness.”[10]  Human beings are wonderfully complex.  Medical knowledge, the pharmaceutical industry, and the medical profession remain imperfect.  Those realities should weigh in rational choice of medical treatment today.

[1] HP p. 301.  The previous quote above is from id.  In the translation, I have substituted the term pharmacist for the British-English term chemist.

When Salmawayhi fell ill, al-Mu’tasin visited him and said, weeping: “Would you advise me what will be good for me after you have gone?”  Salmawayhi replied: “You are very dear to me, my master, but you must turn to that bore Yuhanna ibn Masawayhi.  When you complain of anything to him, and he prescribes different things for it, take the least complicated.”

A physician must always be encouraging to his patient abut his health and hope for it, even when he entertains doubts, for the state of the body follows that of the spirits.

[8] HP pp. 547, 552.  Al-Razi’s frustration and concern about competitors also extended to his fellow physicians.  Among the sayings for which Al-Razi was known are these:

[10] HP p. 222 (advice of Ibn Abjar).  Similar wisdom occurs in a saying attributed to the seventh-century physician Nafi ibn al-Harith: “Avoid the use of remedies as long as possible; take them only when it is absolutely necessary, for whatever their benefit, the harm they do is as great.”  HP p. 214.