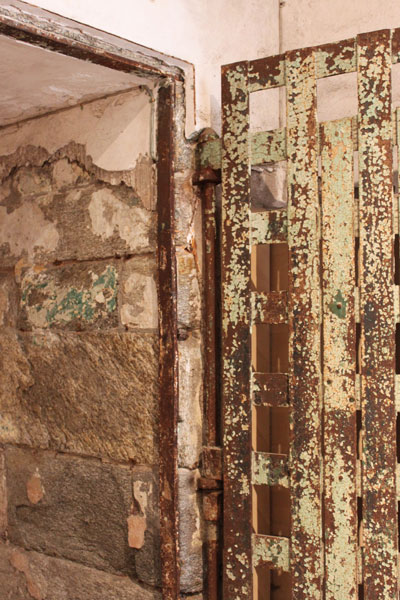 A Greek text from Egypt, apparently copied about 350 GC, describes a spell for opening doors:

Taking the navel of a male crocodile and the egg of a scarab and a heart of a baboon, put these into a blue-green faience vessel.  And when you wish to open a door, bring the navel to the door, saying, “By THAIM THOLACH THECHEMBAOR THEAGON PENTATHESCHI BOTI, {I call on you} who have power in the deep, for myself, that there may now be a way open for me, for I say to you, SAUAMBOCH MERA CHEOZAPH OSSALA BYMBEL POUO TOUTHO OIREREI ARNOCH.” [1]

Unlike the much later concocted open sesame, this spell was probably used by a man to open the door of a particular woman for whom he had developed an acute amorous interest.

An independent, individual ritual-services entrepreneur (magician) apparently peddled the spell to potential customers.  The spell draws upon ancient Egyptian temple culture.  However, the copyist inserted glosses that greatly simplify the material.  For “the navel of a male crocodile” the copyist added “he means pondweed.”  For “a heart of a baboon,” the copyist added “he means myrrh, perfume of lilies.”[2]  The learned often revel in arcane terminology.  Practical businesspersons just want to know what will get the job done.

Mystification has practical uses.  The modern editor of the door-opening spell described “the navel of a male crocodile” as:

an example of the secret magical vocabulary by which everyday things were given pretentious names, partly to make magical rituals impracticable for chance readers, partly to impress the ignorant. [3]

Ibn Rahmun would compose medical and philosophical tracts in the language of the common people {Egyptian vernacular} which were absurd, meaningless and of no use at all.  He sent them to persons who would thereupon request him to elucidate them.  He would then explain them as he saw fit, on the spur of the moment, without due consideration.  These tracts are quite ludicrous. [4]

This description smells of professional jealousy.  Although they may have been ludicrous, the tracts evidently were quite successful in the popular market.[5]  Both secret, magical vocabulary and absurd, meaningless texts remain in widespread use  even in our age of secular reason.  That’s simply a reality of communication economics.

[3] Id. p. 195, n. 144.  Another magical text copied at the same time as the door-opening spell described itself as the eighth book of Moses.  That’s three books beyond the Pentateuch.  This eighth book addressed the reader:

Now I shall add for you, child, also the practical uses of this sacred book, the things which all the experts accomplished with this sacred and blessed book.  As I made you swear, child, in the temple of Jerusalem, when you have been filled with the divine wisdom, dispose of the book so that it will not be found.

[5] Ibn Rahmun achieved enough prominence to be harshly criticized: “At first, he harmed people by his talk alone / But now he has began to injure by both words and deeds.”  Id.