The Instruction of Amenemope (Egyptian), the Book of Proverbs (Hebrew), and Hippocrates’ Aphorisms (Greek) have survived from more than 2400 years ago to the present.  While these collections of maxims, proverbs, and aphorisms have specific attributions, wise sayings historically have been highly mobile across cultures and authorities. 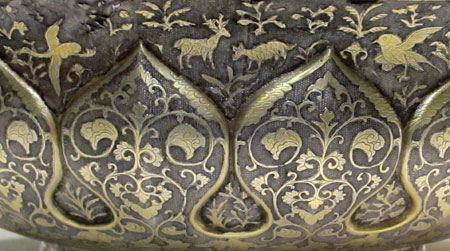 In ninth-century Baghdad, Hunayn ibn Ishaq wrote a collection of aphorisms of philosophers and scholars.  Among those aphorisms were a set of sayings inscribed on philosophers’ rings:

These sayings don’t highlight a prominent feature of the corresponding philosopher’s life or thought.  Moreover, the sayings cannot be found in the corresponding philosopher’s writings.  Such attributions apparently were a Persian literary device for conveying wisdom.[2]  The ancient Greek authorities invoked suggest that the leading ancient Greek authorities in Sassanid Persia were the same as those in Western thought today.  Nonetheless, attribution of a saying to a particular ancient sage has often been whimsical in wisdom literature.

In another section of Hunayn’s text, Aristotle speaks a stream of wisdom to a king within a Persian courtly fable.  The king had placed his son under Plato’s tutelage, but the son had a poor mind.  Aristotle, in contrast, quickly memorized Plato’s philosophy and literary discourse.  Presented to the king’s court to display his learning, the king’s son failed to produce any learning and collapsed into Plato’s arms.  Aristotle, stepping forward in ragged clothes, delivered a lengthy discourse covering all of Plato’s philosophy and science. The fable ends with Aristotle speaking a stream of wisdom to the king and court:

I am Aristotle the son of Philip, the orphan serving Nitaforos, the son of the great king. I have learnt to praise and worship God the Just, the First Cause. O my hearers, men are distinguished by their minds, not by their origin. I learnt from Plato the Sage that philosophy is the fountainhead of the sciences and the arts, the source of all understanding and the mind’s attainments. Penetrative thought leads to sound opinion, patience paves the way to one’s goal, and pleasant speech perpetuates friendship in the heart. Humility is the means to success, good manners beautify our lives and perfect our joys. Science is dignity, and logic enhances our importance and honor. Honesty is the key to our relations with others, and modesty augments love. Forgiveness purifies our actions, and virtue leads to masterly performance. Justice conquers our enemies and wisdom wins us many supporters. Pity tends the heart and mercy is the essence of goodness. Benevolence is true dignity and giving is the hallmark of brotherhood. Charity is virtue and kindliness is worthy of imitation. … [3]

Much of this wisdom can be traced to a Persian text translated into Arabic early in the ninth century.[4]  A closely related section of text has been traced to the Zoroastrian Mobed Mihr Adharjushnasp, probably writing in the Sassanid Empire under Khosrau I (Anushirwan) in 531-579.[5]  Ancient Greek characters transmitted both Greek wisdom and Persian wisdom.

Wisdom isn’t bound to specific authorities or contained within political boundaries. The Egyptian Instruction of Amenemope shares a section with the Hebrew Book of Proverbs.  Hippocrates’ Aphorisms was probably studied at the Academy of Gondishapur in Persia in the sixth and seventh centuries.  Hunayn ibn Ishaq’s anecdotes and aphorism of ancient sages almost surely included Persian material — the philosophers’ ring inscriptions and the story of Aristotle and the king’s son as good and bad students of Plato — as well material from the Greek tradition of Alexander romance (pseudo-Callisthenes).  Al-Ansari’s work, Adab al-falasifa, was probably a compilation that included some of Hunayn ibn Ishaq’s work, some of Hunayn’s son’s work, and some of al-Rayhani’s work.[6]  It was translated into Hebrew and Spanish in the thirteenth century, and subsequently into Latin and Ethiopian.[7]  Wisdom of ancient Greek philosophers in medieval Europe came through cultures from North Africa to Persia.

Communication networks much less technologically advanced than the Internet have in the long run circulated wisdom widely.  That shared wisdom has been continually embedded in new contexts and put to particular local uses.

[2] Swain (2006) p. 410 states the ibn al-Washsha’s tenth-century Kitab Al-Muwashsha (“Book of Brocade”) included such ring inscriptions. in a description of courtly etiquette.  Hunayn’s ninth-century record of such inscriptions probably comes from a Persian source, according to Zakeri (2004) p. 180.  Adrados (2009) p. 274 describes these sayings as involving “arbitrary attributions to various philosophers.”  That’s a generally recognized pattern in wisdom literature.  The prologue to al-Ansari’s Adab al-falasifa includes Hunayn stating that he is translating the text from Greek (see Adrados (2009) p. 15).  However, that’s apparently not true for all of Hunayn’s text.  The ring inscriptions include at least one Christian figure (Gregory) and one Arab-Islamic figure (Lokman).

[3] HP pp. 120-4.  The stream of aphorisms placed in Aristotle’s mouth continues much longer.

[5] Adab al-falasifa (“Aphorisms of the Philosophers”), written by al-Ansari in the eleventh century and attributed to Hunayn ibn Ishaq, apparently contains much of Hunyan’s work. So too does al-Mubashshir ibn Fātik’s eleventh-century book, Mukhtar al-hikam (“Choice Maxims and Best Sayings”).  Both contain a section of sayings associated with an unknown figure Mihraris or Mahadharijis.  Zakeri (1994) identified that section with work of the Persian Mobed Mihr Adharjushnasp.

Swain, Simon. 2006. “Beyond the Limits of Greek Biography: Galen from Alexandria to the Arabs,” in Brian McGing and Judith Mossman (eds.), The limits of ancient biography. Swansea: Classical Press of Wales.