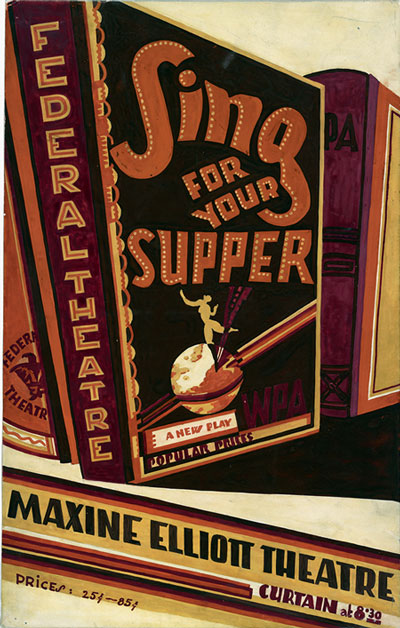 In mid-nineteenth-century New York, leading public figures regarded theater as a source of crime.  John Stanton Gould, a well-educated, highly regarded lecturer on scientific subjects, was one such public figure.  Gould studied for more than seven years the sources of crime and wrote a lengthy essay on that subject.  In its tenth annual report (1855), the New York Prison Association published Gould’s “elaborate and valuable essay.” Gould identified twelve “leading and most widely operative causes of crime”:

Gould’s list includes poverty, unemployment, and lack of education, which are commonly cited causes of crime today.  Too little public spending on policing (“inefficient preventive police”) is a concern forcefully argued in a highly regarded recent work on the failings of the U.S. criminal justice system.

Without pretending to decide whether theatrical exhibitions may not be so arranged and directed that they will not injure society or even subserve the purposes of schools of moral training; nothing is more certain than that as at present conducted they are fearful nurseries of crime. They operate both directly and indirectly to produce this result; they are themselves active causes of crime and they are the avenues which lead to other sources of crime.

Directly they fill the minds of youth with impure morality, making vice attractive and virtue ludicrous.  Actors and actresses are generally notorious for the looseness of their lives, their society being eagerly sought by the frequenters of the theatres, the latter are gradually but certainly corrupted.

They tend to disgust the minds of youth with the sober pursuits of honest industry. The tinsel glitter, the radiant lights, the mimic kings and queens, the nobles and heroes of the stage, dance like phantasmagoria before the mental vision of the votary of the theatre. He is haunted at every turn with the memory of the luxurious revels, the obscene allusions and the many jests of the previous evening, and these quite disqualify him for that earnest attention and willing activity which are essential for success at the merchant’s desk or the mechanic’s bench. As the mania for the theatre grows upon its victim, as it is almost sure to do, he grows more and more neglectful of his duties, and more and more despises the homely details of every day life, at length he loses his situation or fails in business, and is cast adrift on the community. Unable to abandon the source of his pleasurable excitement to the drunkard or the opium eater, he still frequents the theatre, and of course incurs all the expenses incident to the indulgence. His income being stopped these soon exhaust his exchequer and he resorts to forgery, or passing counterfeit money or some other unlawful means of replenishing it, until the State relieves him of the necessity, by providing him quarters in a prison. That such is the routine run through by great numbers of the frequenters of theatres is asserted too frequently at the doors of our prison cells to leave its truth any longer a doubtful matter. That theatres are frequented by prostitutes, that they are supplied with bars, that they are recognised houses of assignation, and possess all the worst attributes of the grog shop, requires no demonstration here, their apologists are obliged to confess that they are vestibules of the brothel and the grog shop, nor is it more doubtful that these habitual frequenters gravitate towards these places as naturally as the stone to the bottom of the well. [2]

Of the whole number of prisoners interrogated by the committee, nearly one-half owned themselves to be theatre-goers.  This statement sufficiently indicates the connexion between habitual attendance upon this fascinating but demoralizing amusement and the perpetration of crime.  But we have other proof of the same thing.  In most of the counties there are no permanent theatres; but in almost all, strolling players, traveling shows, circuses, negro minstrels, and the like, are more or less common.  The testimony of officers connected with the arrest, trial, and punishment of criminals is quite uniform to the effect that these exhibitions rarely pass through a county without making their influence felt in stimulating crime and adding to the tenantry of the jail.  Petty thefts, especially, mark their track through the State, and a very considerable increase of commitments follows.  Boys and servants are very anxious to go to them, and that they may be able to gratify their desire, they steal old iron and brass, clothes-lines, mats, &c, articles which are most exposed and least likely to lead to their detection.  One man is now in Clinton prison for life, who murdered his wife because she refused to give him a quarter of a dollar to attend a circus, which was exhibiting in the town of Kinderhook. [3]

Other than some superficial attention to gender and equity in the allocation of family resources,  none of the above concerns attract any attention today.  Theater currently attracts much less entertainment time and spending than do television and video games.  Change in the composition of entertainment, however, doesn’t seem to explain vanishing concern about theater.  In 1935, years before television and video games were widely available, the U.S. government established the Federal Theatre Project.  This government-funded project helped to bring theater to communities across America.  Such a project probably would have been inconceivable in mid-nineteenth-century New York.

[1]  New York Prison Association, Tenth Annual Report, Appendix A, p. 63.  At the start of this essay, Gould noted that he has been studying the sources of crime since 1847.  The annual report refers to Gould’s essay on p. 43.