The U.S. House of Representatives recently passed an appropriations bill that cuts major U.S. Census Bureau data programs.  Public data is crucial public infrastructure for informed democracy and a vibrant economy in the twenty-first century.  Even assuming that budget cuts are good policy in the current macroeconomic circumstances, cutting public investment in data is a bad budgetary choice.

Over the past 187 years, the information in the economic censuses has increased in direct proportion to the growing complexity of the nation’s economy. At one time, this meant continually escalating demands on respondents; more recently, several efforts have eased their burden: reporting by mail, redesigned questionnaires, and increased use of administrative records. Nevertheless, data users in the administration, in Congress, and in the private sector often have pressed for even more statistics and detail. The advent of electronic data processing made filling users’ requests potentially easier, but budgetary constraints just as often forced compromise—cutbacks in detail here, entire programs canceled there. Yet, the published reports from the economic censuses continue to provide an unequaled panorama of the country’s economy from early 19th century to the present. The structure and practices of the nation’s business and industry continue to evolve; the censuses will evolve with them, just as they have since 1810. [*]

The Economic Census provides a important long-run perspective on key changes in the economy, such as the changes in the revenue structure of newspapers and periodicals.  Big data is emerging as a key driver of new businesses and services.  Our economic situation is getting more complex. We need increased support for public data, not the complete elimination of fundamental data programs. 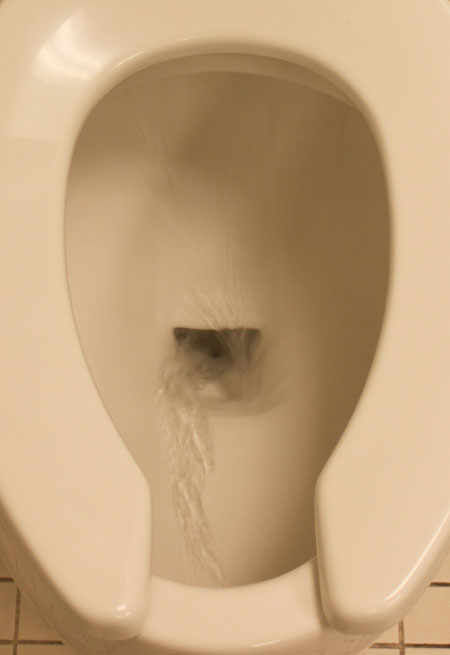 In preparation for the Fiscal Year 2012 (FY 2012) budget, the Census Bureau did a comprehensive review of a number of programs and had to make difficult proposals to terminate and reduce a number of existing programs in order to acquire funds for higher priority programs. The decision to propose the elimination of this program was not made lightly.

Not having the U.S. Statistical Abstract makes accessing standard, basic data more difficult. But at least that cut didn’t reduce the underlying public factual base.

To demonstrate my appreciation for economic reality, I’ll propose alternative budget cuts.  Rather than cutting investment in public data, I propose cutting public spending on healthcare.  The public should be informed that, due to lack of funds, the government suggests that they ride bikes and eat vegetables as a substitute for some medical care.  That’s a trade-off worth making.  If that’s not cutting close enough to home to seem honest to you, here’s another proposal: cut public support for research on economic theory.  We have enough economic theory.  We need to spend more time looking at economic data.