To understand Aristotle’s Problemata, you have to spend time with children.  Most adults who have spent time with children have experienced a child asking “why” about natural phenomena.  Why does medicine taste bad but it’s supposed to be good for you?  Why can’t dogs talk like me?  Why do flowers turn brown?  Why do I feel sleepy?  Because you’re tired.  Why am I tired?  Because you haven’t gotten enough sleep.  Why do I have to sleep?  Because if you don’t sleep, you’ll feel tired.  But why do I have to sleep?  Because, that’s why!

All persons naturally desire to know.  While imagining knowledge to be innocent of socio-political relations, persons also naturally associate knowledge with authority and social status.  Aristotle’s Problemata provides deep insight into the problem:

The orator’s art aims for socio-political dominance over opponents.  With that aim, it cannot claim to provide knowledge, and the orator cannot achieve the status of the philosopher.  That is the nature of the philosopher’s tyranny.

Aristotle’s Problemata has been a hugely successful father for the why’s for more than two millennia.  It contains hundreds of questions beginning with “why” or “why is it.”  It provides discursive responses to those questions.  The responses include relevant information, distinctions, and reasoning.  The responses often take the form of a responding question.  Here are typical examples:

The questions and responses are highly particular and wholly unsystematic.  They are grouped into about thirty-eight topically incoherent books such as “medicine,” “perspiration,” “mathematical theory,” “literary study,” “shrubs and vegetables,” “justice and injustice,” and “the coloration of the flesh.”  Aristotle’s Problemata on the whole primarily conveys the status of knowing (“I know why….”), rather than an actual body of knowledge.

Aristotle’s Problemata has been a highly successful model in the knowledge business.  A work of the form of the Problemata and some of the question-response pairs within it plausibly can be attributed to Aristotle.  The Peripatetics, a school of scholar-teachers working under Aristotle’s brand, circulated and expanded the Problemata for the next millennium.  In the ninth century, Hunayn ibn Ishaq, a leading translator in Baghdad, translated the work into Arabic.[3]  A derivative work, Problemata Aristotelis, circulated widely in over one hundred editions in early modern Europe and had the largest circulation of any work of natural philosophy.  The Problemata Aristotelis was printed in many editions through to the nineteenth century.[4]

Aristotle’s Problemata offered students the superiority of Aristotle through question-response knowledge units that could be acquired individually at low cost, but which were also numerous enough to serve full courses of learned discussion.  Aristotle has been the most honored philosopher in western Eurasia and northern Africa since Alexander the Great conquered much of that wide expanse in the fourth century BGC.  Aristotle’s response to a question is highly valued knowledge.  Moreover, the questions in Aristotle’s Problemata aren’t oriented toward deciding a course of action, nor are they questions that passing time or popular observations could ever resolve.  The questions and responses in Aristotle’s Problemata are oriented toward the personal satisfaction of knowing.  Such knowing can easily assume a nature like the status that the orator seeks. 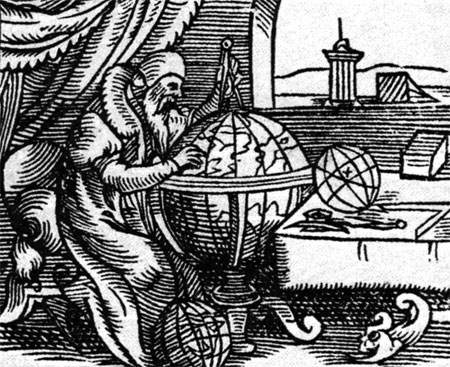