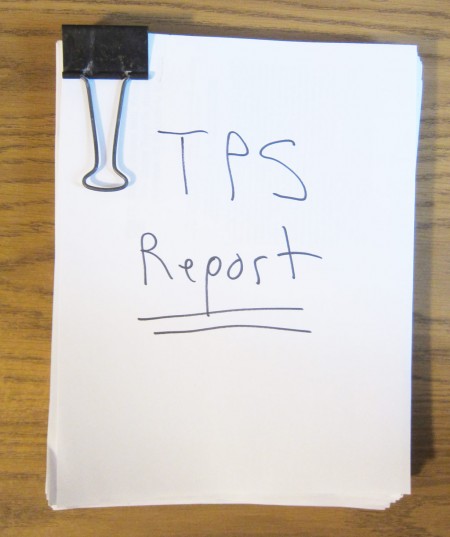 The famous tea jar Chigusa is now on display at the Sackler Gallery in Washington, DC.  Chigusa is one of numberless, anonymous ceramic jars made in southern China during the 13th or 14th century.  Chigusa was routinely transferred to Japan.  There Chigusa received its name, which means “thousand grasses” or “myriad things.”  Japanese tea men displayed, ornamented, and contemplated Chigusa for centuries.  Chigusa, under the appearance of an ordinary ceramic jar, is actually the quintessence of bureaucracy, not surprisingly discovered in Japan. 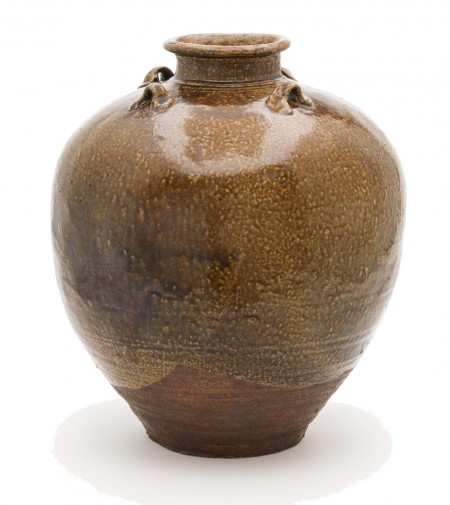 Chigusa is like a routine bureaucratic TPS report.  To insensitive eyes, a TPS report looks like a large stack of papers and an undistinguished cover sheet.  But behind each word of such reports is a chain of crossed-out words extending to the furthermost reaches of the bureaucratic organization.  “Initiative” became “strategic initiative” then “forward-looking proposal” yielded to “business-pivot implementation step” that fell to “proposed performance milestone” raised to “aspirational millennial goal” then simplified to “initiative” that cycles forward in the never-ending business of planning the business. Display, ornamentation, and contemplation are the core principles of TPS report creation.  A thousand blades of grass and myriad things are carefully gathered and arranged in a TPS report.

Everyone who aspires to the highest level of aestheticism in bureaucracy should view Chigusa reverently.

In other bureaucratic issues this month, ordinary citizens are now fighting back against efforts to reduce bureaucrats’ paper use.  Elderly persons are being denied ready access to paper Social Security statements.  That, not surprisingly, makes it more difficult for them to monitor whether their benefits are being cut.  Print newspapers are shrinking, and the number of coupons that can be clipped is plummeting.  The cost to consumers is obvious.  Any paper product currently being produced should not be eliminated before a thorough impact analysis report is prepared on paper.

Another disturbing development is complaint-driven development. This software-development protocol involves pushing the product to real users, listening to their complaints, and fixing the most significant complaints.  A well-run bureaucracy, in contrast, treats each complaint equally.  Each complaint receives a standard response of the following sort:

This response can easily be automated and sent out millions of times at low cost.  Complaint-driven development, in contrast, is expensive and relatively inefficient.

[image] Chigusa image courtesy of Freer Gallery of Art, which acquired Chigusa in 2009.