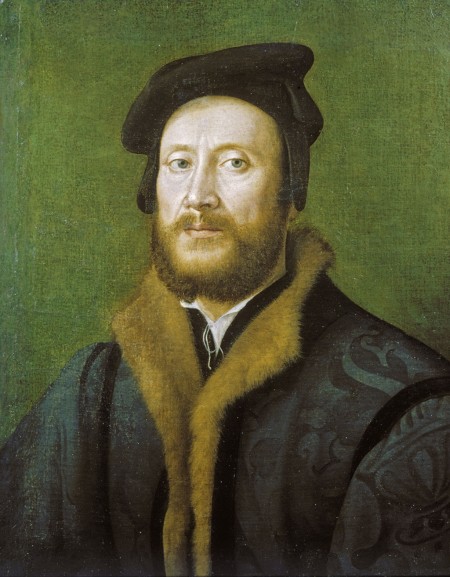 Boccaccio ironically distanced Decameron X.3 to the realm of fantasy.  The story’s narrator presented it as being from a far-away land:

It is beyond doubt, if the reports of various men from Genoa and elsewhere who have been to those parts may be trusted, that in the region of Cathay there once lived a man of noble lineage named Nathan who was rich beyond compare. [1]

Cathay is northern China, far from Boccacio’s Florence.  Travelers’ reports commonly contain stories of wondrous sights, beasts, and events.  The clause “it is beyond doubt” is immediately qualified with reason for doubt.  It should be interpreted ironically.  The two main characters in the story are named Nathan and Mithridanes.  Nathan is a Jewish name.  Christians in medieval Europe stereotyped Jews as being ungenerous.[2]  Mithridanes is a name associated with pre-Christian Roman cultic belief.[3]  Christian nobles and merchants in fourteenth-century Florence would understand Decameron X.3 to be fantastical.

In Decameron X.3, Mithridanes sought to surpass Nathan’s fame for generosity.  Nathan lived in a huge, luxurious palace next to a main thoroughfare.  For many years, everyone who passed by Nathan hosted “in a most agreeable and festive manner.”  Nathan thus acted as the proprietor of a bizarre combination of a motel and a country estate.  Nathan’s renown spread throughout the East and the West.  Mithridanes, another rich man who lived near Nathan, grew envious:

he resolved that through an even greater display of liberality he would either obliterate the old man’s renown or overshadow it.  And so, after having had a palace built similar to Nathan’s, he began to bestow the most extravagant courtesy ever seen on everyone who passed by, going in either direction, and there is no doubt that in a short time he became very famous.

One day, a little, old, poor woman begging for alms from Mithridanes happened to remark that Nathan was more generous than he.  Her remark ignited Mithridanes to raging fury:

How can I ever match Nathan’s greatest acts of generosity, let alone surpass him as I’ve sought to do, when I can’t come close to him in the smallest things?  All my efforts will truly be in vain unless I wipe him off the face of the earth, and since old age isn’t carrying him away all by itself, I’ll have to do the job with my own hands, and that without delay.

Competition in generosity thus led to intent to murder.

Nathan subsequently offered Mithridanes horrible generosity.  Traveling to Nathan’s palace to fulfill his plan to murder him, Mithridanes encountered an old man.  Mithridanes asked the old man for directions to Nathan’s palace.  Mithridanes also requested that, “if possible, he did not want Nathan to see him or to know that he was there.”  The old man was actually Nathan.  He cheerfully and deceptively agreed to Mithridanes request.  Claiming to be one of Nathan’s menial servants, Nathan led Mithridanes to the palace.  There Nathan arranged with his servants not to reveal his identify.  Acting as a menial servant, he won the confidence of Mithridanes.  Mithridanes then told him of his plan to murder Nathan and sought his help.  Nathan agreed to help to arrange for his own murder.

With this horrible generosity, Nathan prevailed over Mithridanes.  Nathan strolled by himself in the woods.  That was the opportunity that Nathan had offered to Mithridanes to murder him.  Mithridanes jumped him, seized him by the turban, and exclaimed, “Old man, you’re as good as dead.”  In a parody upon a parody of Christian self-abnegation, Nathan responded only, “Then I must deserve it.”  Immediately events turned in a different direction:

Upon hearing his voice and looking him in the face, Mithridanes instantly recognized him as the man who had received him with such kindness, had kept him company like a friend, and had advised him so faithfully.  Consequently, his fury immediately subsided, and his anger was transformed into shame.  Hurling away the sword, which he had already drawn out in order to strike his adversary, he dismounted and flung himself down in tears at Nathan’s feet.

Nathan absolved Mithridanes of any wrong-doing in pursuing his murderous scheme:

call it evil or not as you will, there’s no need to ask for my forgiveness or for me to grant it, because you didn’t pursue it out of hatred, but in order to be held in greater esteem. … you have dedicated yourself not to the amassing of wealth, which is what misers do, but to spending what you have accumulated.

That’s a ridiculous justification, made from the perspective of nobles and courtiers looking down on merchants.  With further sarcasm, Boccaccio has Nathan expand upon this justification:

In order to increase their realms, and thus their fame, the most illustrious of emperors and the greatest of kings have practiced almost no art other than killing, not just one man as you wanted to do, but an infinite number of them, as well as putting entire countries to the torch and razing cities to the ground.  And so, if, to achieve renown, I was the only person you wanted to kill, you were not doing anything extraordinary or unusual, but something actually quite commonplace.

Citing his desire to preserve his unblemished record for generosity, Nathan then implored Mithridanes to kill him.  Mithridanes refused.  Nathan’s concern to be generous generated his grotesque devaluation of his own  life.  Only Mithridanes lack of generosity saved Nathan’s life.

Nathan further underscored the perversity of social status-seeking.  In gratitude to Nathan for not condemning his evil intent, Mithridanes offered the platitude that he would like to give years of his life to Nathan.  Nathan, greedy to add to his public record of generous acts, proposed a mechanism to effect that gift.  Nathan proposed that Mithridanes subsequently pretend to be Nathan, and Nathan pretend to be Mithridanes.  The young man Mithridanes could then deceptively add many more years of deeds of generosity to Nathan’s public record.  Mithridanes refused that absurd scheme only out of appreciation for his own inferiority in generosity:

If I knew how to comport myself as well as you do now, and as you’ve always done, I”d take your offer without giving it a second thought, but because I feel quite certain that my actions would only serve to diminish Nathan’s fame, and because I have no intention of marring in another what I cannot make perfect in myself, I won’t accept it.

This isn’t just a story of two gentlemen donkeys stuck at a door, insistently saying to each other, “No, please, you first.”  The story of Nathan and Mithridanes describes perverse effects of social status being much more dear than material goods.[5]

Arabic culture has a deep tradition of hospitality as measure of social status.  Hatim Tai, a Christian Arab who lived in the sixth century, became a focal point for stories about generosity in Arabic culture.  In a book by Saadi, a major Persian poet writing in the thirteenth century, Hatim Tai is the renowned generous person in a story much like that of Decameron X.3.[4]  Another story about Hatim Tai is preserved in Arabic in the 1001 Nights.  That story places Hatim Tai’s generosity squarely within pre-Islamic Arabic culture.  Travelers at the top of a mountain came across Hatim Tai’s grave.  One traveler said mockingly, “We are your guests tonight, Hatim, and we are hungry.”  After falling asleep for the night, the traveler had a dream:

I saw Hatim approaching me with a sword.  “You have come to me,” he said, “but I have no provisions.”  He then struck my camel with his sword [6]

The traveler’s own camel thus provided the meat that the host offered.  Slaughtering a camel for a shared meal is a typical feature of a pre-Islamic ode.[7]  Hatim Tai’s slaughter of the traveler’s camel, like Decameron X.3, shows a perverse effect of intense concern for maintaining social status of generosity.[8]

This is my commandment, that you love one another as I have loved you. [9]

From a Christian perspective, Jesus realized God, love, and salvation for humanity by allowing himself to be crucified.  Jesus’ words “love one another as I have loved you” mean love one another with complete self-giving, even to the point of death:

No one has greater love than this, to lay down one’s life for one’s friends. [10]

Like the Decameron’s story of Frate Alberto, Decameron X.3 superficially looks like a parody of Christian scripture.  But Christian extreme generosity isn’t about social status.  Jesus was the son of a carpenter from a provincial town of Judea.  Crucifixion was a degrading means of execution.  Jesus frequently disparaged prayers and pious acts intended to garner social acclaim.[11]  The distinction between outer and inner generosity is crucial in Christian understanding.  That distinction is also crucial for fully understanding Decameron X.3.

Accumulating material wealth, dissipating human sense of divine favor, and powerful new communication technologies are increasing the price of self-esteem and social status relative to material goods.  The dehumanization of materialism and consumerism is becoming less of a personal risk.  The social position of nobles and courtiers is being democratized.  Competition for social status encourages disconnection between the outer and inner person. Decameron X.3 provides a critical perspective on new personal risks in the Facebook-Twitter-smartphone social economy.

[2] The southwestern Eurasian tribal value of generosity is not surprisingly an aspect of Jewish tradition.  The prophet Isaiah in Hebrew scripture expressed that value:

All you who are thirsty,
come to the water!
You who have no money,
come, receive grain and eat;
Come, without paying and without cost,
drink wine and milk!

Isaiah 55:1.  The underlying idea is that the Lord is a good (generous) host.

[3] The Roman deity Mithras was the focus of a popular Roman cult.

The sentiment in this divine story so far exceeds all the bounds of the most daring fancy of our ancient and modern times, that one cannot help thinking that this work of fiction had its source in the sunny plains of the Orient, and was the offspring of a bright and peaceful mind.

[7] Examples of pre-Islamic odes (qasā’id) that describe killing a camel and sharing a meal of its meat are the Muʻallaqah of Imruʼ al-Qays and the Lāmiyyat al-‘Arab.

[8] Abū l-Ḥakam al-Maghribī, Maʿarrat al-bayt (The Domestic Scandal), written in twelfth-century Damascus, provides a light-hearted view of the hardships of a hospitable host.  In the penultimate line, the host concludes:

At other people’s places drinking
Is better, in my way of thinking.

[image] Portrait of a Bolognese Gentleman in a Fur-lined Coat, c. 1523-25, by Giuliano Bugiardini (Italian, 1475-1554).  The Walters Art Museum, 37.1101.  Special thanks to the Walters for their leadership in making art accessible worldwide on the Internet.